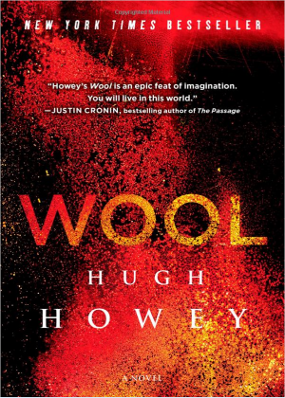 This week, self-publishing has turned the corner. A national newspaper in the UK has announced a competition to find the best self-published books floating around cyberspace. What’s even more exciting is that this is a monthly competition. It’s a wonderful promotional opportunity.

The competition is run by the Guardian newspaper, whose Books section is one of the best on the Internet. With frequent contributions from luminaries in the SF field such as Christopher Priest and Eric Brown, it’s also a great place to keep up to speed on mainstream, or “legacy”, publishing.

The competition is The Guardian Legend Self-Published Book of the Month. It is open to anyone who is based in the UK and aged 18 or over. Manuscripts must be fiction, over 40,000 words and they must never have been traditionally published beforehand. You can read the rules here.

It’s the first time that a major prize like this had been awarded by the mainstream media. The Guardian is clearly ahead of the curve. The risk for the organisers is that they are hit with a deluge of manuscripts. Who could forget commissioning editor David Moore of Abaddon Books describing the world of self-publishing and blogs as “essentially just a huge, huge slush pile”?

The enormous media interest in self-publishing has been fired by the breakthrough success of Wool by Hugh Howey, so SF is leading the way in this field. It’s strange therefore to hear the Guardian’s flamboyant Books section editor Claire Armistead warning that “It’s all too easy to dismiss the self-publishing sector as a wilderness of elves, sex and high-school romcoms”.

That comment shouldn’t put off fantasy and SF authors from entering the competition.What’s wrong with elves and other fantasy beings anyway? I’m sure that if William of Stratford-upon-Avon submitted his tale of fairies, A Midsummer Night’s Dream, it might have an outside chance of catching the judges’ attention. It’s even set in a wilderness.

Any bets on whether similar competitions will be starting in the USA, Australia or elsewhere soon? Do other languages already have competitions like this?