On Monday Skyfall was released on Blu-ray and DVD in the UK. Tomorrow Cloud Atlas will open in UK cinemas. Two films, poles apart. Skyfall, the 23th entry in probably the world’s longest running and most successful film franchise. An undemanding, commercially safe example of formula film-making and an enormous box-office hit. Cloud Atlas a massively ambitious original SF film based on a novel by David Mitchell, one of the most acclaimed writers of his generation. A film adapted and directed by Lana Wachowski and Andy Wachowski (The Matrix trilogy) and Tom Tykwer. A film with an all-star cast. An independent production, because not one studio in Hollywood was prepared to fund it. A box office failure. This is what cinema has come to… 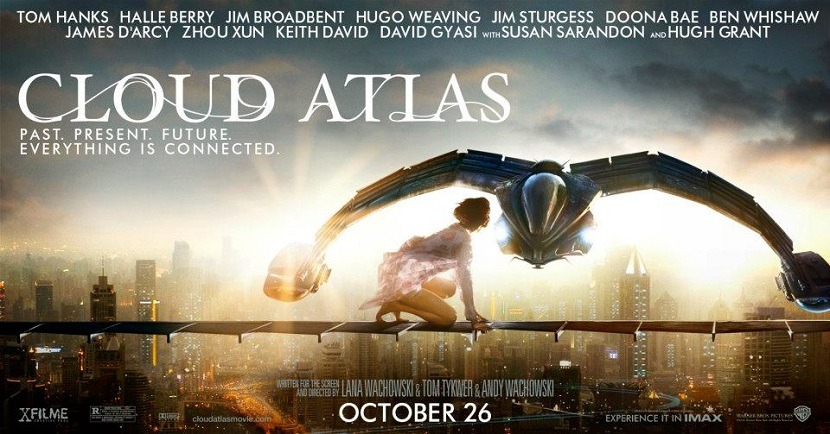 Go back 70 years and film franchises were low budget B pictures designed to fill an hour on the lower half of a standard double-feature. Series like the 1940’s Sherlock Holmes movies, the Bowery Boys pictures, the Charlie Chan flicks. They were not major films which sucked up the majority of Hollywood’s resources and dominated the box office for weeks at a time.

In the 1950’s Toho Company Limited, beginning with Godzilla (1954), developed a long running monster movie franchise. Godzilla is being remade for the umpteenth time right now. In the late 1950’s Hammer launched into the Dracula and Frankenstein business, while staying in Britain, the Carry On films became box-office gold (they didn’t export well). These were all relatively low budget films. Then in 1962 everything began to change as Dr No set in motion the Bond behemoth (which has had enough SF elements over the years to come under the remit of Amazing Stories), and which fifty years later is as successful as ever.

The world has changed a lot in 50 years. Back then, when people went to see the big new movie, it was an individual, original film (Lawrence of Arabia, My Fair Lady, Zulu, El Cid, How The West Was Won, The Longest Day, 2001: A Space Odyssey), shown in a big individual cinema. The film was designed to be massive, probably shot in 70mm for picture quality modern multiplexes can only dream of, designed to work only on a huge screen, not an iPhone. If they went for a meal before or afterwards, it was almost certainly at an individual, privately owned restaurant. 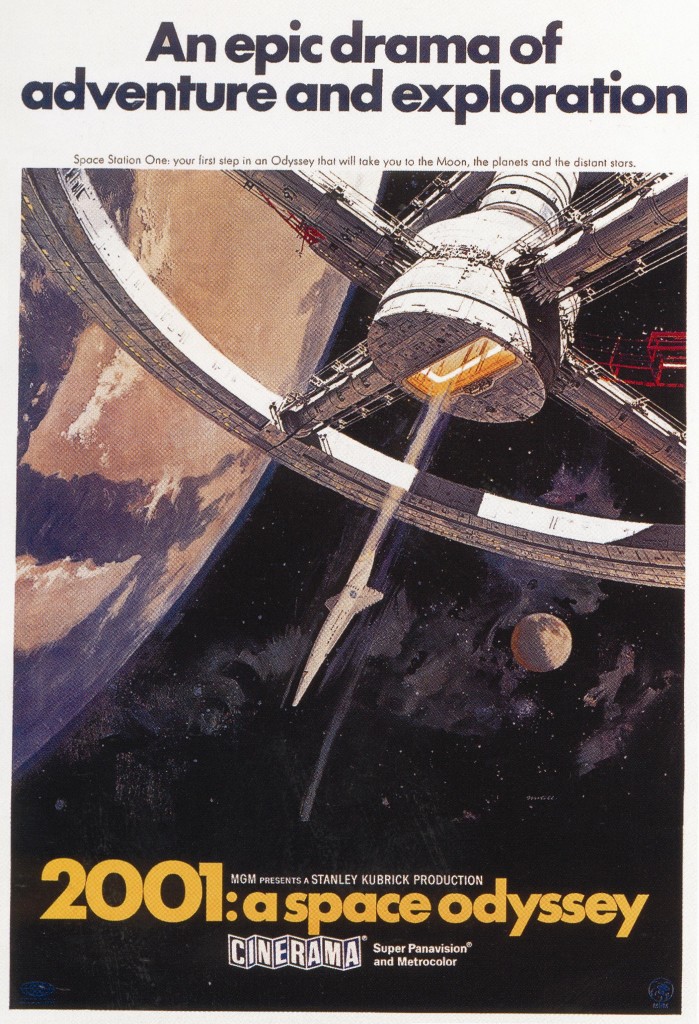 Great films don’t need sequels. They are complete in and of themselves, saying what they have to say and burning their bridges as they go. Which is not to say that sometimes a great sequel doesn’t come along, and that some franchise films aren’t very entertaining, but great sequels are so few they hardly justify the masses of ordinary follow-ups to often not very good originals. For every Aliens there is a Cocoon: The Return, and a Men in Black III, and a Batman and Robin, and a Star Trek V, and a Friday the 13th Part VI: Jason Lives and many more mediocre celluloid cashgrabs besides.

Unfortunately, over the last 50 years the world has been franchised. Now when people go to see the big new movie it is highly likely to be a franchise picture, a sequel, remake, reboot, reimagining, or whatever the latest term is used by film-makers to gloss over redundancy. It will almost certainly be seen in a bland, anonymous, franchised, chain cinema. If they go for a meal before or afterwards it will most likely be in the adjoining mall / shopping plaza at a franchise outlet. (The UK didn’t get its first McDonald’s until 1974.) The entire experience will be entirely predictable from beginning to end.

All this is entirely antithetical to great SF or fantasy or horror. Great cinema stimulates and challenges the imagination. It doesn’t deliver more of the same, like comfort food, like McDonald’s.

If Bond showed the money that could be made from a franchise, it was with the four sequels and TV series spun-off from Planet of the Apes (1968), which really set Hollywood on the road to the franchisation of genre. Even so, in the 1970’s individual SF films were the norm. Because Soylent Green, Rollerball, Logan’s Run, said everything they needed to say. No sequel necessary.

Then Star Wars came along and was so successful it would have been almost impossible not to make a sequel, and attitudes towards franchises began to change. Every blockbuster came to be seen as the potential launch of a franchise. Superman was considered such a box office cert its first sequel was effectively shot at the same time as the original. Halloween and Friday The 13th became franchises. Back to the Future was the first Hollywood blockbuster to have two sequels shot together. Alien, Poltergeist, The Terminator and too many more to list were franchised.

30 years later this process has, if not killed, then mortally wounded not just SF, fantasy and horror cinema, but, by taking up the production money which would otherwise be invested elsewhere, seriously damaged mainstream cinema as well. Want a fantastic epic about Ernest Shackleton’s incredible Antarctic adventures, or the true story of the Dam Busters raid in WWII? Too bad. Both projects, and many others, have been shelved because franchise pictures are both less of a financial risk and potentially much more lucrative.

Instead of original SF or fantasy movies, we get endless streams of sequels, prequels and reboots. No film is too old to be reworked; last summer Ridley Scott delivered Prometheus, a prequel to the 33 year old Alien, in the process doing his best to destroy his legacy. Now he threatens to franchise Blade Runner. Meanwhile there are countless Jurassic Parks, Pirates of the Caribbean, Harry Potters, Twilights, Hunger Games. Superheroes sagas are endlessly spun-out in trilogies then re-launched. This summer will see more Star Trek, and, from the same director, in two or three years, more Star Wars. Will it ever end? Cinema by instalment plan, big budget franchised serials which make more sense watched at home, all in a row, movies which are more like episodes of a massive budget TV show than cinema as we traditionally know it – unique stories with a beginning, middle end and purpose.

Some people get excited about the latest revival. I find it depressing that the first Bond film came out only a few months after I was born. More depressing that they will almost certainly still be being churning the things out after I am gone. That’s not progress. That’s stagnation. Star Wars was already a nostalgic throwback to the 1930’s when it was new. 40 years ago. As a teenager Star Wars was the most thrilling thing in the world. Making more now, well that’s just depressing. The Lord of the Rings, sensibly filmed as three epic films, now results in The Hobbit being ludicrously stretched to three epic films. Avatar is to birth two sequels and a prequel. The Terminator is on his way back. Indiana Jones is sure to return.

The lesser part of my problem is that lapping up these films is the same mentality as going to a junk food outlet rather than eating in a restaurant. You know exactly what you are getting, because it is always the same. It is a safe bland formula for people who don’t want anything new, don’t want a fresh experience. Don’t want to be challenged. Don’t want quality.

But here is the real problem. A film like Cloud Atlas, however good or bad it may be, could not raise studio funding in the US. The budget was raised independently. No US studio was prepared to take the gamble on something fresh and different and a little bit challenging. Real SF films, however good or bad, do keep getting made – Antiviral, Errors of the Human Body, Mr Nobody, Never Let Me Go, Beyond the Black Rainbow, Vanishing Waves – but they are not mainstream studio product. Because the serious production money is being spent on B movies for children. That is my problem. Franchise films prevent something better being made.

The only intelligent piece of SF with a summer blockbuster budget made in at least a decade is Inception. (Avatar and John Carter may have been entertaining fun. Intelligent, original SF, they were not). And Inception doesn’t have a sequel, barely any spin-offs at all, not only because they are unnecessary, but because they are almost impossible.

Even so, you would imagine, given the success of Inception that there would be a spate of big budget intelligent SF movies being released in its wake. This hasn’t happened for one simple reason. Hardly anyone in Hollywood has the first clue how to write or make an intelligent SF film. Hollywood genre film-makers are gifted in the art of producing visual spectacle, but they no longer understand how to tell a coherent, imaginative story. Who cares if it makes sense or has boring old fashioned things like character, plot, subtext, point, as long as it sells tickets? Generating widescreen dazzle and telling a worthwhile story require almost mutually exclusive skill-sets, and now making another entry in the franchise comes first, after which the actual story becomes just an inconvenience to be worked out so as to have something to fill two hours. James Cameron once had all the necessary skills, but has let the technology take over. Which, given the subtext of most of his work is ironic. That leaves Christopher Nolan who still remembers that the toys are there to help film-makers tell a story. They aren’t the story or the point.

Now imagine the billions of dollars spent every summer producing franchise pictures – these monsters cost upwards of $150 – $250 a piece – being used to finance new, original, films. Films based on great books by great SF or fantasy writers, or even original screenplays by great SF and fantasy writers. People who know how to tell a story and have something to say. Not just how to make a multi-million dollar deal, frame a shot and tell the SFX teams what to do so 13-year-olds spill their popcorn.

So, you want to be able to go and see intelligent, creative, original SF and fantasy movies? Stop going to see franchise pictures. They are killing cinema. I stopped seeing 95% of these things long ago. It saves me time. It saves me money. It save me disappointment. And it gives me the time and money to watch something much more interesting instead. 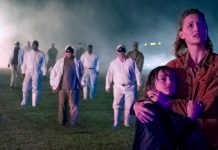