Millions of fans tuned in to HBO Sunday night to watch the latest installment of George R. R. Martin’s epic fantasy series translated onto their televisions.

[SPOILERS:] Many did not imagine that Jon Snow and his merry band of zombie hunters would be facing down the zombie apocalypse. Many story lines on the television show have pushed beyond Martin’s published novels. Readers have only had glimpses of the Long Night in the books. Martin practices the Greek method in many of his tales, allowing the main action to occur offstage. So has it been with many of the great battles of Westeros.

On the latest installment of Game of Thrones, the producers brought the action into our living rooms. It is a scene untold in the novels. Jon Snow, ranging far to the north in an attempt to make peace with the wildlings, faces down the undead threat.

As I sat and watched the zombie hordes sweep across the snow-covered village of Hardhome, I found myself speculating on the truth about zombies.

The origins of the “zombi” or “zonbi” are tangled within a mixture of African and Haitian culture. Legend speaks of practitioners of Vodou, commonly known as Voodoo, creating zombies through the use of magic or medicine.

Some would suggest that these sorcerers, called Bokors, use tricks of herbalism to cause their targets to appear dead. Once they have been buried, they are dug up and taken on as catatonic slaves. The herbs given to the victims cause them to become detached from reality and live in a virtually mindless state, serving the Bokors in all things.

Others believe that the Bokors are able to raise the soulless bodies of the dead so that they may serve as undead. Folktales speak of the frightening power of their dark magic. Bokors are feared and respected because of these tales.

The Haitian legends extend back hundreds of years, but it wasn’t until the nineteenth and twentieth centuries that they began to gather worldwide momentum. The English spelling “zombie” appeared in a history of Brazil authored by Robert Southey in 1819. 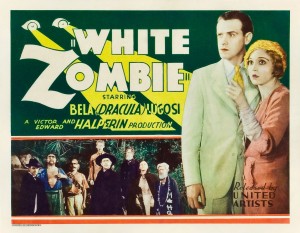 In 1929, W. B. Seabrook published his novel The Magic Island. The book exposed many readers to the concept of the Haitian zombie.

By 1932, the amazing Bela Lugosi stared in the motion picture White Zombie. So began the real life zombie apocalypse.

Creative minds slowly warped the nature and origins of zombies. The zombie slowly turned from a voodoo punishment to an uncontrollable horde of unstoppable undead. Every good zombie apocalypse story has a mechanism by which the virtually helpless masses are easily turned into zombies.

The bite of a zombie is a common agent to spread the disease. Some consider this element of zombie tales as having been stolen from the vampire legends. After all, vampires spread their curse through a bite.

What started with a single book and a single movie has now spread bite by bite across the world. Comic books such as Tales from the Crypt started to spread the tale of the zombie in the 1950s.

Even the Science Fiction and Fantasy Writers of America Grand Master Robert A. Heinlein wrote a story titled “All You Zombies” in 1959. While the story was not necessarily about zombies, it contributed to the spread. 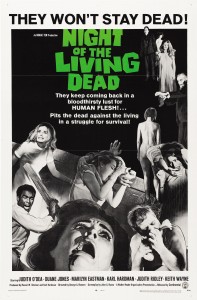 Many consider the 1968 film Night of the Living Dead to be the greatest zombie movie of all time. The film by George A. Romero served to complete the transformation from Haitian thrall to flesh eating zombie.

The parade of zombie pictures has continued to build momentum ever since. Dozens of zombie films have found their way to the silver screen. The number continued to increase as we reached the twenty-first century.

The zombie apocalypse has even managed to infect one of the greatest fantasy television shows of all time, Game of Thrones.

The Centers for Disease Control and Prevention (CDC) even offer information on zombie preparedness.

You see, the truth about zombies is that the apocalypse is real. Day by day the zombies infect everything. They are in our homes, our books, our phones, our computers, and even in our government. 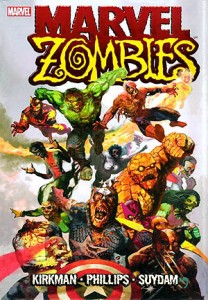 All of you who think that there will be a king or queen crowned at the end of Game of Thrones are not paying attention. Don’t you remember all of the beloved characters dying off week by week? You can be assured that the end game of Thrones will be the zombie apocalypse. No one gets out alive. Talk about your surprise ending.

As the infection spreads around the globe, some are crying out for a superhero to save us all. Again, I must reveal the truth. Disney has already been infected. When the Infinity Wars wrap, Iron Man, Captain America, and the Hulk will find themselves joining the team.

If Marvel Zombies are the future, how can any of us survive? Those zombie survival camps are starting to sound better all the time.