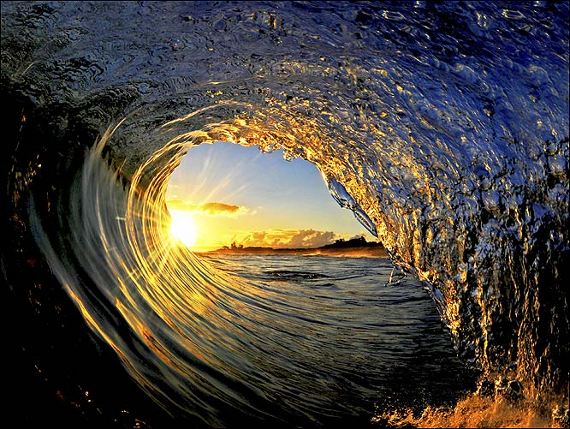 Bestsellers have been migrating online since Amazon.com opened its virtual doors in 1995. Now ¾ of them are online, e-books and print combined. Two years ago Borders shut its doors. Mike Shatzkin of the Shatzkin Files tells me that Barnes & Noble continues to close stores as leases expire.

Our very own Chapters/Indigo in Canada is rapidly turning into a gift store. Mid-listed and lower listed authors are finding their print books returned to them (I know; I’m one of them). Further to that, I can also state that the digital version of my books—available in multi-formats including print, audio, e-book, and graphic novel—is selling at a ratio of at least 5 to 1 over any other format sold. Amazon recently revealed that Indie and small-press books account for half of the e-book sales in its most popular and bestselling genres. In a startling and controversial statistical report, Writer Hugh Howey determined that 92% of the top-100 best-selling books in the top-selling genres (based on Amazon sales) are e-books.

Despite the challenge on the use of statistics and data reporting in the Howey study, some of the overall trends he discussed (though the study may not have proven) are becoming obvious.

Over the past six years a mass migration into e-books has occurred—thanks to Kindle. We’ve had three years of great “hand-held delivery” of graphics—thanks to the iPad. Novels and non-fiction have blossomed over the Internet and into our cherished smart phones and other portable devices. It’s only time before consumers of illustrated books and children’s books embrace this market. One of my colleagues is counting on it. She has just completed an annotated version of an Edwardian illustrated guide to pets that is splendid with old plates and wonderful anecdotes. And it will be sold only as an e-book.

A bazillion ebook retailing models are sprouting to embrace the flourishing of individual expression and readers who use Kindle, Kobo, and other portable reading devices. For instance there’s Safari, 24symbols, Oyster, Scribd, Entitle, and Librify. Then there’s Amazon’s PRIME, a kind of “library” lending service for its subscribers. They also have Kindle Fire for kids.

The big publishers have shifted majorly to ebooks to improve their margins and profitability. Even literary agents are dabbling in the publishing business now (e.g., E-Reads, Diversion, Rosetta, Curtis Brown, Writer’s House).

This is all great news for the self-published author, who is increasingly relying on the ebook format and Internet distribution platform of social media to earn a living as a writer.

Of a surety, the number of self-published books that succeed is still a tiny fraction of the number of books published overall. However, this needs to be seen in the greater context: the number of successful books (as gauged by various measures of “bestselling-status”), no matter how published, has always been a crap shoot, with many books not enjoying the kind of success their authors would wish—or deserve. The number of books mid-listed and below has always been a very high percentage of the totality. As with most niche markets, publishing success and sales has followed and continues to follow a long tail, with the few earning a lot stretching its long tail to the many earning a little. “The number of people reading wasn’t enough to support the number of authors publishing traditionally,” author Hugh Howey points out in an article called “I See it Half-Full”. This, no matter how a book is published or by whom.

What does this mean to those of you just getting started and still choosing which route to follow?

Those of us in the industry have been hearing some interesting back and forths spanning from writers like John Green who passionately maintains that he would “never self-publish” and that there is an advantage to publishing the traditional route to others like Brenna Aubrey who turned down an auctioned offer from a Big Five publisher to self-publish with no regrets and to great success.

In an article entitled “the Third Way of Book Publishing”, successful self-published author Mathew Mather argues for a hybrid approach. In the article, he shares how he became a successfully published author without the help of any of the Big Five publishers and the results were incredible :

“By self-publishing and without any help from the Big Five, I’ve gathered nearly 200,000 readers in under two years. This was only possible because of the new platforms and outlets that became available to authors in the past few years. Without them, I wouldn’t be an author, or at least, not a ‘published author’. And, because of my self-publishing success, 20th Century Fox purchased the film rights to my second novel, CyberStorm.”

Mather suggests an alternative paradigm that mixes self-publishing with traditional publishing and involves the author’s rights. Mather says that “If a writer manages to get out a self-published book that is successful, they can separate out rights for: domestic US, Canada, UK, rest of world country by country, audio rights, film and TV rights and so on.” Mather himself kept self-publishing in the US domestic market (both print and electronic) and sold off rights for foreign markets through an agent or through larger traditional publishers.

Mather provides the example of Hugh Howey, who kept his electronic publishing rights while doing print deals with other publishers. I’ve done the same for several of my books. While I collect small royalties (12%) from my American Indie publishing house who has bought the rights to the print version of The Splintered Universe, I kept the rights to the e-book version, which I sell on Amazon KDP for a much higher royalty (70%). I make more per e-book despite its reduced retail price; and, as I mentioned above, I sell more e-books than print books, by about 5:1. Howey provides more interesting statistics for writers to consider.

This is an exciting time. The writing and publishing industry is experiencing a tidal wave of change. If you like waves and don’t mind getting a little wet, chances are you’ll enjoy an awesome ride. Publishing success now and in the future will not rely on any single model. It doesn’t matter if you use a longboard, gun, fish or bonzer. Just get up and surf the wave.

As with other facets of business, art and expression that have been touched by the Internet, storytelling is currently experiencing a renaissance of individual expression that will involve many different ways to express, communicate and distribute “story”—some yet to be imagined.