It’s me again, your certifiable comic-con geek, reporting on the London MCM Expo for October, 2013. Mind you, if I had stayed in Fargo, North Dakota during the same time frame I was in London, I would have been able to attend Valleycon, the local version of Comic-Con. Decisions, decisions, decisions (not really!). One of my favorite sayings is “a bad day in London beats a good day in Fargo.” Anyway, I was in London for other reasons, and it was just by luck that Expo was going on the second weekend I was there. I went on my own, taking the Underground from Hounslow Central to Canning Town—nearly an hour on the trains. From Canning Town Station it was a ten-minute walk to the Excel Centre. There were already throngs of people making their way up the steps in front of the Excel, even before 9:00 a.m. It never ceases to amaze me how much effort some people put into their cosplay. There were some stunning examples this time: 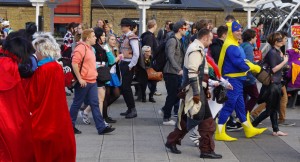 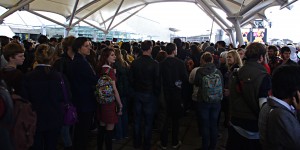 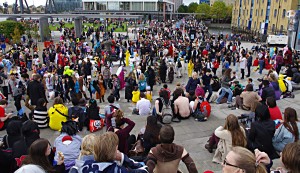 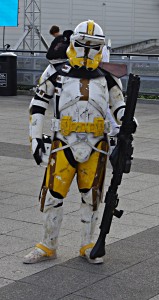 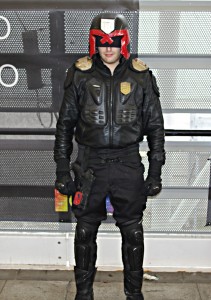 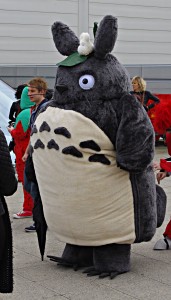 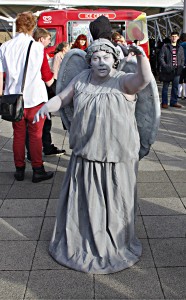 Others come in groups: 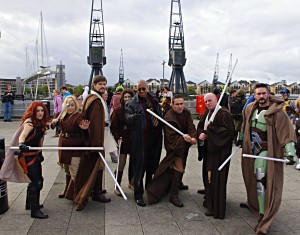 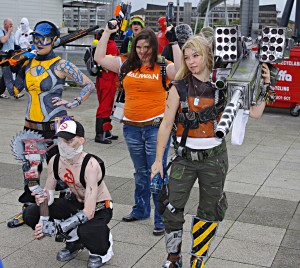 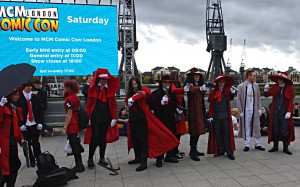 Some even bring their own transportation: 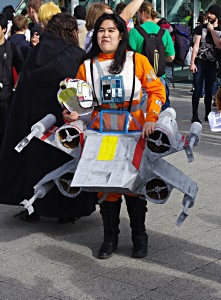 My best friend in his UKCM gear, looking menacing as ever: 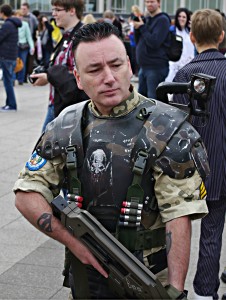 My new friend Robin in his U.S. version of Sherlock Holmes from Elementary: 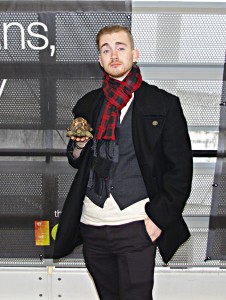 Good friends old and new, inventive and fantastical costumes, even a few celebrities thrown in for good measure; what’s not to love? I’ll be back in London in May, 2014, just in time for another Expo. If you ever get the chance to go to any decent comic-con—GO! Get your geek on!