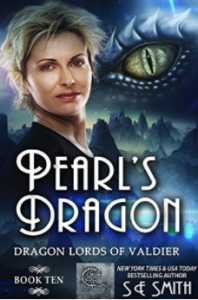 A recent, scholarly article by Sylvia Spruck Wrigley appeared in the November 28, 2019 issue of Nature, proposing that “The lack of older women in sci-fi novels reflects ageism and sexism.” In the piece, Ms. Wrigley went on to discuss her research at great length and stated that she had “…so far confirmed just 36 English-language novels in the genre that feature old women as major figures.” I applaud her dedication and effort to shine a light on the situation.

In hopes of expanding the conversation a bit, I thought I’d bring in the science fiction romance genre perspective, as we do have novels to offer highlighting “female elders as multifaceted beings” to quote Ms. Wrigley once more. I’ll cite no research and have no footnotes, this isn’t an exhaustive list I’m sure, but the original article engendered much conversation in SFR circles. While the general unscientific consensus seemed to be most of us write heroines in their twenties to fifties, there are books in our genre featuring the 50+ woman as either the main character or a strong supporting character.

The SFR author community seems very open to writing stories of action, adventure and romance for women of any age, depending on the story the writer wishes to tell.

The first author who comes immediately to my mind in this regard is New York Times and USA Today Best Selling Author SE Smith, whose Pearl’s Dragon: A Dragon Lords of Valdier and Sarafin Warrior Crossover features a no-nonsense grandmother as heroine.  Here’s an excerpt from the book’s blurb that describes Pearl a bit more fully:  Pearl St. Claire is enjoying a new adventure – learning to live on an alien planet. As a mature woman in her sixties, she thought she had experienced just about everything life could throw at her – only to discover she hasn’t really experienced anything yet! She is both amused and exasperated when one of the dragon-shifting aliens kidnaps her, believing she is his true mate.

Life is no longer boring or lonely as Asim courts the enchanting and spirited, human woman, but he isn’t the only one who has noticed Pearl or the unusual animals under his care. When poachers attack, determined to steal the exotic creatures under his protection – including Pearl and a new clutch of alien eggs from Earth – he will do everything he can to protect them. 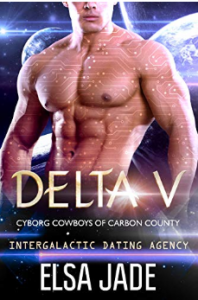 Then there’s Delta V: Intergalactic Dating Agency (Cyborg Cowboys of Carbon County Book 2) from Elsa Jade, whose heroine is described as follows in the blurb: For the first time in her fifty years, Big Sky Country is feeling small and lonely to Montana rancher Lindy Minervudottir. With the five-year anniversary of her wife’s death looming, she’s not sure if the future matters. But then a futuristic fighter flies into her life.

Earth is a small, blue marble in the vastness of space, and two needy hearts are even smaller than quarks at that scale. But with a long-gone enemy closing in, if quantum entanglement and the irresistible force of love can’t bind them together, the world itself hangs in the balance.

Lindy is another no-nonsense older woman who runs her ranch by herself just fine and needs a lot of convincing to take a chance on the alien cyborg courting her. It was a sweet read. 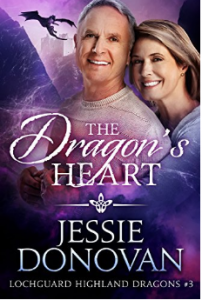 New York Times and USA today Best Selling Author Jessie Donovan brings a mature romance to The Dragon’s Heart (Lochguard Highland Dragons Book 3), with this description of the heroine from the blurb: Lorna MacKenzie lost her mate nearly thirty years ago. Dedicating her life to her children, she brushed off the thought of ever finding love again. After all, Jamie MacKenzie had been her true mate. Who could ever replace him?

She also wrote a 60-something side character for Craved by the Dragon (Stonefire British Dragons Book 11), giving the hero’s mother a romantic thread. 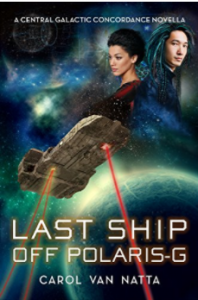 USA Today Best Selling Author Carol Van Natta’s heroine Anitra in Last Ship Off Polaris-G: A Central Galactic Concordance Novella is 55 years old and her love interest Gavril is 56. Anitra’s task, from the blurb, is as follows: Government supply depot manager Anitra Helden races to gather the last of Pol-G’s assets. Her plan to launch a mothballed freighter off Pol-G may be crazy—but it can work, if she can talk Gavril into helping. Their precious cargo? Four thousand stranded colonists.

Trinity Blacio has a steamy hot series entitled Grandmas Need Lovin Too, spicy enough to earn their place in the paranormal erotica categories. (SFR is sometimes regarded as a subset of paranormal, versus being in its own genre,) These heroines are in their 50’s but time hasn’t slowed them down in the least. 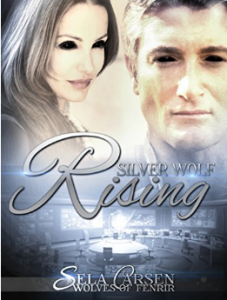 Author Sela Carson’s heroine in Silver Wolf Rising (Wolves of Fenrir Book 3) is described in this fashion in the blurb: Dagny tärEinar is on her way to Earth to start her new life. Not that she knows what that’ll be like – a long-time widow with grown children, she hardly knows who she is anymore.

Author Carson says of her inspiration for the tale: I wrote the first one as a challenge a few years ago when someone mentioned the lack of older heroines in romance in general. I was already writing my SFR series and Dagny just showed up perfectly. I didn’t realize until later how rare she would be, in the grand scheme of things.

The author has provided the following to me for this post regarding a second story:  Also, the heroine in my short story “Roll of the Dice,” which is included in Ace’s Odds is over 50. She’s a retired sex worker/courtesan.

USA Today Best Selling Author Michelle Howard has taken the tack of allowing a couple in her Stolen Moments series to “age into” this elder dynamic. 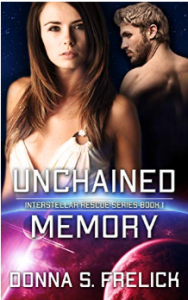 There are a number of SFR novels or novellas where the female elder is a supporting character, relied upon for advice and counsel and may even have her own romantic subplot. Donna S. Frelick features an elder Appalachian woman in Unchained Memory (The Interstellar Rescue Series Book 1) providing guidance to the 30-something heroine and a senior Navajo woman in Not Fade Away (Interstellar Rescue Series book 4) in a similar role. The author explained to me: In the first book, Ida provides Asia validation of her experience of abduction by the Grays, since she had the same experience as a child. In the second book, Geneva Twohawks helps lead the fight against alien hunters working on behalf of a Gray with galactic ambitions.

Author P.J. Dean created a truly memorable older woman secondary character in her Felig Chronicles series, with the heroine’s mother, Matty Cain, who gives advice and encouragement and has her own battles to fight in the books (although no romance for her).  The author explained her character to me thusly: The perfect mother with perfect style. Always chic even in death. Whether giving her daughter, Tina, tips on fighting aliens, or on love, she’s probably wearing her favorite pumps or carrying her prize Kelly bag. But be careful. She just might crown you with it. 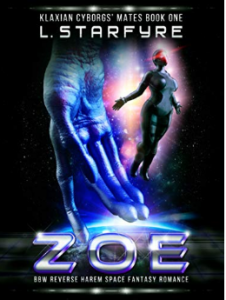 Liana Brooks has this to say of Captain Elia Sciarra, a supporting character in her Bodies in Motion (Newton’s Laws Book 1) novel: She is the aunt and captain of the MMC (main male character), a warmonger captain who led a mutiny to keep her crew alive and who is willing to cross political lines to see her family prosper. She is loyal and lethal, a great friend and a loving aunt, but a very dangerous enemy.

I wrote a multifaceted elder woman in Star Cruise: Idol’s Curse as a supporting character for the heroine and hero as they battle an unusual alien menace on an interstellar cruise liner. Aunt Dian is a retired Special Forces operator, definitely 50+, with a telepathic dog and I’m hoping in 2020 to write a series featuring her further adventures on her own and yes, romance is definitely in her future.

In summary, granted there are literally dozens of new SFR novels being released every week and the examples listed above are a small percentage of the annual total, but I think it does show a willingness in SFR circles to give the “female elder as multifaceted being” her turn in the spotlight. This snapshot gives a somewhat more encouraging picture of the situation in SFR than the one Ms. Wrigley has documented so well in her research on the ‘hard’ science fiction genre. Of course by and large SFR authors are women – not exclusively but a high percentage – which I would posit also might make a difference.

Hopefully the way forward in both ‘hard’ science fiction and SFR will include an ever expanding roster of women characters of all ages. 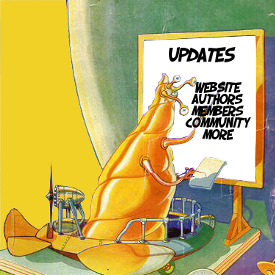 Producing an Audiobook with Audible’s ACX