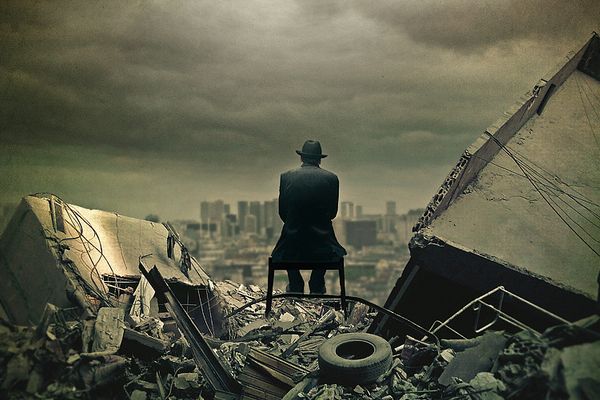 In this election year there is nothing like the prospect of a loud-mouthed, egotistical megalomaniac running for the highest office in the land to inspire dreams of dystopia.

I know America is not the world, but coming from the perspective of a close neighbor, one who is prone to catch a cold when America sneezes, what we see is provoking justifiable fears for the future.

And its fodder for jokes as well, the internet being what it is. One of my favorites goes something like this:

2017: “No way will President Trump fire all those Nukes”

Let’s do a random sample of some of the best dystopias. 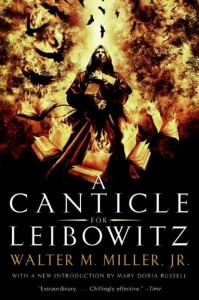 A Canticle for Leibowitz is a post-apocalyptic science fiction novel by American writer Walter M. Miller, Jr., first published in 1960. Set in a Catholic monastery in the desert of the Southwestern United States after a devastating nuclear war, the story spans thousands of years as civilization rebuilds itself. The monks of the fictional Albertian Order of Leibowitz take up the mission of preserving the surviving remnants of man’s scientific knowledge until the day the outside world is again ready for it.

Inspired by the author’s participation in the Allied bombing of the monastery at Monte Cassino during World War II, the novel is considered a masterpiece by literary critics.

Do the doom-laden predictions of climate change frighten you? Hah! Pussy! Science fiction writers have dreamed up nightmare scenarios long before climate science even existed that will make you wet yourself with terror. 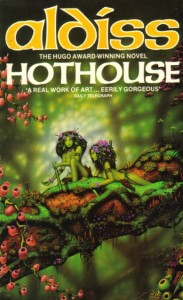 Take Brian Aldiss’ 1962 novel Hothouse. Set in a far future, the earth has locked rotation with the Sun, with cobwebs spun by enormous spider-like plants. The Sun has swollen to fill half the sky and, with the increased light and heat, the plants are engaged in a constant frenzy of growth and decay, like a tropical forest enhanced a thousandfold. The plants – many now omnivores – have filled all the ecological niches on the land and in the air, many evolving primitive nervous systems and, in some cases, eyes; humans (a fifth of the size they are now) and all other land and air animals have been driven to extinction by the vegetable kingdom and they live on the edge of extinction, within the canopy layer of a giant banyan tree that covers the continent on the day side of the earth.

The movies love post apocalyptic fiction. The Mad Max movies have been charting the course of society gone mad since 1979 with George Miller’s octane powered first independent feature. Audiences love those movies and so, apparently does the Motion Picture Academy, given the number of Oscar awards and nominations the last movie, Mad Max: Fury Road received. 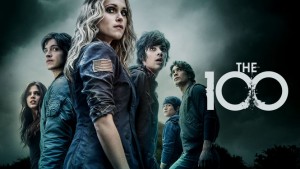 For all of our breathless talk about a future in which hope and humanity triumph, for all of our Star Trek utopias, the movies about a future where everything has gone wrong still bring in the crowds. The Hunger Games and The Divergent series fly off the bookshelves and draw huge audiences in the movie theaters. On television you have The Walking Dead and The 100, shows set in a completely screwed-up future. 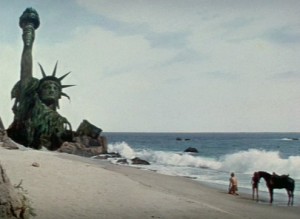 We all have hopes and dreams and plans for the future and we all want tomorrow to go well, but at the same time we are fascinated by all the ways it can go wrong. For all our talk about wanting our highways to be safe every single one of us will slow down to look when there is an accident. It’s just who we are.

For as much as we say we don’t want Donald Trump to become president, there are probably a lot of us who would pay good money to see what would happen if he did. That way we can all pound our fists in the sand and scream: “You Maniacs! You blew it up! Damn you! God damn you all to hell!”