What’s more, he seems delighted at the prospect of spending an eternity in perdition.

As was exclusively revealed through Amazing Stories in April, this coming Fall sees the release of his first ever Heroes in Hell Novel – Hell Bound – detailing the exploits of Satan’s chief bounty hunter, Daemon Grim, and the ups and downs of unlife as Hell’s diabolical Reaper.

And the great new is the short story that introduces us to this complex character – Grim – is almost upon us, for it is included within Doctors in Hell, the next infernal installment of Janet Morris’ critically acclaimed Heroes in Hell universe.

Unleashed upon us June 22nd, here’s a morsel to whet your appetite. 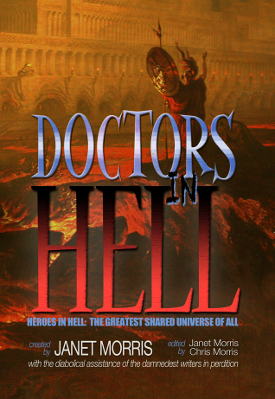 Something is fomenting in the depths of Hell.

Something that leaves a decidedly bitter taste in His Infernal Majesty’s mouth.

The trouble is it’s more than just the flavor that’s revolting.

Those damned doctors are too!

What the devil is going on?

Time for a surgical strike perhaps?

If fact, if those doctors don’t want to toe the line then they can expect to flatline.

Coming soon in… Doctors in Hell.

Prescribe yourself a copy here 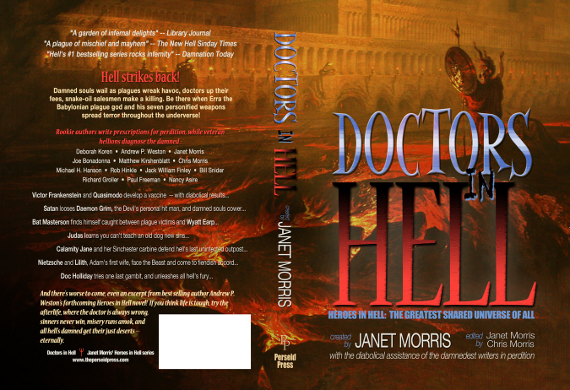 miNatura announces the X International Fair of Poetry Fantastic miNatura 2018 (inlcuding rules); The Library of the Labyrinth announces an anthology of Juan García Atienza; the University of Madrid hosts a Lovecraft colloquim on March 16; the Bookstore En Portada Cómics presented “Gods, ghosts or demons” by Jesús Gordillo and a raffle for books is being conducted to promote the Ignotus Awards.

The Pages of The Mind Flash Fiction