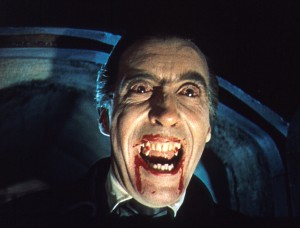 Sir Christopher Lee passed away today at the ripe old age of 93. For 70 years he has done solid work in film, TV and theatre. But more than that he has been an incredible star of many Hammer horror, sci-fi and fantasy films.

It was his role as Count Dracula in the 1958 film The Horror of Dracula that really propelled him to stardom. From there, he played the role of Dracula regularly well into the 70s.

After that the list is endless. From the devil to a wizard and a cardinal to a Darth. There isn’t a role he hasn’t played. I mean anyone that is in both Lord of the Rings and Star Wars and was still working in his 90s is clearly a legend.

What is your favourite Christopher Lee role?

A rusty nursing robot must decide between dragging his former patient back to the hospital or letting him catch a glimpse of the horizon in the wilderness.