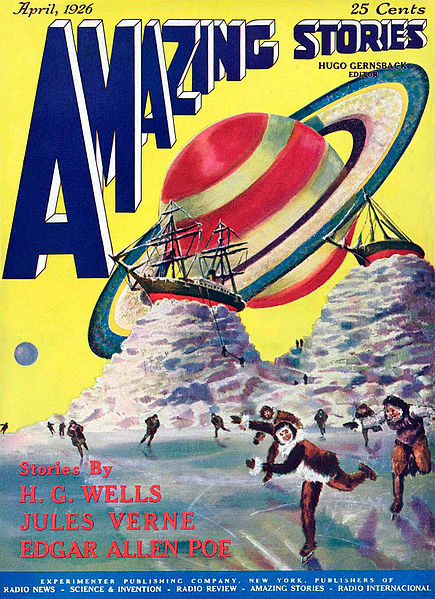 The folks here at Amazing Stories have arranged a surprise party for you all for the entire month of April, 2014.

We’ve worked hard to put together the first new issue of Amazing Stories since 2005.

Over the course of the remainder of the month we’ll bring you additional stories – a new one every other day or so.  They’ll be accompanied by non-fiction material as well, a review, an interview, a science article, and of course the usual in terms of editorial content – an editorial, a contributors’ page, maybe even a letters to the editor section.

And art.  We’ve got a ton of great pieces by several different artists.

Once the month of April has run its course, we’ll assemble all of the issues contents and bundle them up into an issue and make it available as an e-zine download.

No, this is not a warning of an April Fool’s joke.  April was the debut month for Amazing Stories back in 1926…the last run ended in March of 2005…all we’re really doing is continuing the tradition.  And that’s no joke!

Sally Ride was one of the first six women NASA astronauts in 1978. All six made it into space.