Last week we featured covers from Volume 3, April 1928 thru March 1929.  Today we continue with the fourth volume.

Unfortunately, Frank R. Paul would not be doing any other covers for Amazing Stories starting with the June, 1930 issue.  He’d follow Hugo Gernsback over to the new magazine – Science Wonder Stories.

In order to round out the fourth volume, we’ve included the Frank R. Paul covers for those other publications in this poll as well. 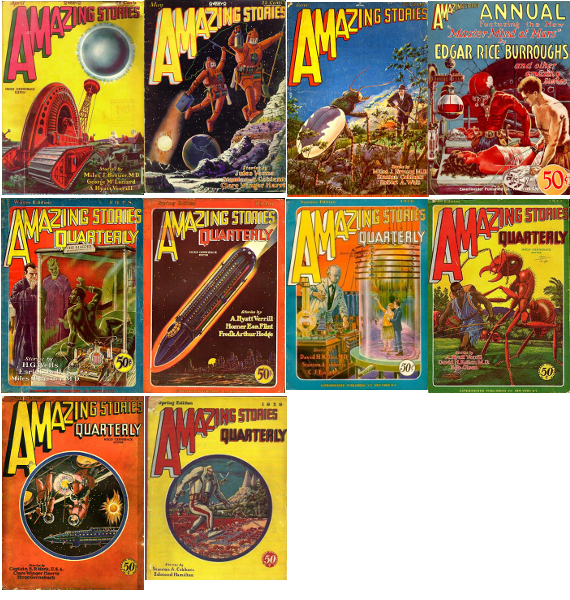