Home Anime/Comics Krakens and Spiders and Zombies, Oh My! 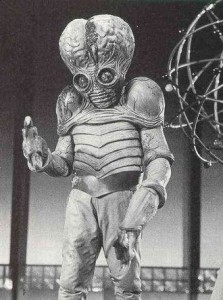 From Grendel in the epic poem Beowulf, to Cthulhu and the giant squid in 20,000 Leagues Under the Sea, monsters have always been with us. And not only in genre fiction. They are there in The Bible, The Epic of Gilgamesh, in ancient myths and fairy tales. Love them or hate them, most have one thing in common: familiarity. Few, if any, are so alien as to be outside of our human experience. Like the patchwork assemblage Dr. Frankenstein tried to make into a man, the core of the monster both profoundly familiar and horrifically alien.

I’d be hard-pressed to think of a monster in literature or in the cinema, for example, that doesn’t closely resemble something that already exists in our world. Spiders and crustaceans are close brothers to the face-hugger in Alien. Bigfoot has something of bear, wolf and man about him. Even Cthulhu, arguably one of literature’s weirdest monsters, is described by its creator, H.P. Lovecraft as “A monster of vaguely anthropoid outline, but with an octopus-like head whose face was a mass of feelers, a scaly, rubbery-looking body, prodigious claws on hind and fore feet, and long, narrow wings behind.”

Beetles, dinosaurs, bats, snakes, lions, tigers, monkeys have all provided the chasis for the monster vehicles into which
they are constructed. Thus, we have Tolkein’s giant spider, Shelob; the humanised monkeys in Planet of the Apes (arguably not monsters, except in relation to the humans they subjugate); the telepathic killer monkey in the film, Monkey Shines; and the beetle horde in a short story by Fleming Gould (Astounding Stories). The list is potentially endless.

The point of all this is that it’s quite difficult to create something completely new, not only in terms of monsters, but in terms of stories themselves. It’s been said that all stories are simply variants of seven basic plots. It may be the same is true of monsters, however weird they may seem on the surface. Look a 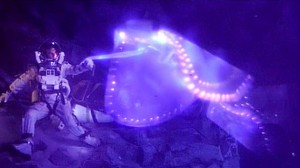 t the aliens in the film The Abyss—at first portrayed as monstrous, albeit they turned out to be quite different in character finally; weren’t they extrapolations of the multifarious luminous, transparent-bodied creatures that already live in the crepuscular depths of our own oceans? And isn’t Count Dracula, whether in man shape or bat shape, little more than a giant tic? Okay, that last part may be stretching the metaphor too far, but I hope you see where I’m going with this.

A few other monsters that confirm my thesis:

The aliens in War of the Worlds (another kind of octopus).

Creature from the Black Lagoon (a large lobster—seafood, anyone?).

The white walkers from Game of Thrones (see: zombies).

Then you can fill in the blanks: the mummy, the werewolf, Cerberus, and on, and on.

So, are there any unfamiliar monsters in existence? And if so, are they scary?

Well, yes and no. Take the parasitic triangles in Scott Sigler’s novel Infected. They get under the skin, and do horrible things to people, but they have a geometric shape and are not, in themselves grotesque in appearance—their monstrousness lies in what they do to their hosts. But they are certainly unusual and outside of the common scheme of monster templates.

Then there’s the invisible “monster of the ID” from the old film, Forbidden Planet—seen only in flashes as it comes into contact with the electrical fence around the camp containing our heroes. But when we do see it the beast it is still vaguely humanoid. In many ways that particular monster was scarier when you couldn’t see it. Both of these are among the few examples I can think of that have a degree of unfamiliarity and are all the more effective for that. Off the top of my head, I can think of one more good source for unfamiliar monsters: Japanese anime. You only have to see the parade of weird and wonderful creatures in the film, Spirited Away, to appreciate how unearthly oddity can work. Even so, it’s my understanding that even the most peculiar of these creatures have their origins in Japanese mythology which, of course, is inhabited by variants of fauna in the real world. 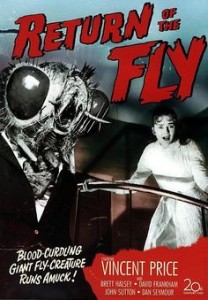 You see why I’m struggling? I’m still waiting to see, or read, a monster story in which the creature is way beyond human understanding, in purpose, form and behaviour. If such things exist, do please let us hear your thoughts.

I suppose, in the end, the truly, most scary monsters take human form on the surface, and their profound, dark real shape can never be rendered or imagined. Which may be, in the end, why our fictional monsters are, ultimately, as they must somehow be, completely ordinary. And, to quote The Hitchhiker’s Guide to the Galaxy’s entry on planet earth: mostly harmless.