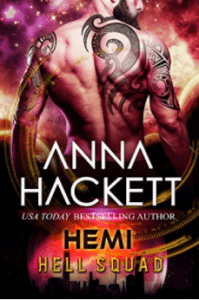 In science fiction romance, as with any other genre, we have some definite ‘types’ for the heroes of our stories. I recently asked readers and authors (because we’re voracious readers too!) in several Facebook groups to weigh in on their favorites, explain what the appeal was, and to provide examples of books they’d recommend with that type of hero.

I also did an informal, unscientific poll. Space marines/military was the top category, followed by cyborgs, then aliens surprisingly tied with what our readers termed ‘beta heroes’ – explorers, colonists and scientists. Pirates and heroes unjustly sent to prison planets came next, with shifters, androids, gladiators, genetically engineered beings and ‘quirky heroes’ rounding out the suggestions. Today we’ll cover space marines/military and cyborgs.

I think author T. M. Slay put it best with her summary during the online discussion (ellipses hers):  “I have to say that I love any of them…as long as the SFR Hero…is strong and hard, but has faults and room to grow. I want to know this guy…I want to see part of my husband in him or whatever. I want to know that even in his super-human way, he’s still a guy. Give him fantastical skills with weapons and gadgets or money or unlimited resources…but give him emotions that he doesn’t understand, or sarcasm to hide his pain. Make me want him in my life in SOME way…does that make sense? I want my SFR Heroes to become family… Now as far as favorite trope or specific books or authors, let’s face it…they’re all great! So none of that means anything to me, because some days I’d rather pick up someone I’ve never read before…I just want to root for someone, I want to laugh and cry, I want to love them. Make me love them. Easy enough, right?”

To which author Hywela Lyn added: “I love reading and writing about ‘tortured’ heroes, the ones with a deep seated pain that makes them act cold and detached, or just sarcastic, hiding the heart beneath. They must also be sensitive and caring when they finally find the right woman though! I want to love them too!” 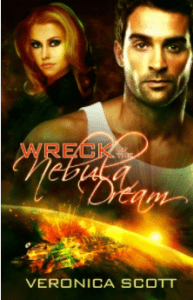 Space marines and military men:  Reader/reviewer/writer K. J. van Houten gives a nice overview of the category:  “I’m going to include mercenaries and other military forms here, lol. First, what’s not to love about a guy in uniform? Add a badass weapon and some special training and I’m swooning! Military heroes just continue to show how so many are willing to fight to protect what they feel is right. They put themselves on the line to protect others, go beyond the normal call of duty to stand up to the bullies, slavers, dictators, and other evils while inspiring others around them to do the same. Here I’d include Veronica Scott’s Sectors series, especially Wreck of the Nebula Dream, where the hero Nick Jameson, finds his vacation on a space luxury liner interrupted by treachery and enemy invasion. He must use his special forces training to hold off the enemy and help a group of civilians survive.

Anna Hackett’s Hell Squad series is another favourite. Here we have men and women from all branches of the military, along with some badass bikers and civilians with some fighting experience, banding together to fight back against aliens that have invaded Earth. I’ll mention Gen Adam Holmes as a selfless hero be seen throughout the series. So many to list, but I mention Adam because he is the military leader, and it’s his strategic thinking, endless hours preparing, and organizing not just the fighting squads but also the scientists and civilian survivors under his care, that pulls everyone through in the end.”

Author AR DeClerck gives examples of what she calls “the reluctant, broken military man…searching for peace…”  She adds recommendations for Talon Batur from Born of Defiance by Sherrilyn Kenyon. “A soldier who is despised because of his caste, he still manages to make the rank of major, but he is tired of war and is looking for love. And my own Gin Draven from Forged in Fire: he lives to fight, but when the war ends he knows there’ll be nothing but death for him until he meets Raven.” 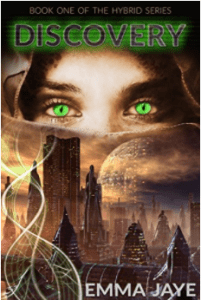 Reader Wen Dee added a few (plus a mention of the space gladiator as hero): ”I am particularly enamored of Anna Hackett’s General Adam Holmes in Hell Squad, and Axton Saros, Prime of Centax in her Phoenix Adventures. Also a lot of Anna’s fans are in luuuurrrvvvee with Galen in her Galactic Gladiators series. All of these men are strong, smart, selfless leaders who give their very soul to their people.”

Reader and writer Darlene Reilly added to the ranks: “I’ve reread Diana Palmer’s The Morcai Battalion a billion times. Linnea Sinclair’s Hope’s Folly is awesome. Mike Shepherd’s Kris Longknife series is SF with a touch of romance, but the Marine in it is amazing. Susan Grant’s Stars series is fantastic, starting with The Star King. And Elizabeth Moon’s Trading in Danger is the first of a fantastic series.” 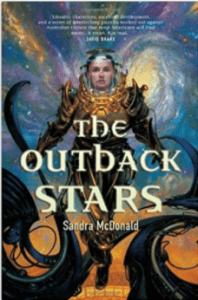 Author Laurie Green further defined the appeal of this type of hero:  “Not space marines, per se, but space military heroes in general are definitely my thing, including the occasional ex-military member. There’s something very compelling about a man who follows a code of honor, duty and self-discipline…my very favorite book with an authentic military hero is The Outback Stars by Sandra McDonald — about a future where Australia takes the lead in space exploration by exploiting an ancient alien transport system, but not without consequences. Terry was an amazing hero and he wasn’t a captain or admiral, he was an enlisted man. A sergeant.”

Author Pauline Baird Jones chimed in: “I don’t mind scoundrels, but my heart pit-a-pats for the heroic military guy, one who has put his life on the line again and again, and he still goes back in to save the heroine. That’s one thing I love about Veronica Scott’s Sectors books. If I have to pick a favorite (hard!), I’d say the first, Wreck of the Nebula Dream, because it was the first.” 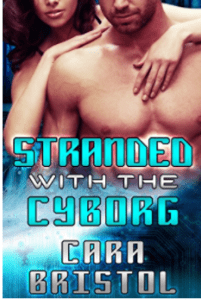 Cyborgs: Again I’ll turn to K. J. Van Houten to kick off the cyborg-as-hero discussion: “…a human-machine hybrid that is strong but vulnerable. They show humans come with different abilities, and special prosthetics or altered appearance isn’t something to fear — it’s ok to be different. They also show that no matter how strong or amazing one is, everyone still has some issue that holds him/her back, some weakness that can become a strength with the right attitude, some lack of confidence that can be overcome when you open your heart to other people. I’ll include Cara Bristol’s Cy-Ops series here. Hard to pick just one, but I’ll list Stranded with the Cyborg since it’s the first. The hero, Brock Mann, must use his special abilities to help his love interest survive after they crash on a deserted planet, along with an enemy out to kill them.

I also really like redeemed heroes such as the cyborg Eriff in Susan Grant’s Otherworldly Men series. We first meet Eriff in Your Planet or Mine? where he is sent to assassinate the book’s hero, sort of like a Terminator, only with more human parts. He has some amazing cybernetic abilities — I especially like being able to integrate languages and information quickly. We meet him again in How to Lose an Extraterrestrial in 10 Days, where some of his implants have been removed and he is rediscovering his humanity, and turning his lifestyle to protecting instead of assassinating.” 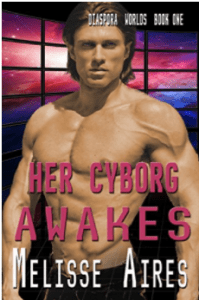 Reader Merry G has more to say on the topic: “Ever since I read Melisse Aires’ Her Cyborg Awakes (a firm favourite), I’ve loved the idea of men converted into cyborgs, often not by choice, and their struggle to maintain their humanity and be accepted as emotional beings, helped along the way by a kick-ass heroine. I’m also reminded of Isaac Asimov’s heartwarming short story about “Andrew” the robot, in The Bicentennial Man, later expanded into The Positronic Man, co-written with Robert Silverberg. I’ve not seen the film version because it was promoted partly as a comedy, which [if I recall correctly] the book most certainly was not. The book’s strong message has stayed with me as a metaphor for the plight of humans whose lives are made miserable because they’re “different” in some way.”

Merry continued: “As for favourites, I still have some catching up to do, digging furiously through my TBR mountain for more cyborgs (whoever came up with that 1-click button has a LOT to answer for!), but from the stories I have read so far, Cara Bristol’s Cy-Ops series is currently top of the list, because of the richly imagined world and engaging characters that are so relatable, while at the same time offering an exciting and delicious escape from the real world. The first story, Stranded With the Cyborg, is a standout winner for me because it provides a second chance relationship between the hero and heroine after a less-than-happy ending to their first encounter. That scenario gets me hooked every time.”

That’s all for this post! I’ll be back next time with the rest of the discussion and recommendations for the other categories of science fiction romance heroes. In the meantime, who are your favorite military or cyborg romance characters?