Yesterday we learned that Amazing Stories Spanish Language Editor, Tanya Tynjala, has been selected to present the 2017 Hugo Award for Best Fan Writer.

We could not be more pleased. 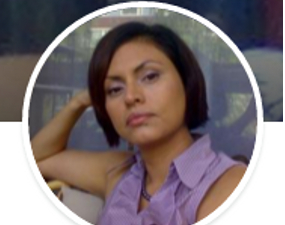 Tanya has been working tirelessly in the field for years;  well known and highly regarded as an author in her native tongue; she has won some very prestigious awards and her novel Lectora de Sueños (Dream Reader) was distributed to every public school in Peru (some 36,000+ copies)!  Her work for Amazing Stories has been equally stellar.  Tanya frequently provides posts in both Spanish and English for the site, as well as wrangling up Spanish language contributors (she’s brought us some of the best in the biz).

Tanya currently resides in Finland making her commute to Worldcon relatively easy.  She says she is looking forward to the networking opportunity, but confesses a bt of apprehension over all of the after-parties she’ll have to be attending.

Given our history with her – you’re going to knock em dead, girl!

We look forward to being able to provide our readers with the inside story of what it’s like to present one of science fiction’s most prestigious awards, and in Tanya’s case, one of the most hallowed and time honored categories of award:  we like to think of Amazing Stories as being synonymous with Fandom, which got its start in the letter columns of Gernsback’s magazine(s).

You can find Tanya’s posts here.

This year’s Finalists for Best Fan Writer Award are:

We’re holding out for Foz Meadows based on work that appeared in Amazing Stories late last year – Unempathic Bipeds of Failure: The Relationship Between Stories and Politics.

Best of luck to everyone on the ballot and here’s hoping everyone at Worldcon 75 has a fantastic, nay, an AMAZING, time!

Read some of the hottest posts in genre commentary!

If you are a fan, the First Fandom Experience should be your First Fannish Experience

How Can You Find New Science Fiction Romances To Read?