[an earlier version of this article appeared in The Taunton Daily Gazette on April 2, 2012] 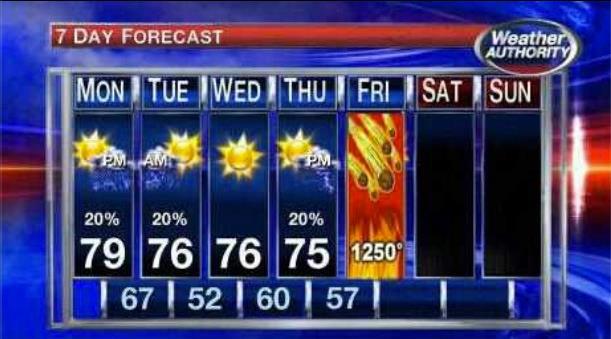 Four years ago today we were eagerly awaiting the bi-annual coming of the End of the World. The most famous Doomsday of All Time was scheduled for December 21, 2012, right after your first coffee. A buzz kill to end all buzz kills.

It wasn’t that we really wanted to see the Apocalypse, of course. But this was the latest, greatest excuse to sell movie tickets and newspapers or party without consequence.

The proud-as-a-peacock Mayans were prematurely swapping High Fives for their ancestors’ innovative design of the Mesoamerican Long Count calendar, due to expire on that date. Around the world, several other independent studies had also confirmed that The Fat Lady would sing at the winter solstice.

[If you were impatient and couldn’t wait until December, Ronald Weinland, a minister in The Church of God, had a cure. He proclaimed JC – no; not the Disney movie hero John Carter – would entertain us on May 27 with a full schedule of catastrophic end-of-days events. I doubt he had a visit by the IRS in mind as one of those, but you could visit his comfy room in a federal prison and ask him.]

The actual means of our destruction varied, depending on which source you believed.

You were offered a deadly alignment of  galaxies or a reversal of earth’s magnetic poles, each guaranteed to rip the planet apart. There was the promise of getting fried by a lethal dose of radiation gifted by giant star that went supernova somewhere in the Orion Nebula

That old standby, a collision with a runaway comet/planet/asteroid, was also a choice, this time by one named Nibiru instead of Mongo. Other seers offered up an invasion by Klingons, Cylons and/or evil Teletubbies.

By December 22nd, marketing analysts were expected to look at the sales data and notice that wait-and-see shoppers had held off buying the latest iPads for themselves or negligee for their paramours. To get the holiday season in the black, stores would need to offer $100 laptops and $40 roundtrip tickets to Maui as last minute Christmas gifts.

Even though I’d lived long enough to have personally survived a dozen or so of these “sky is falling“ predictions by a motley assortment of Chicken Littles, I still eagerly turned in my bottles for cash, bought some new luggage and waited.

That Samsonite collection remains in my possession, but not, sadly, there is no photo album recalling a $40 hedonistic romp through Hawaii. Damn you, Mayans! 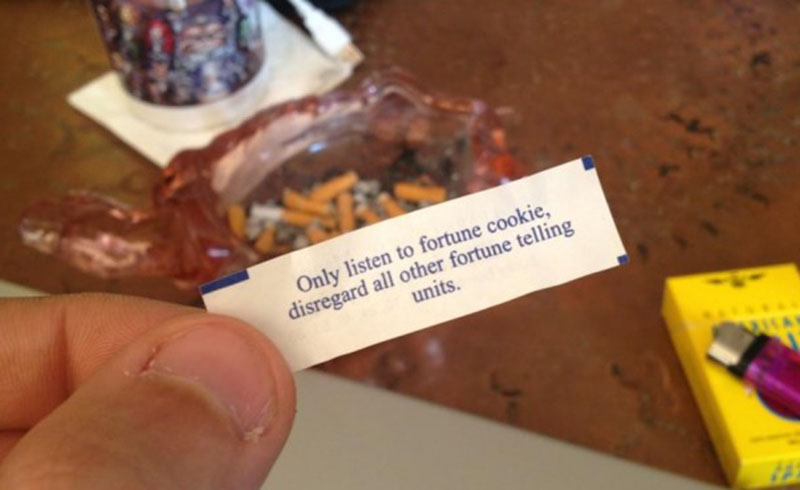 Earlier prophets-who-should-know-better have included celebrity religious leaders like Pat Robertson and Jerry Falwell, or psychics like Jeanne Dixon, Nostradamus and, of course, The Amazing Criswell. They’ve jaded me with their false predictions, and I now give as much credence to them as I give to a weatherman in January telling me it’ll be warm and sunny for my July 4th picnic; I’m still pricing a hall for Independence Day as backup. Just in case.

Even a respected scientist like Isaac Newton and linguist Charles Berlitz couldn’t resist giving us their two cents on when the lights would go out. Despite their individual distinguished careers that hinted they were smarter than the average bear, each jumped at the chance to show us they had a screw loose.

Newton, I suspect, had simply been plunked one too many times by an apple. But Berlitz, despite all his wonderful language teaching skills and courses, had been walking a bit too far on the odd side for quite a while anyway, writing enough books on Atlantis, the Bermuda Triangle, psychic phenomenon and ancient astronauts to fill an Amazon warehouse.

Prior ETAs for the opening of the Highway to Hell had been based on an impressive array of unrelated criteria.

Numerologists found dire, hidden meanings in the dimensions of the Great Pyramid of Giza, or the estimated height of the boulders of Stonehenge, or saw omens in years ending in 000 or 666. Others based their fears on poor biblical interpretations or translations; ancient myths; and (especially) the anticipated return of Jesus or birth of the anti-Christ.

Their expiration dates for man have been as imprecise as those of Punxsutawny Phil – or overly exact, like mathematician Michael Stifel’s offering of 8:00am on October 19, 1533. The world survived its 8:00am appointment, but Stifel’s credibility did not, and his name is now forever immortalized in a German phrase that literally means “coming to a ridiculous conclusion”.

Some disaster scenarios had their basis in actual world events. The Y2K virus, for example, relied on the belief that ubiquitous older computers would fail to account for the change in centuries when 1999 ended, and cause financial institutions to fail and airliners to crash.

But the majority of proclamations come from lunatics with access to a microphone and just enough science knowledge to be dangerous. Several who received their physics training through repeated viewing of Star Trek feared the creation of subatomic particles by the Large Hadron Collider on September 10, 2008 or March 30, 2010 would produce a planet-eating black hole (or three) that would suck us into oblivion.

UFOlogists got to throw their Frisbees into the ring, too.

Likewise, Nancy Lieder insisted she was receiving messages through a brain implant from other extraterrestrials residing in the Zeta Reticuli star system who were tracking a rogue planet heading towards us. They calculated it would cause earth’s poles to shift and destroy most of humanity around May of 2003. Marshall Applewhite, the leader of the Heaven’s Gate cult, was certain a spacecraft hiding in the tail of Comet Hale-Bopp, was planning to destroy mankind on March 26, 1997. Dorothy Martin, the leader of a UFO cult called the Brotherhood of the Seven Rays, selected December 21, 1954 as the day the world would to be destroyed by flooding.

And if none of those Doomsday scenarios panned out, just blame locusts, El Nino or your ex-wife and revise the date to when you next want to skip your rent payment. 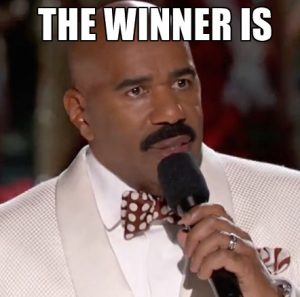 Choosing the best from all these Kiss Your Butt Goodbye scenarios is difficult, but these three took doom and gloom to new levels.

#3. Evangelist Wilbur Glenn Voliva circled September, 1935 on his calendar for his final Doomsday. He admitted he may have slipped up by picking 1923, 1927, and 1930 previously. Oops.

Even without his predictions, Voliva could be described as odd. He was a proponent of the Flat Earth Theory and once offered a $5000 challenge to anyone who could prove the earth was round.

On his radio station, his favorite target was the evils of evolution. During one show he was quoted as saying “The idea of a sun millions of miles in diameter and 91,000,000 miles away is silly. The sun is only 32 miles across and not more than 3,000 miles from the earth” and managed to present calculations that proved it

He didn’t, but probably should have, ended each broadcast with “Thank you, thank you … I’ll be here all week. Try the veal, and remember to tip your waitress!”

Voliva earned third place mostly because of his odd science but also because of the way he worded his news flash of the earth’s demise. He announced that “the world is going to go ‘puff’ and disappear.”

Yup. Not with a bang or a whimper, but with a “puff”. Just like a Magic Dragon, apparently.

#2. California psychic Sheldon Nidle was certain the world would end on December 17, 1996, with the arrival of 16 million space ships and a host of angels.

Nidle earned the Silver because of his chutzpah in thinking mankind was important enough in the universe to warrant the attention of enough avenging angels to man (or perhaps Azathoth) not just one Battlestar or Deathstar – but 16 freakin’ million of them!

He thus tapped in to every group he could think of – religious zealots, science fiction fans and even those that slept through math class.

Nidle, to validate his claims, sheepishly confessed he had been abducted and, naturally, probed by Sirians and their Galactic Federation of Light Allies and remained telepathically linked to them.. When the fateful day came and went, Nidle explained the aliens had decided to give us a second chance to mend our evil ways and were preserving us in a holographic projection.

Seriously. You gotta give this guy a little credit for originality, at least!

And finally – drum roll, please – the strangest prophecy of all, which proves. yet again, that P. T. Barnum knew a whole lot about a whole lot of people:

#1. “The Prophet Hen of Leeds” ruffled feathers in Leeds, England in 1806. The holy hen began laying eggs on which the clearly legible phrase “Christ is coming” was written.

As word spread, many prepared for the coming Armageddon, date unspecified. Not wishing to take any chances, Sunday church attendance picked up as many who had strayed suddenly rediscovered religion. Local priests began writing best sellers based on everything they were now being told in confessionals – and lining up to meet the now famous widow Hurley personally.

Eventually, one of the more logical townfolk decided to keep an eye on that chicken. Not surprisingly, it was discovered to be a hoax. A local shepherd, apparently tired of wooing his herd, began etching the prophetic words on the freshly laid eggs with a corrosive ink, and then – ouch! – reinserting the eggs back into the hen.

If I remember my history correctly, this was the same way Deep Throat passed his tips to Woodward and Bernstein during Watergate.

Since all of the above scenarios failed to occur, I’m offering my own bold prediction based on a complex formula involving Pam Anderson‘s measurements, the number of words in this article, and the ratings for the season 5 finale of Keeping Up With The Kardashians: the world will go “poof” on January 31st, 2160 when Donald Trump‘s toupee, accidentally infected with a mutated alien flesh eating dandruff flake, sprouts legs and crawls from The Donald’s grave and turns the world’s population bald before devouring them.

And I’m offering one bazillion dollars, adjusted for inflation, to the person who proves me wrong.