Victorian era, Manchester, England, hundreds of funnels pointing to the sky, boilers running day and night, producing endless steam and power, these were the times of industry revolution, and mankind built up machines composed of thousands of cogs and flywheels, levers and bearings. It was like magic, the energy generated by the steam promising a future of incredible possibilities, based on which, science fiction writers had hitherto produced many fascinating stories.

But now, it was in Shanghai, on June 26, 2016 and SF AppleCore organized an event for the fans of steampunk, allowing them a chance to become artists of metal flowers. In The Difference Engine, Sterling and Gibson showed us the power of boiler-driven machines. In Hottentots by Paul Di Filippo, Lovecraftian horrors were found in a very alternative nineteenth century. In China Miéville’s Bas-Lag trilogy, submarines crowded with brass equipment and zeppelins made of canvas and iron struts were imbued with thaumaturgy. However, whatever theme you chose, in this DIY session, you would get instructions from professional artists and harvest your own artifacts of the steampunk age.

If you have read some of my previous posts, you may know that SF AppleCore is the largest fandom in eastern China. This time, AppleCore invited two artists as guests for the DIY session.

Huang Wei was one of the few practitioners in China for automata crafts, which were mechanical structures that could represent a dynamic scene. For example, the fisherman below was made of various wooden moving parts and could demonstrate the action of fishing. 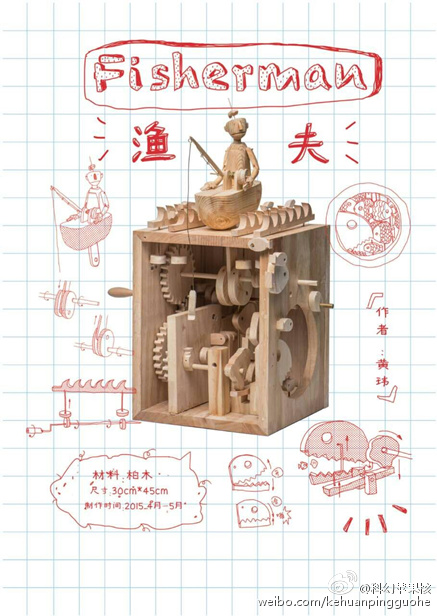 Ge Wenmin, a designer for indoor decoration, became interested in steampunk art crafts a few years ago. He had explored the means to create art pieces with small mechanical components, such as cogs, chains and shafts. The clicking heart and the shining mantis below were the outcomes of his creative endeavor. 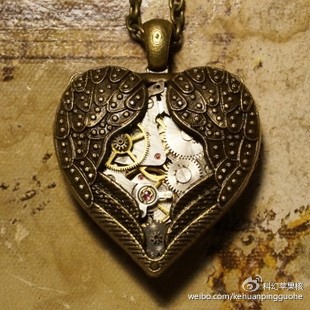 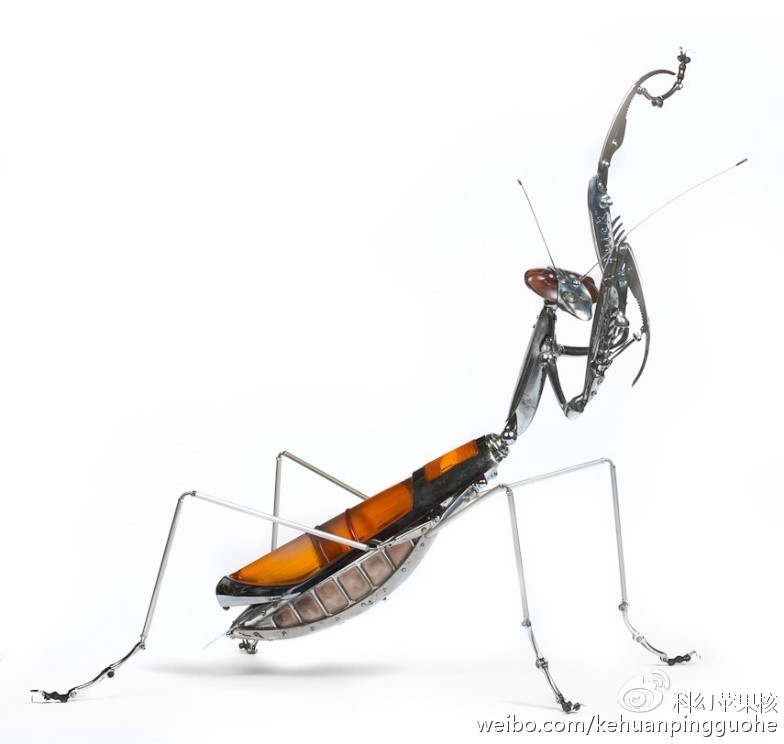 As it was, the DIY session had attracted overwhelming requests for participation. Due to the limit of room space, only twenty people were lucky enough to join the activity. During the session the two guests shared their understanding of the arts of steampunk themes.

As an art and literature style, steampunk insinuates both elegent intricacies and brutal force. The metals are by nature strong and tough, but thanks to the science fiction writers, the machines and instruments made of metals in their stories have become the source of inspirations of many artists. The concept was then pulled out of the text pages and shaped into various forms of visual arts. For instance, Steamboy, a Japanese cartoon movie that has moving mechanical castles in it, or The Order: 1886, a console game simulating a war against monsters with techniques from the era of industry revolution.

During the DIY session, the participants could use the small parts provided by the organizer to create their own steampunk jewels. Although most of the participants had had no experience on steampunk arts, some of the final products were stunning and beautiful.

For example, this fabulous key is made of wheels and rivets. 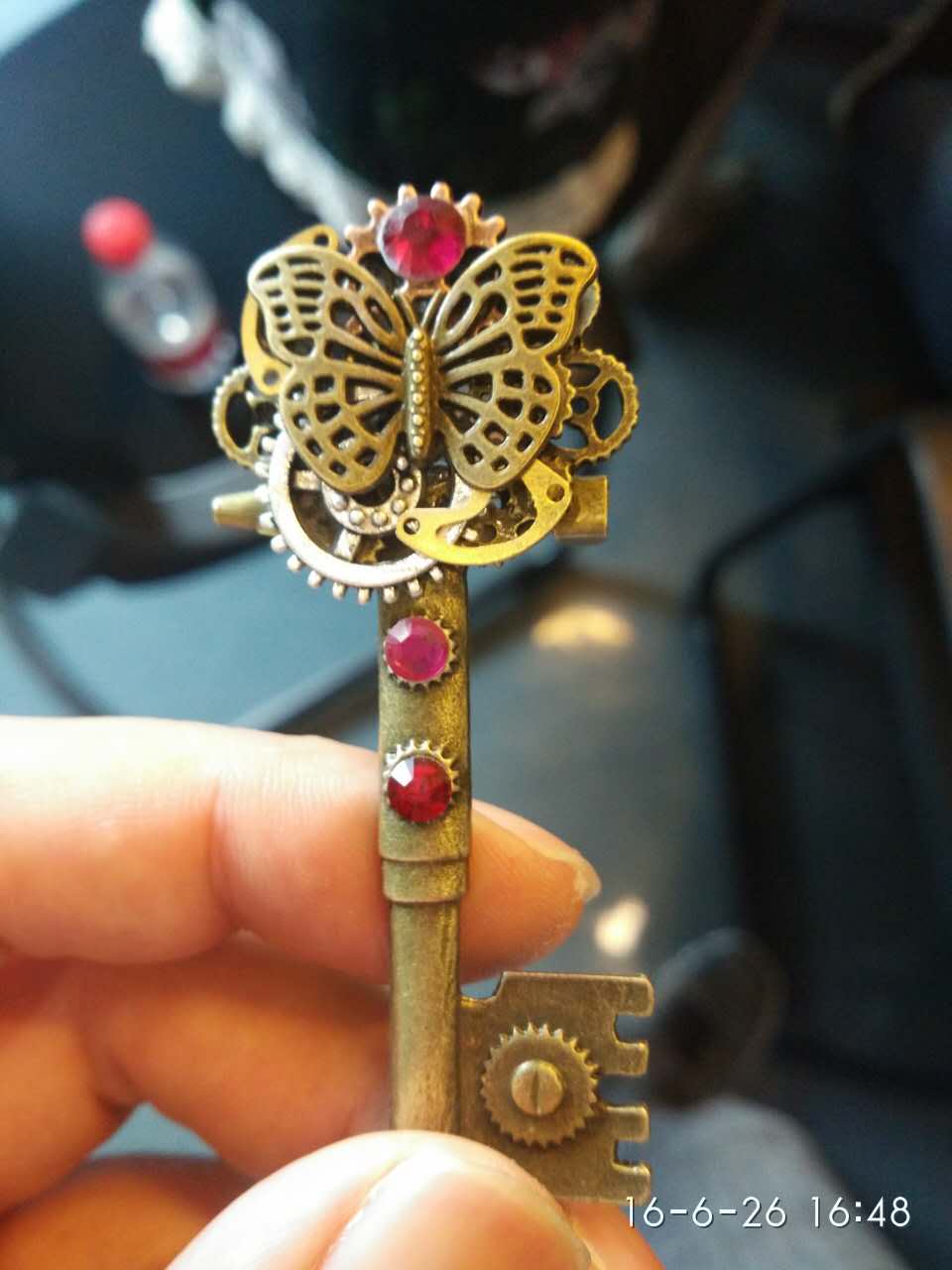 And this dancing figure is standing on a platform of intriguing machinery. 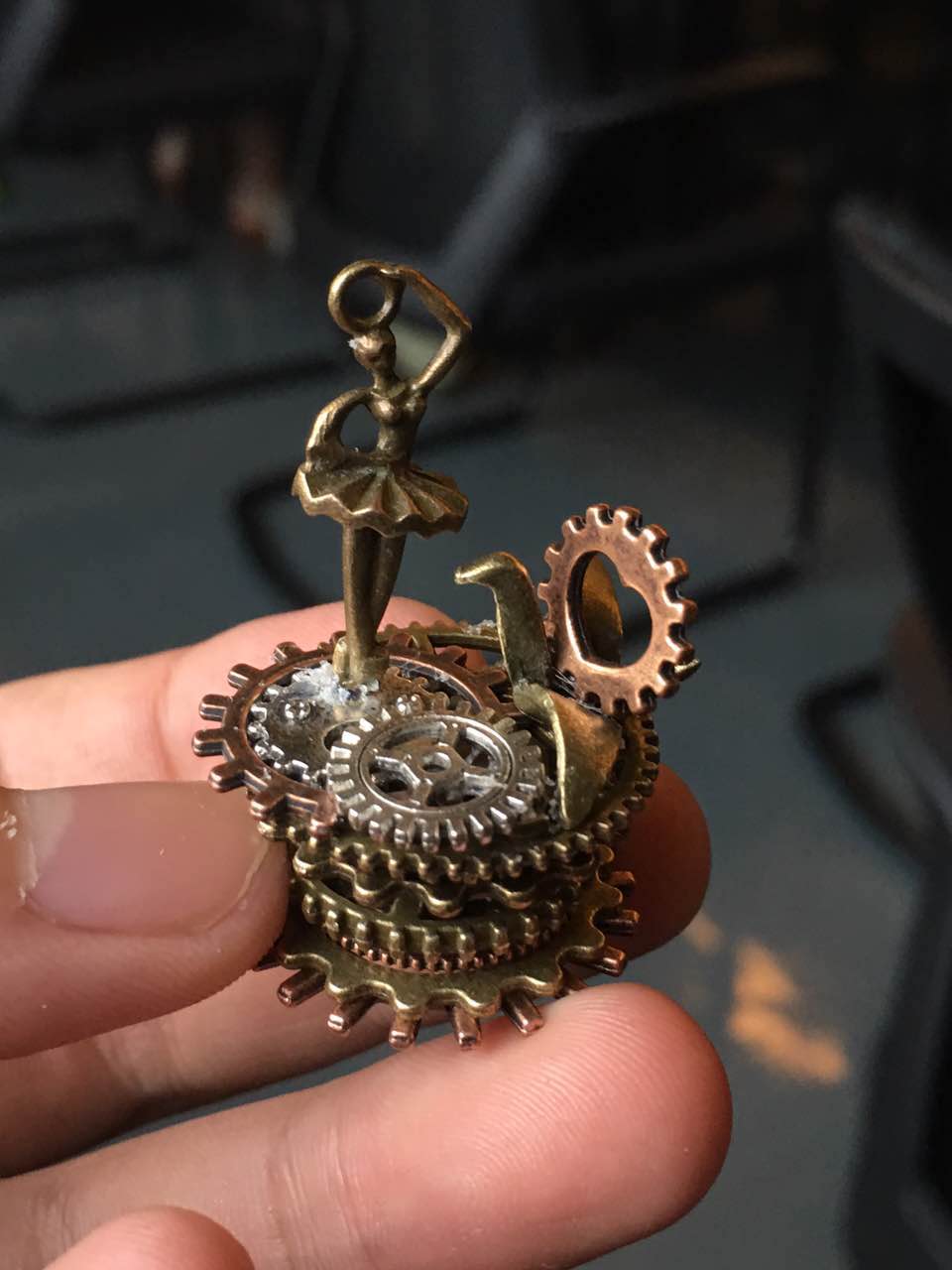 Is this a ring or a clock or a robot face? Maybe all of them. 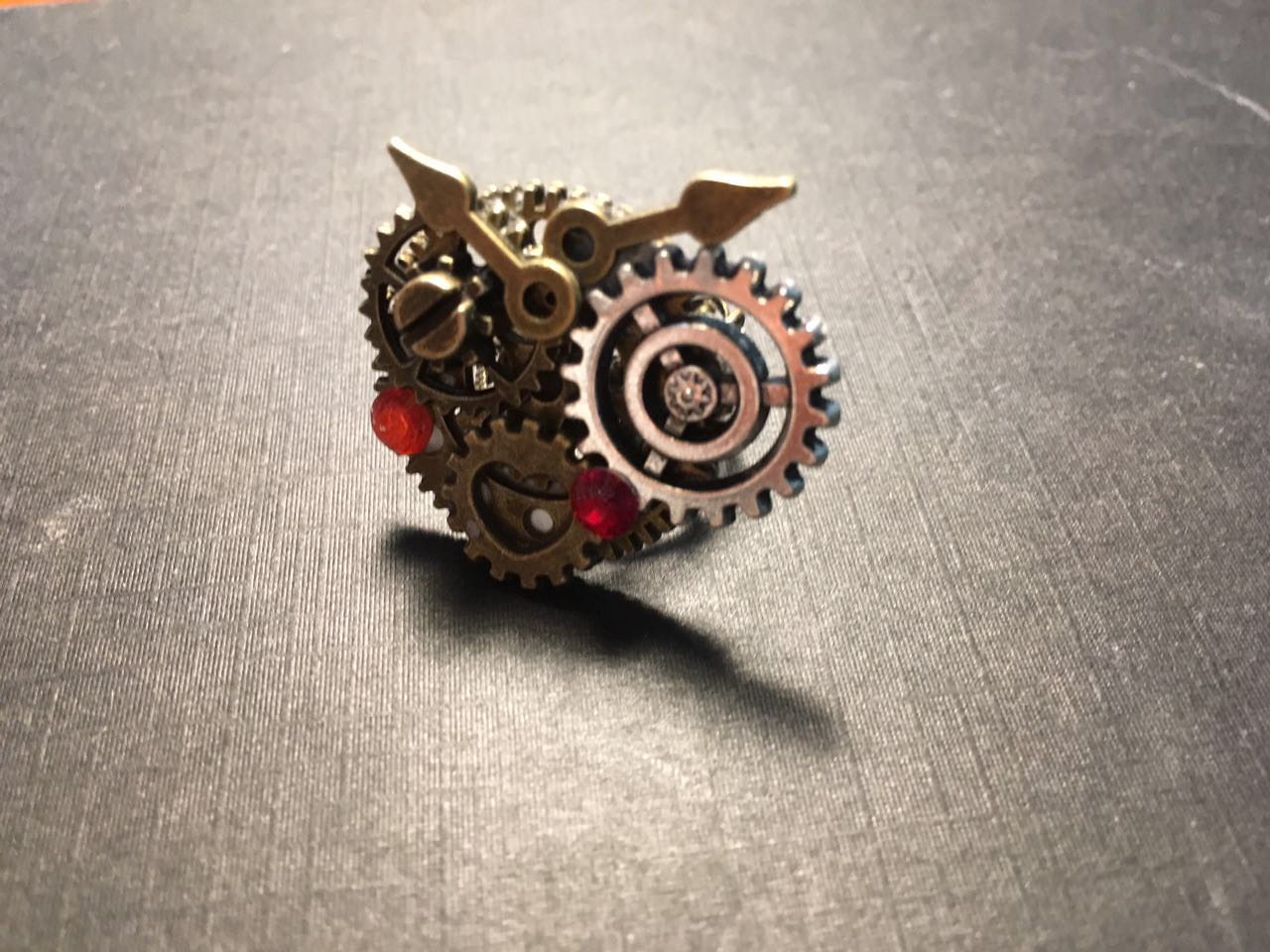 A gentle butterfly perching on a pile of crazy metals. 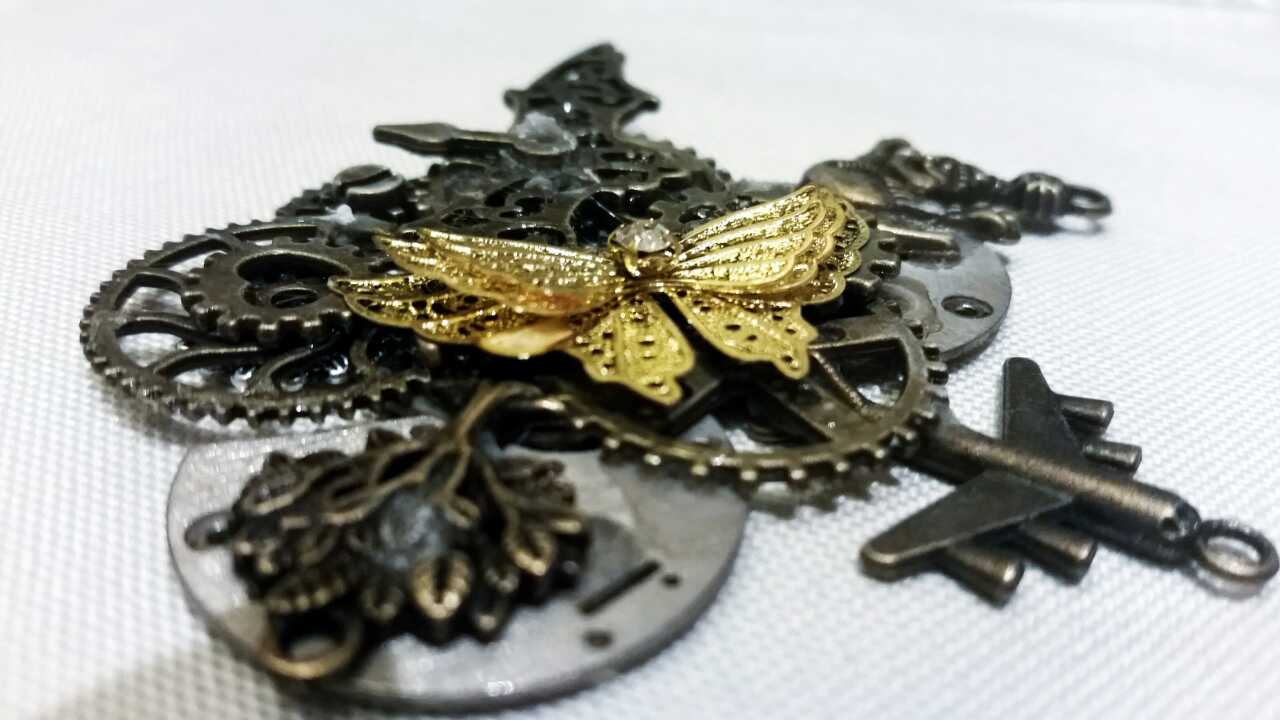 A spear plunged into the sun. 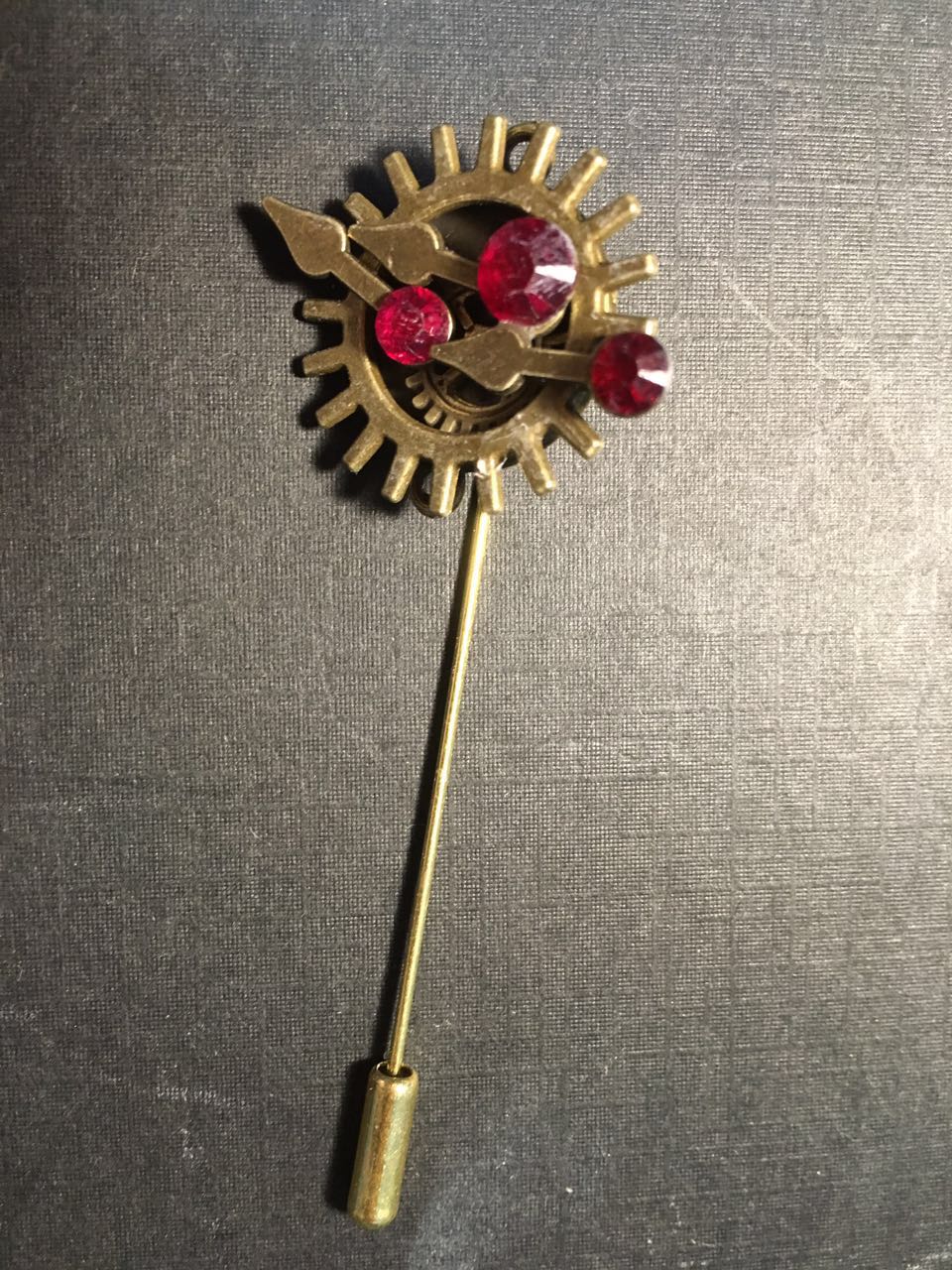 A curious key-ring with an unidentified creature attached to it. 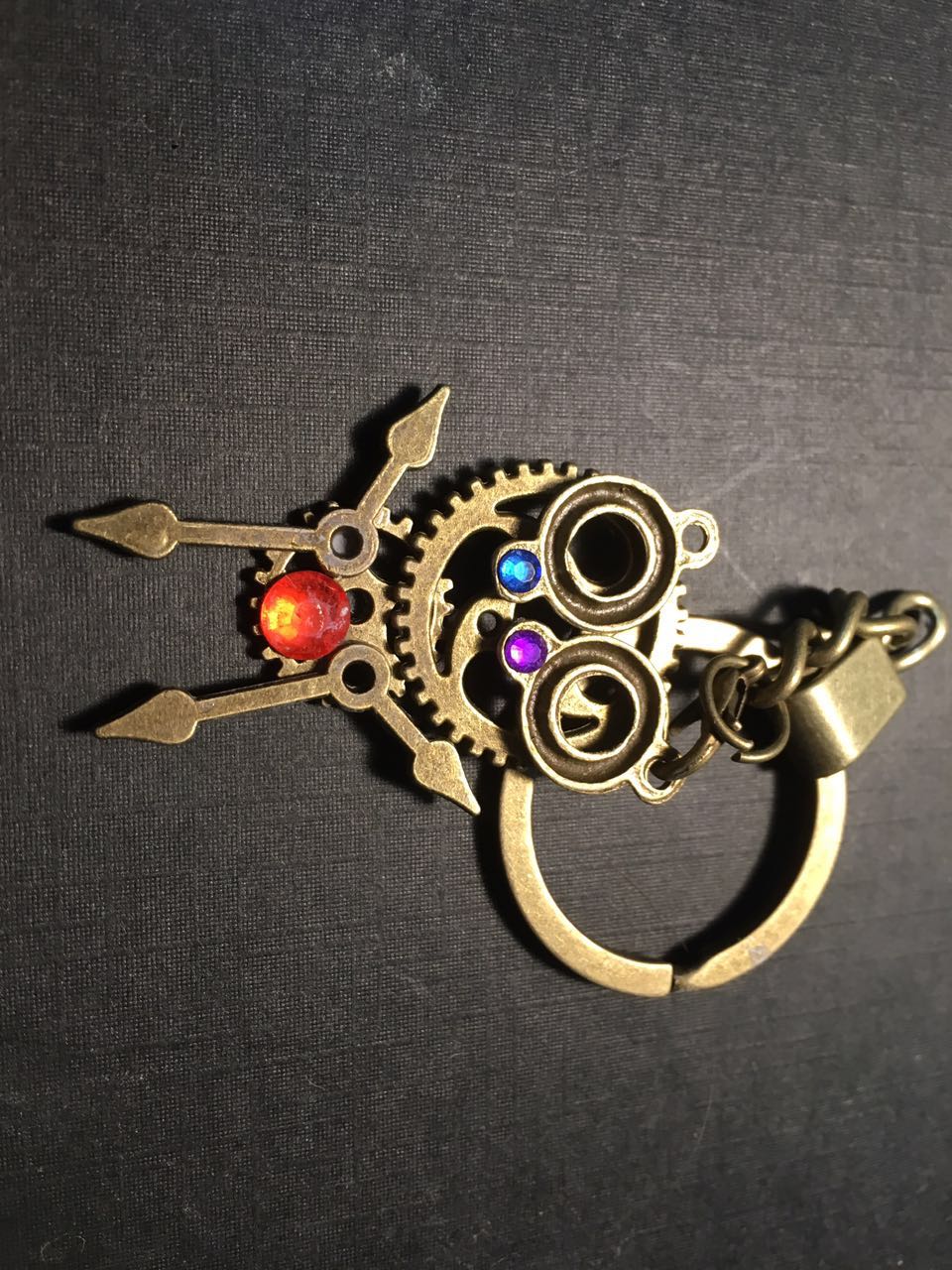 A chariot of black metal, waiting for the warriors to take a ride. 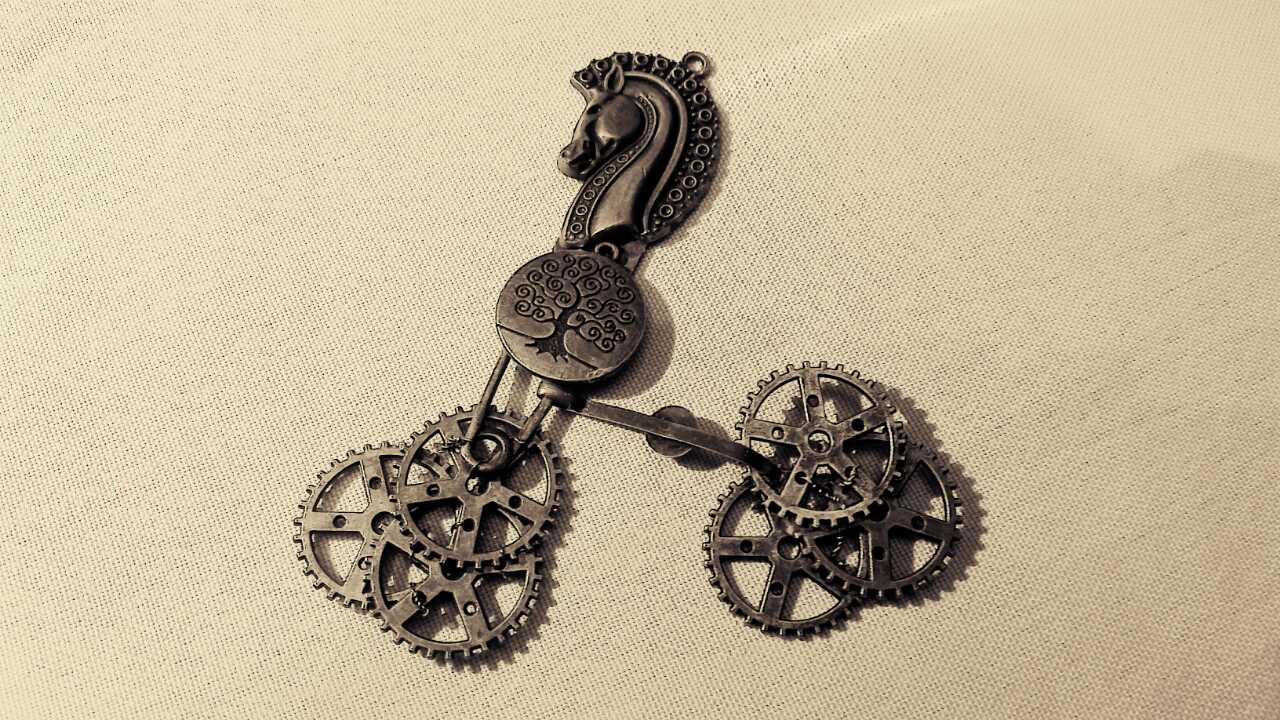 The birth of a brass dragonfly. 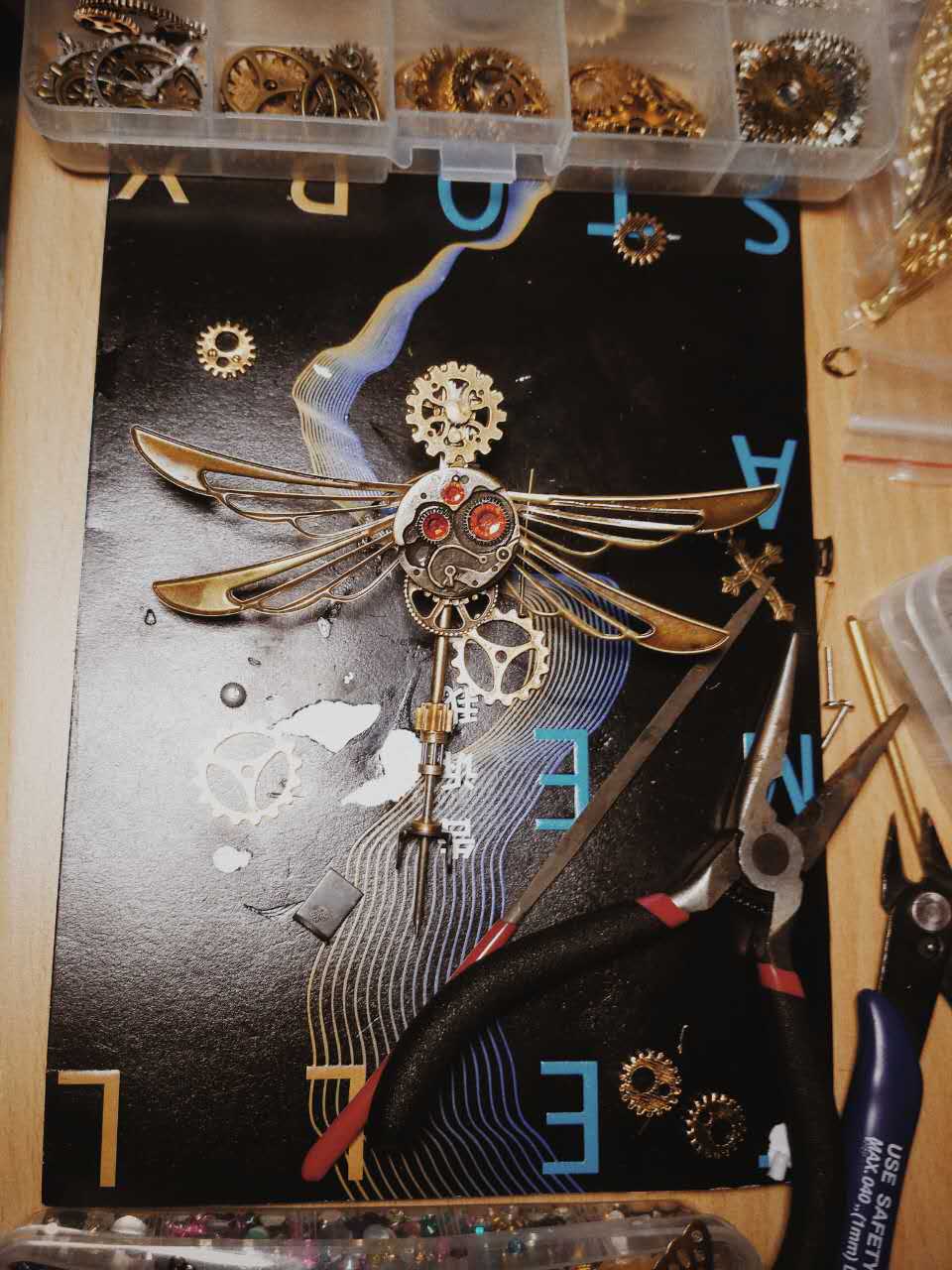 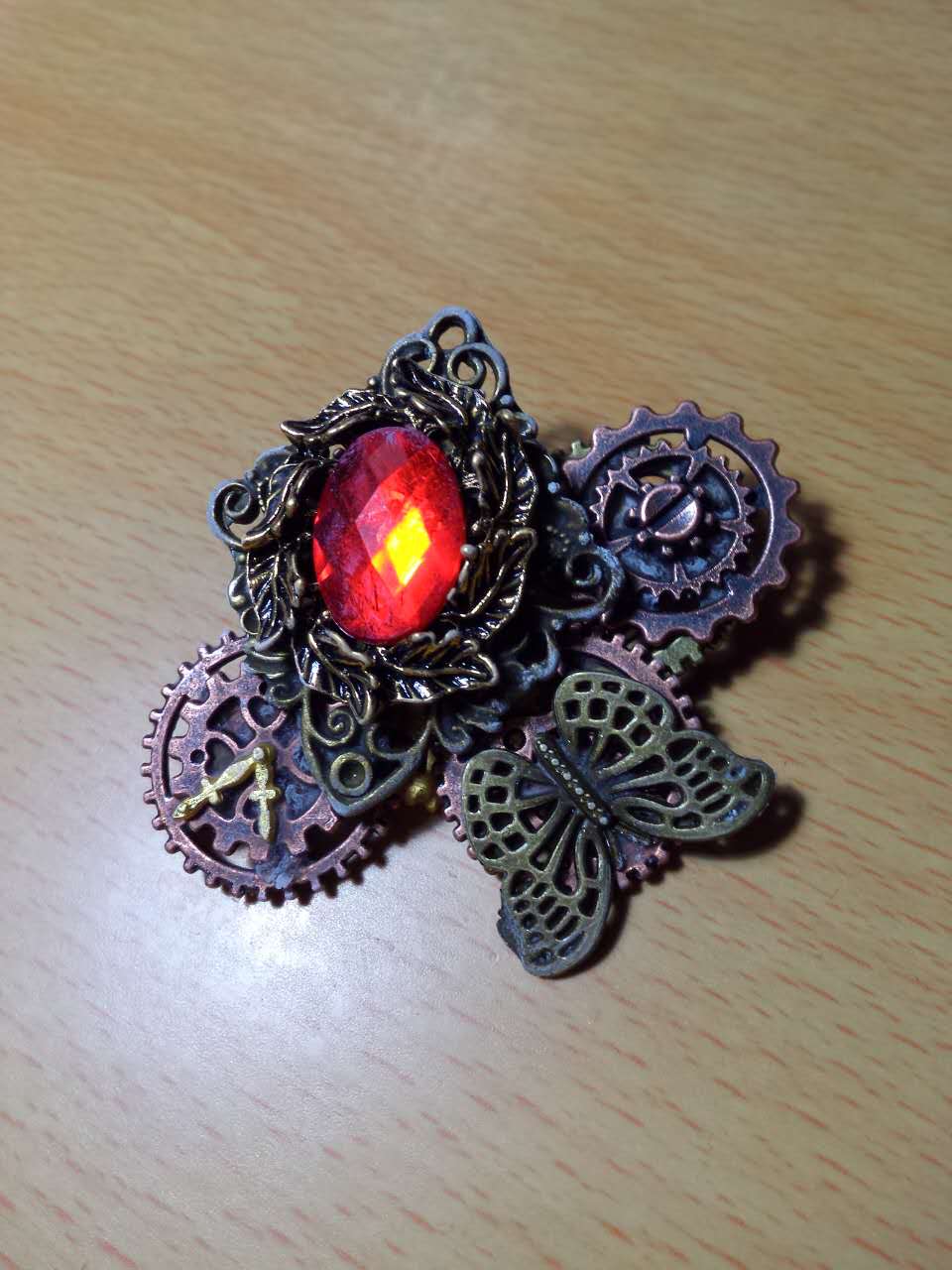 For some final notes, the steampunk DIY session was organized in the name of Apple Party, one of SF AppleCore’s serial events and this is the twenty-seventh occurrence in the running sequence. As usual, since AppleCore is a non-profit organization, the participants only need to pay for the basic expenses for the physical materials involved.

PS: The photographs are contributed by the organizers, the guests and the participants.

In the next few blogs, I will have a look at magical birds – messengers between the human realm and the supernatural in many cultures. First off, Quetzalcoatl: the feathered snake of the Mexicans.

Excerpt: Pacifier 6 – The Shadows Within by Geoff Wakeling