Home Awards The Changing Horizon: A Brief Summary of Chinese SF in Year 2015

In August 2015, the Hugo Award was presented to a science fiction novel by Liu Cixin and Liu became the first Chinese author to receive such a prize. Chinese SF fans were very enthusiastic about this outcome. In the meantime, year 2015 has also seen a lot of other activities related to SF going on in China, which deserved a summary here.

For a start, the following table shows the number of SF books published in China from 2010 to 2015, not including books in the public domain, fantasy books, children’s books and reprinted books with the original ISBN.

Of the 69 original books in 2015, there are about 20 new novels, which might not seem like a large number, but compared to earlier years, it is an improvement. In fact, a few of them are debut novels by young writers, such as Xiao Xinghan and Zhou Jingzhi. 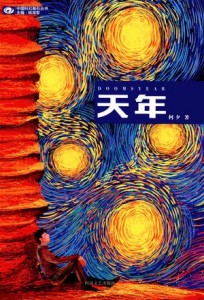 The imported books showed a variety of strains. From classics by Isaac Asimov and Robert Heinlein to the latest Nebula Award winner, Jeff VanDemeer’s dark supernatural fiction, Annihilation, all these books were translated and published under the operation of a group of publishers who had an eye on the SF market. 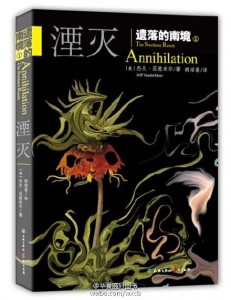 Suffering from continuous sliding of printing numbers, New Science Fiction Magazine ceased publication in 2015, which made Science Fiction World the only paper print SF magazine in China. On the other hand, online publication/magazines, such as Little SF APP, Comet SF, Bu Zhou became a more profound existence, contributing many new short fictions for the year.

Another notable source for new fictions is webserials. There are a few matured web fiction sites in China and some of the novels on those sites are science fiction, or at least comprised of SF elements.

The two official SF awards, the Galaxy Award and the Nebula Award, continued to exist and are still the most important prizes for Chinese SF. However, in 2015, the best novel for Galaxy Award and the golden award for novels for Nebula Award were vacant. Meanwhile, a few enthusiasts managed to create a new award, the Coordinates Award, which for the time being focuses on short fiction).

Apart from the award systems, there were several writing contests in 2015. These contests attracted a large number of fresh writers and many of them have shown potential. The organizers of the contests came from a variety of sections. There were content publishing sites, such as Fannova(www.wcsfa.com) and Kedo. There were social media sites, such as Douban. There were government sponsored organizations like China Science Writer’s Association. And there were fanzines like SF Wen Hui (SF Compilation).

Moreover, the Science & Fantasy Growth Foundation was established to organize a special yearly contest: Morning Star & Jinkang Award. Writers who distinguished themselves in this contest received cash prizes from the Foundation. There was even an awarding ceremony at the conclusion of the contest.

Some of the writing contests were attempts to create something similar to the Star Wars franchise, with authorized sales of toys, games, graphical novels and so on.

However, neither the contests nor any other forms of endeavour have got very far on that frontier. The closest thing so far is still The Three-Body Problem trilogy, which has a number of official and unofficial derivative works.

But that does not mean it is a dead end. On the contrary, people in various media industries have become aware of the opportunities represented by science fiction. For example, the copyright authorization fee for film adaption is generally more than ten times of that five years ago.

In 2015, Prof. Wu Yan of Beijing Normal University became the mentor of China’s first ever doctoral candidate majored in science fiction literature. Considering the other graduates in this area, such as Li Guangyi, Wang Yao(Xia Jia), Jia Liyuan(Fei Dao), Guo Kai and Ren Dongmei, the academic study for science fiction is well on its way for growth.

There were more than 70 college SF clubs in China in year 2015. Compared to 120 clubs in 2012, the number was reduced. However, two independent fandoms, Future Affairs Administration in Beijing and SF AppleCore in Shanghai, were still very active.

SF AppleCore is the most important fandom in Eastern China. Last year, in addition to orchestrating the annual Shanghai Science Fiction and Fantasy Festival, SF AppleCore continued to operate on a regular base to bring about the public SF events such as AppleCore Party (speeches and gatherings of fans) and AppleCore Reading Group.

Future Affairs Administration was the backbone behind the 2016 Worldcon bid for Beijing. Although the bid was not successful, they organized the Chinese Nebula Award ceremony in 2014. Last year, this fandom was consolidated into a media platform for SF and technology related information, although the function for fan events still remained.