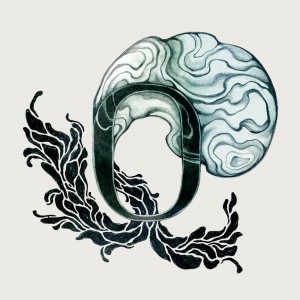 Oxymoron? If you think the title of this blog post is one, then read on, dear disillusioned reader! Be warned though, it’s going to take me a moment to get to the actual poetry.

The members of the SFPA and our friends on our Yahoo Group had a conversation “recently” (well it was recent when I started writing this post about 6 weeks ago!) about publishing minority and oppressed voices and the position of privileged parties when it comes to getting published. It came to our attention because of recent articles about Michael Derrick Hudson, a white cis male poet (the most privileged type in our society), using a female Chinese pseudonym to resubmit a poem that had already been rejected 40 times. It was rejected another 9 times before being published and subsequently chosen for the Best American Poetry Anthology (BAP) at which point Hudson revealed his true identity to the editor, Sherman Alexie (a Native American). What followed is as mind-bending as the best time travel story. Alexie opted to keep the poem for BAP and vowed to examine his own unconscious (reverse) “bias”. He said he liked the poem because it was unique and interesting and lacking in overt Chinese themes. That’s basically why he decided to keep it in, because other than misrepresenting his identity, the author didn’t try to appropriate a Chinese identity in his poem. My first reaction to all of this is to point out that equality feels like oppression from a position of privilege. That an editor of a minority people should question his own racial bias is really just a step too far at this point. I don’t think we, as a society have progressed far enough for that. White male/female cis poets are still much too well represented.

In light of all this I thought it prudent to examine my own practices of inclusion. I am a white cis female. In this blog I have interviewed 2 men and 2 women. 3 white, one of middle eastern descent. I’ve reviewed collections by 13 men and 13 women. Not bad! I’m not sure if there was much diversity otherwise. I reviewed a few anthologies – all but one edited by men. Hmmm. Evaluating statistics of representation in my Genre Poetry Round Ups would take much more time than I want to spend just now. I’m reasonably confident that at least the sexes are pretty evenly represented.

In our discussion about what is considered best practice for an editor we also discussed encouraging minorities or underrepresented groups to submit in the first place and how to do that. It’s really pretty simple: come up with a theme that speaks to those whose work you want to see more of and/or call for submissions where it will be seen by those individuals.

It’s not very daring, but that’s where the idea for this Round Up came from. Hard SF Poetry is a genre, which doesn’t immediately call to mind numerous examples by women. And in fact, it hasn’t been particularly easy finding examples for you to read online. Especially recent ones. The magazines which are in the habit of publishing Science Fiction (as opposed to Fantasy or mythic or “other” genres), and which include a bit of poetry are mostly print. Asimov’s has recently started featuring a poet in their online presence, but they haven’t featured a woman yet. The archives page shows that there are plenty of (seeming and actual) women, such as E. Kristin Anderson, Megan Arkenberg, Ruth Berman, Karin L. Frank, Claudine Nash and Jane Yolen, who’ve been published there. Same goes for Analog, but with far fewer women represented (Kate Gladstone, Lola Haskins, Mary Turzillo to name the few women published therein in 2014). There are very few online Zines, which focus specifically on Science Fiction poetry, they are: Oh. Exactly one: Scifaikuest. There are many online Zines, which focus on or include a good number of poems, and it’s not necessarily a bad thing that they are not specifically SF, but it’s made my investigation that much more difficult!

Scifaikuest is a print and online magazine dedicated to SF haiku and other short short and Japanese forms of poetry. In the most recent online version you can find some nice poetry by Lisa Timpf, Roxanne Barbour (whose offering I particularly like) and Lauren McBride. Go to their August 2015 issue.

My call elicited a few responses from poets hitherto unknown to me. Landon Godfrey was one delightful surprise – she pointed me toward a couple of poems about robots and space travel; “And I Stain’d the Water Clear” and “Travel”, which you can read at Freeze Ray Poetry. Wendy Van Camp was a poet writing in a vacuum, thinking she was the only one writing scifaiku. Most of her work is published in a digital magazine called Far Horizons and on her blog: http://nowastedink.com . Margaret Rhee has a poem up on Hyphen Magazine: “This Is How You Make Love to a Robot“. Sarah Blake has published a series of poems titled “The Starship” (I – XII). “The Starship” is a book-length poem in illustrated installments on Berfois. The first poem tells of a huge alien starship, which parks itself above the protagonist’s house. The story isn’t about the starship per se but about how its presence affects her and the people around her. I’m looking forward to reading the entire thing and will probably review it here at a later date.

I also got responses from some poetesses who are well-known to me: Ruth Berman, Ann K. Schwader, Marianne Dyson, F.J. Bergmann, Christina Sng, Lizl Bennefeld. I was reminded that some of these women contributed to my “recent” edition of Eye to the Telescope (ETTT) on the theme of Music. I edited issue 16 of the Science Fiction Poetry Association’s online journal (which, incidentally, doesn’t focus specifically on SF poetry), and I was surprised to have it pointed out that many of the women’s contributions could be considered science or hard sf poetry. See Schwader, Berman, Sng and Bergmann’s, as well as Deborah Guzzi, Renée M. Schell, Lark Bertran, and Deborah P. Kolodji’s contributions here.

Ann K. Schwader is a formal poet whose poetry is usually either SF, based in the hard sciences, especially astronomy, or weird, in the tradition of H.P. Lovecraft. I love her poetry, her adherence to traditional forms (sonnets, sestinas, pantoum, haiku etc.) appeals to me and I am always inspired by her work. In addition to her sonnet in my issue of ETTT No. 16, you can also find “These Final Skies,” a near-future poem about senior colonists on Mars in ETTT No. 12. You can also read an excellent, prize winning haiku here on The Heron’s Nest and a lovely tribute to the man who discovered Pluto (Clyde Tombaugh) on her blog The Yaddith Times. And I’d be remiss if I didn’t include the link to her author archive on Strange Horizons, most of which is SF.

F.J. Bergmann, editor of the SFPA’s Star*Line and Mobius: The Journal of Social Change, is an extremely versatile poet, whose imagination knows no bounds and whose unflagging poetic endeavors have reaped many awards and won many contests. She has a soft spot for SF poetry and provided me with a list of way too many poems you could read online. Most of her work on Strange Horizons is based in science, so here is the link to her author page. On Songs of Eretz Poetry Review Bergmann has a most spectacular double abecedarian poem – one in which each line begins and ends with a letter of the alphabet in the correct order – about alien invasion: “Cosmic Conflict” And “Summer Palace”, a surreal time/space contiuum piece on Kaleidotrope.

Christina Sng is a poet and writer from Singapore and a “tinkerer of all things gadgety”. Mostly her poetry is dark to horror or with SF themes. She told me that she’s planning to start a new journal or website for Astropoetry. Go read these two haiku at the website of Astronomers Without Borders. “Titan” received honorable mention in their Astropoetry contest, and the very recent “Satellites” as their Astropoem of the week. She has several more on their website. Go to her author page to see a list with links. “The Dissection” is a great poem about alien invasion on Apex Magazine and “Twenty Years” about escaping to a new planet when ours is dying on New Myths.

Lizl Bennefeld is a poetess whose poetry runs toward science fiction (although often it is mild horror, or dark poetry). You can read the poetry that has appeared in Star*Line on her blog Quilted Poetry.

Marianne Dyson, a former flight controller for NASA and a PhD in Physics, hasn’t published anything online recently, having just returned to writing poetry after many years focussing on other things. But she does have a new collection of her poetry out called Space Poems several of which you can read on her website, where you can also find a link to the book for Kindle.

The thing is, women tend not to write such clear-cut, black and white, hard science fiction or soft, science fiction or fantasy types of poems. I found countless examples of something inbetween. The most recent issue of Silver Blade Issue 27 includes poetry by Marge Simon “Another Place”, and Lauren McBride – “Always Wet and Humid Here”, which I would consider Hard SF enough. And in the archives of Strange Horizons, which I would’ve thought would have had a lot of SF Poetry, I found Stephanie Wytovich’s “The Art of Constellations”; Snigdha Chaya Saikia’s “Stars”; Ada Hoffmann’s “Octopi Viewing a Submersible”; A.E. Ash’s “Letters to S. From Poet-Build Beta-3”; and “Challenger” by Bronwyn Lovell is a bleak tribute to the crew of that ill-fated mission. All of these poems have an element of science as an important basis for the narrative, but the poem is not actually about the science, but rather more about interpersonal relationships. Almost everyone who got in touch said, “I don’t know if this is science-y enough!” And you know what? If there’s anything I’ve learned over the past few years, is that most poets aren’t writing black-and-white poetry that you can easily categorize, and when I consider the types of poems I’ve featured today, these are the ones I love the most.

* I consulted with John Joseph Adams to make sure I was allowed to use the catchy “Women Destroy…” title and he said there was no proprietary restrictions. We felt that it might be mutually beneficial to perpetuate the “brand” (perhaps more beneficial for me and the poets featured here?), but that I should make it clear that there is no actual affiliation. So, to be sure, this article has no affiliation with Lightspeed Magazine and the series of special issues they have published with the titles “Women Destroy…(whatever)” To see what that’s all about (if you’ve been living under a rock) head over to their website: Women Destroy Special Issues

So that ought to keep you busy for a while! I’m back now, after a long hiatus, while my family and I moved from France back to Germany and my son started the first grade. Now that we’re in as much of the swing of things as I think we’re going to be, I’m planning on posting more or less regularly! I discovered I have a couple of reviews already written, that just need some audio examples, which I will post over the next few weeks. After that, I’ll be whittling away at my back log! It’s quite frustrating actually – I have very little time to read and write – and people keep writing wonderful poetry! Arrrgh!