The Degenderettes Exhibit at Mission Comics and Art in San Francisco
By James Bacon: I love checking out comic shops, seeing what they are like, finding things I never knew existed or perhaps something I never expected to find. This is how I was as I walked into Mission Comics and … Continue reading →

Toni Lay Has Died
Veteran masquerade participant and Worldcon regular Toni Lay of the NJ/NY Costumers’ Guild (a.k.a. the Sick Pups) died August 28 after a lengthy hospitalization caused by a series of strokes. Her passing was reported by Susan de Guardiola who said, … Continue reading →

Scalzi’s Reading of Pratt Audiobook Goes Live
John Scalzi has released his reading of Alexandra Erin’s parody — “John Scalzi Is Not A Very Popular Author And I Myself Am Quite Popular,” the Audiobook, Read by Me, John Scalzi” Fans have donated over $10,000 to Con-or-Bust since … Continue reading →

Dogs With A Blog 8/27
(1) Kate Paulk on Mad Genius Club – “Yet Another Hugo Post” I was going to mine the Intertubes for Nazi quotes that the Puppy-Kickers could have said if they’d been about Puppies or white men rather than Jews, but … Continue reading →

Rescue Suzette Haden Elgin Papers
Robin Wayne Bailey is making an appeal on Facebook to save a vast archive of material that belonged to the late Suzette Haden Elgin. An antique dealer in Arkansas who purchases abandoned storage lockers for his business recently acquired one … Continue reading →

Heinlein Society Announces New Scholarship
The Heinlein Society will begin awarding the newly-created Virginia Gerstenfeld Heinlein Scholarship with the 2016-2017 academic year. The scholarship, endowed by a multi-year donation from an anonymous source, will be available to women undergraduates majoring in STEM (scientific—physical or biological, technical, engineering, mathematics) subjects. … Continue reading →

2015 Black Hole Awards
The list of award winners from last weekend’s 2015 Hogu Award and Black Hole Award Ranquet in Spokane has been provided by Matthew B. Tepper. (References to anything “from the floor” means the audience made it up.) The event was organized by Fred … Continue reading →

Did My Nose Grow?
Vox Day’s SJWs Always Lie, released today, is at this writing the #1 Amazon Best Seller in two categories. Though why should you believe me? You know what SJWs always do. The book is named after the First Law … Continue reading →

Enriching Your Puppy Vocabulary 8/26
(1) Rachel Keslensky has contributed a comic called The Saddest Puppy to Scenes From A Multiverse. (2) Eric Flint – “Do We Really Have To Keep Feeding Stupid And His Cousin Ignoramus?” So. Let me establish some Basic Facts: Fact … Continue reading →

Pixel Scroll 8/25 Polldark
(1) David Gerrold has posted the text of his Guest of Honor speech publicly on Facebook. He says later he will have an audio link so people can hear where he went off-script. Great science fiction is innovative. It defies … Continue reading →

Puppies In Perpetual Motion
(1) We begin with some choice misinformation from Charlotte Eyre’s “Five ‘no awards’ given at Hugos” on The Bookseller. The groups [Sad Puppies and Rabid Puppies] had allegedly paid for fans to go to WorldCon to have influence over the … Continue reading →

The Night I Became The Batman
By James H. Burns: Driving through Rockville Center, a pretty big suburban town in Long Island, New York, about twenty years ago, I realized that people really just don’t look any more. Because when I was at a stop light … Continue reading →

John Picacio Sets A Boundary
Award-winning artist John Picacio told his Facebook readers he will stop displaying art at cons that don’t have a policy of making immediate payment: As of today, I will no longer participate in convention art shows that don’t pay their … Continue reading →

Talkin’ About The Puppies
(1) Michael A. Rothman accuses Fandom of disillusioning his teenage sons. I took my kids to WorldCon to expose them to Fandom and I’ve consciously shielded them from any of the politics of the kerfuffle associated with the literary “sides” … Continue reading →

Yvonne Craig, R.I.P.
By James H. Burns: I’m not quite sure why Yvonne Craig’s passing is hitting me as hard as it is. She had a lovely life, in both show business and afterwards (becoming successful in real estate, and other business ventures, … Continue reading →

2015 Worldcon Chairs Photo Session
Worldcon chairs of the past and future appear in this video recorded at Sasquan. Your host says his piece at 1:33. Those on hand span seven decades, from Erle Korshak, co-chair of Chicon I (1940) to the newly-elected chairs of Helsinki’s Worldcon 75 (2017).… Continue reading →

Sasquan Fan Funds After-Auction Report
By Ulrika O’Brien: I confess when I first sat down at the cashiers’ table, I felt a degree of trepidation. As I surveyed the crowd across the dim and smoky haze in Guinan’s, it seemed to me that most fans … Continue reading →

Other Awards Presented at the Hugo Ceremony
At Sasquan’s Hugo Ceremony on August 22, the winners of several other significant awards were announced. Big Heart Award: On behalf of David A. Kyle, Steve Francis presented the Big Heart Award for 2015 to Ben Yalow. Ben has since … Continue reading →

Leaving on a Jet Plane
I’m in the Spokane Airport getting ready to fly back to LA.The continuing forest fires have turned the outside air into something that smells like Pompeii and looks like Mordor. I will have a lot of catching up to do … Continue reading →

Sunday Business Meeting at Sasquan
Today the Sasquan Business Meeting will consider 4/6, E Pluribus Hugo plus other unfinished business and whatever shennanigans people have left in their deck at this point. Livebloggers welcome.… Continue reading →

Memories of Tonight’s Hugo Ceremony
While I was in an elevator leaving the Hugo ceremonies, Frank somebody looked me in the eye and said “How’d you like that. That’s what you wanted, wasn’t it,” in a surly voice. Since he was being rude I told … Continue reading →

Magic Sofas At Sasquan
By Leigh Strother-Vien: Sasquan, the Spokane World Science Fiction Convention, has magic sofas! Nonsense, you say? Ah, but whenever my body has informed me that I MUST take a break, lo, there are sofas (& sometimes easy chairs) to rest … Continue reading → 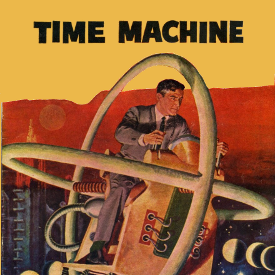