We all have favorite science fiction books, along with opinions and thoughts associated with them. I’ve listed three of my favorites books or series below. 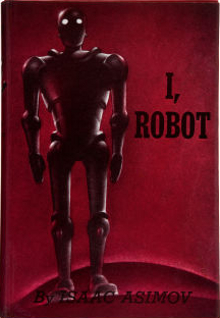 I, Robot—A collection of nine short stories, this book included the tale that outlined the Three Laws of Robotics:

The stories were told from the point of view of Dr. Susan Calvin, chief robopsychologist at U.S. Robots and Mechanical Men, Inc. As a reader, I adored Dr. Calvin because 1) She was the head robopsychologist, and many SF books at the time did not feature women in such leadership roles, and 2) She did not fit the traditional female mold. She was not the beautiful love interest; she was the workaholic social misfit who had a crush on a coworker and was convinced by one of her telepathic creations that the coworker’s girlfriend was really a relative (“Liar!”) And which one of us hasn’t gone through this? 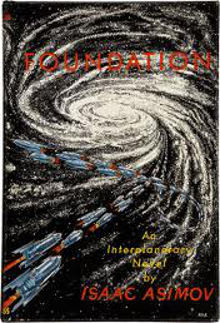 Foundation Trilogy—The original trilogy titles were Foundation, Foundation and Empire, and Second Foundation. The stories dealt with a branch of mathematics known as psychohistory, which could predict the actions of large masses of people over time. Psychohistory’s inventor, Hari Seldon, predicted that the Galactic Empire would collapse and a “dark age” period would follow. He laid out a psychohistory plan to help ensure that the dark ages period would be minimized. However, a mutant who could telepathically alter people’s emotions appeared on the scene and began to conquer planets, something that the psychohistory plan couldn’t predict.

I think this series illustrates the large impact one individual can have on events. Ghandi and Martin Luther King, Jr., come to mind. These men led movements that changed the lives of thousands of people. And the idea of one person being able to alter the course of history, strangely, gives me comfort. 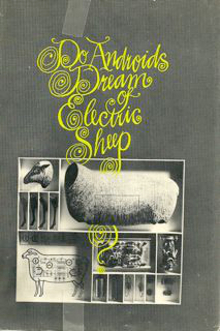 Do Androids Dream of Electric Sheep?—Written by Philip K. Dick, this book inspired the movie, Blade Runner. In the book, radioactive fallout from World War Terminus has destroyed a good part of the Earth. Humans are encouraged to live off-planet on one of the colonies with the incentive of receiving an android servant. However, a group of the latest model Nexus-6 androids have escaped and made their way to Earth. And Officer Rick Deckard is given the task of terminating them.

As is often the case with stories about androids, the book’s theme explores the differences and similarities between humans and their mechanical counterparts. Empathy is perceived as the gold standard of human emotional attainment and Deckard believes androids cannot show empathy. However, he subsequently finds that androids can have empathy and that humans can sometimes lose theirs. I thought this book also offered a realistic dystopian landscape, one that may come to pass on Earth if we don’t nurture our environment.

What are some of your favorite SF books?