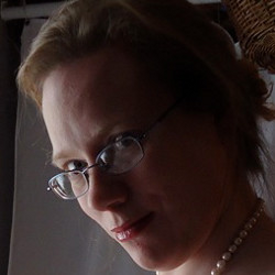 I have been pondering school, learning in general, and this past semester in particular as it is drawing to a close. I am taking a Composition and Literature class not for any other reason than the school requires it, and it’s been a mixed experience for me. But on the other hand, when we stop learning, we’re dead, especially as writers. For to become a good writer, you don’t need the credentials of “been to school” but you do need to qualifications of “can do this proficiently” and that’s something that can be conveyed as easily as your reader can absorb it. With my second novel coming out Dec. 1, I hope that I can show (again!) I am qualified to call myself a writer.

Etymology has always been an interest of mine, taking apart a word to see how it works, then putting it back together, and letting it go again, part of a sentence and working beautifully to illustrate my point. Another level of complexity up, and we see metaphor, cliche, tropes, memes, and stereotypes all lined up to carry that point home in fewer words than it would take to explore all of it fresh. Finally the whole picture becomes clear, with thesis, apologia, and plot to give the story, essay, or paper the bones all those words flesh out.

I gave my son, when he was six and old enough for them, my box of legos. He will sit and build endlessly with them, each block discrete, and yet full of possibilities. Words, adjectives, punctuation, similes: these are my lego blocks. I have more colors than he has to create with: mauve, puce, maroon, and chartreuse to begin with. Each part of a sentence goes together with a satisfying click, but there is nothing to stop me taking it all apart again to build something new with these same words and phrases.

So learning a new word is a bit of excitement in my life. Just recently in chemistry class I learned the word zwitterion. It’s a biomolecule that changes polarity based on pH level in the body, but that’s besides the point. It’s just a really cool word. I haven’t looked up the etymology of it yet, and it doesn’t sound either Greek or Latin, which are the languages I would suspect in any other science, but I am learning that chemistry has a language all its own. The English language is an entity all its own, prone to knocking up other languages and bearing their bastard children with words like “gesundheit” which I was highly amused to learn sounds to a non-native English speaking woman I once worked with as “goes in tight,” leaving her totally confused over why a sexual reference was made every time someone sneezed. I suspect most who use that old German word don’t even know what it means, any longer. When I was younger, and you could do such a thing, I would read the dictionary. Now, with the ability to type a word into google, I no longer have the pleasure of rabbit-trailing off from looking up one word to discovering others. Googling for the meaning of zwitterion yields that it comes from the Old High German root zwi-, which means twice. Makes sense, since it essentially has the capacity to switch back and forth.

I also get excited when I learn new techniques. In the Latino Literature class I am taking this semester I learned about found poetry, the art of plucking words and phrases from and existing text to create something new. Making a piece of word art resonate out of the dry depths of a syllabus awakened a sense of joy in writing poetry I had forgotten.

Collecting ideas for the Art of China, Japan, and Korea to write a paper, I came across the concept of the four treasures of study. Each component of the creation of a text was considered a work of art on its own. Paper, as I write this essay longhand on a college-ruled notebook, knowing it will be transcribed into an ephemeral document of pixels existing only in the cloud. Brushes, that feather-swift movement over paper or silk, now the blunt tapping of fingers on keys. Ink, once ground on a stone with just enough water to release the depth of color desired by the artist, from a pale shadow wash to the boldest black. Now, I make settings for colors, fonts, drop shadows, kerning, and scaling, my eyes fixed to the screen. The final treasure was the inkstone box, a work of art decorated with symbolic meaning, and object of meditation meant to inspire the artist, whether he be painter, poet, or author. My inkstone is my iMac, old and prone to overheating, but precious and full of memories, creations; in short, my life.

This semester, related to writing, has been more about rediscovery than learning anew. The time to stop, look hard at poetry and metaphor, to explore the whys or word usage, has been invaluable. This rest and refreshment is as good as filling my brain full of new concepts, allowing me to resume my work with a sense of energy and joy in it. I will write my next novel over winter break and I am eagerly ready to start in on it.