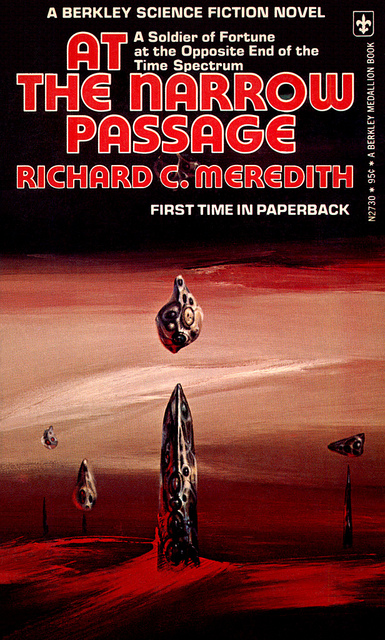 I recently came across an announcement that writer-director Robert H. Gwinn is planning to film his own three part adaptation of Richard C. Meredith’s Timeliner Trilogy. Given Gwinn has only a handful of shorts and one feature, the poorly received Renovation (2.6 rating from 133 votes on the Internet Movie Database) to his name, this seems unfeasibly ambitious. Done properly the Timeliner books would take a summer blockbuster budget and a highly experienced director. Given the state of Rampant Films’ website I don’t have high hopes. Still, according to the press release Gwinn has the support of Meredith’s widow, so we’ll see. However this turns out, this seems like a good moment to revisit the Timeliner Trilogy.

The books are At the Narrow Passage, No Brother, No Friend and Vestiges of Time, originally published in the US in 1973, 1976 and 1978. There was no equivalent British printing, and the trilogy was not published in the UK until 1987, when it appeared in a single volume edition as Number 14 in the Venture SF/Arrow Books imprint. That edition featured a revised text prepared by the author in 1978 and is the version I discuss here.

The trilogy is narrated by Eric Mathers, a mercenary officer in the pay of the Kriths, beings naturally able to ‘skud’ between parallel worlds, or timelines. The Kriths, employing human agents, are working behind the scenes on hundreds of earths to manipulate history so that as many timelines as possible will be sufficiently technologically advanced to meet a threat to the earth in the mid-distant future. The Krith have evolved on a parallel earth far to the ‘temporal east’ of our own, but the danger from the future is the same in all timelines, so human and Krith interests coincide. At least, this is what Mathers believes when we first meet him. 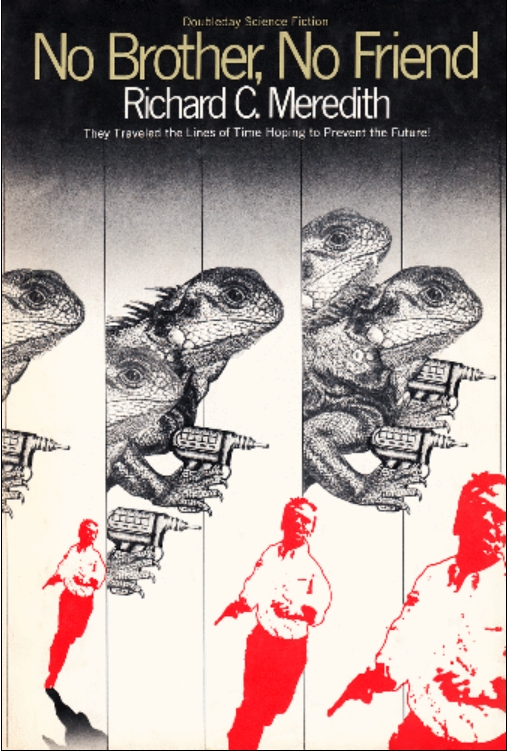 In At the Narrow Passage Mathers adopts the role of a British army officer and is involved in a Krith-backed plot to kidnap a German count in a timeline which is fighting its equivalent of the Great War. It is 1971 and there has been no American independence. George X is on the throne and Europe is largely ruled by the Holy Roman Empire.

The kidnapping goes wrong, largely due to the intervention of a second group with the ability to cross timelines. Mathers finds himself a prisoner in the equivalent of Florida, where he is confronted with the possibility that the Krith are not what they claim. A labyrinthine war is being fought across the parallel worlds by Krith, humans and Paratimers, and the stakes are much higher than Mathers thought.

The first two-thirds of No Brother, No Friend consist of chase-capture-escape sequences and military machinations in a German-Gothic America. The book builds to a series of dramatic revelations but it is a shame that in revising the trilogy Meredith did not make more radical alterations, deleting unnecessary flashbacks in the second and third volumes and cutting much of the military maneuvering from the middle volume. No doubt this material was commercially necessary to bring the second title up to novel length for separate publication, but reading the story as a single volume much of it is superfluous. As with so many trilogies, book two consists largely of wandering around and fighting, before a major confrontation and some vital developments which could as easily have been worked almost directly onto the end of first novel. 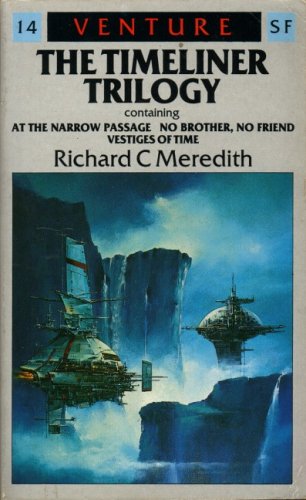 It is the final volume, Vestiges of Time, which really makes the Timeliner Trilogy rewarding. Meredith shifts to a caste-dominated America colonized not by Europeans but Asians. Here starships are a reality and the elite live in decadent luxury. Mathers finds himself a rebel general being trained to psychically control an army of clones, and from this point Meredith takes the trilogy onto an unexpectedly high level of storytelling. The verve and ingenuity with which he weaves his sprawling plot together is breathtaking. An enormously complex tale twists and turns through time and across parallel worlds, sometimes re-twisting around itself. Yet every detail is accounted for, and those moments which had perhaps earlier seemed improbably convenient coincidences slot neatly into the narrative. It may be argued that one particular chain of causality is never satisfactorily closed, but it is a minor point.

These are adventure stories and very much products of their era. Almost every woman is young, beautiful and described in terms of how much her breasts strain to escape inadequate clothing. Equally, almost every woman is keen to leap into bed with Mathers, who acts like an inter-dimensional James Bond. This sexism is partly off-set by the fact that Meredith does place women in positions of authority, and gives them some of the action beyond the bedroom. 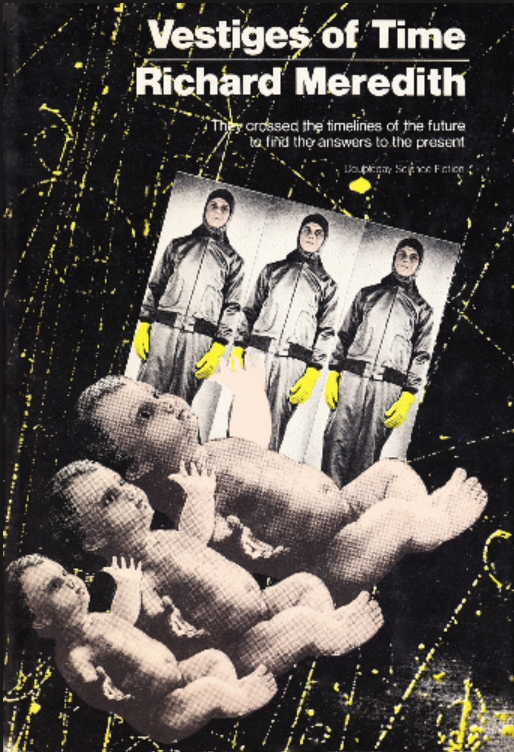 Meredith has a vast story to tell and he takes the reader to some marvelous and terrible places: KHL-000, home of the Krith Troma gestalt; a single beautiful civilization spread across many adjacent parallel worlds, and which may not even exist; the fourth planet of the star Pollux, the storm-wracked water-world home of genetically engineered colonists; the Albigensian Timelines, devastated by a terrible war which may yet consume all humanity.

Aged only 41, Richard C. Meredith died in of a brain hemorrhage on 8 March 1979. He is not a well known writer but the SF world suffered a notable loss with his passing. I suspect that had he lived he would probably have become an important name. His imagination was so bold he would not have remained in obscurity forever.

*This is a revised and updated version of an article which originally appeared in Vector (#204, March/April 1999) as. ‘A Man Out of Time: The Timeliner Trilogy by Richard C. Meredith – A Retrospective’.