Home Film/Televison ‘The Birds Is Coming’ (Again) and Rebecca Too 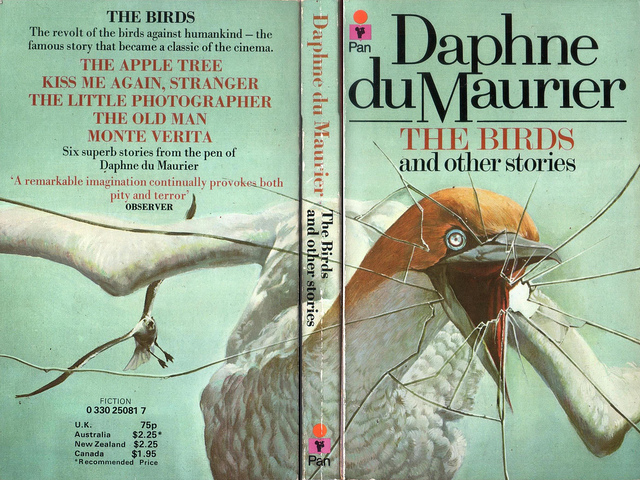 No sooner had I finished my post two weeks ago about Daphne du Maurier, complete with references to The Birds and Rebecca, than I took a look at the Internet Movie Database and saw that both stories were listed as having new film versions in preparation. Though, as if the rest of the internet didn’t exist, the IMDB wouldn’t tell me more unless I upgraded to a pro subscription. Plenty of other sites provided me with the information for free.

So what did I find out, and what do I think about the prospect of new films of The Birds and Rebecca?

Well first let’s be sure that we are thinking about the same things. The internet generally describes everything as a remake. Why, because films are usually more famous than books. They are certainly more seen. Regardless of how successful a book may be, far more people will watch the film than ever read the novel. if a million people read a best-selling book, perhaps ten times as many will go see the film, and eventually over the years tens of millions more see it on TV. And because Rebecca and The Birds are two of Alfred Hitchcock’s most famous and celebrated films most writers have reacted to the announcements of new film versions as being remakes of Hitchcock’s films. But that’s not necessarily the case.

And not everything listed as a remake is, sometimes it is a new adaptation of a novel or story or other material already before used as source for a screenplay. For instance, no one thinks of James Cameron’s Titanic as a remake of the 1953 film of the same name, or of the 1958 British film A Night to Remember, and certainly not of the 1943 German film called Titanic. Because all four films were based on the same historical event. Closer to home it wouldn’t generally be thought that Kenneth Branagh’s Mary Shelley’s Frankenstein was a remake of the 1931 Boris Karloff classic, but an entirely new adaptation of Mary Shelley’s original novel, paying virtually no heed to the existence of James Whale’s film at all.

But everywhere the internet is telling us that Hitchcock’s Rebecca and The Birds are to be remade. The author of both stories, Daphne du Maurier, is running a not so close second. Well if the new productions are to be remakes then I can’t see any hope for them. What filmmaker can top Hitchcock at his best? Remember the near shot for shot remake of Psycho? Nor do most people. If the filmmakers intend to return to the original source material then it may be a different matter.

So what is being proposed? In the case of The Birds it appears the plan is to return the story to its original English location. (See my review of the story in du Maurier’s collection, Echoes From The Macabre). But whether the story follows the Hitchcock film or takes its own direction remains to be seen. The only potential casting news reports that Naomi Watts is being considered to play the role originally taken by Tippi Hendren. Which suggests the filmmakers sticking to the original Hitchcock blonde model. Variety has reported that the film is to be directed by Diederik Van Rooijen, a Dutch filmmaker almost completely unknown in the English speaking world. His 2013 thriller Daglicht (Daylight) appears to be very highly regarded, so the new version of The Birds could be in safe hands. 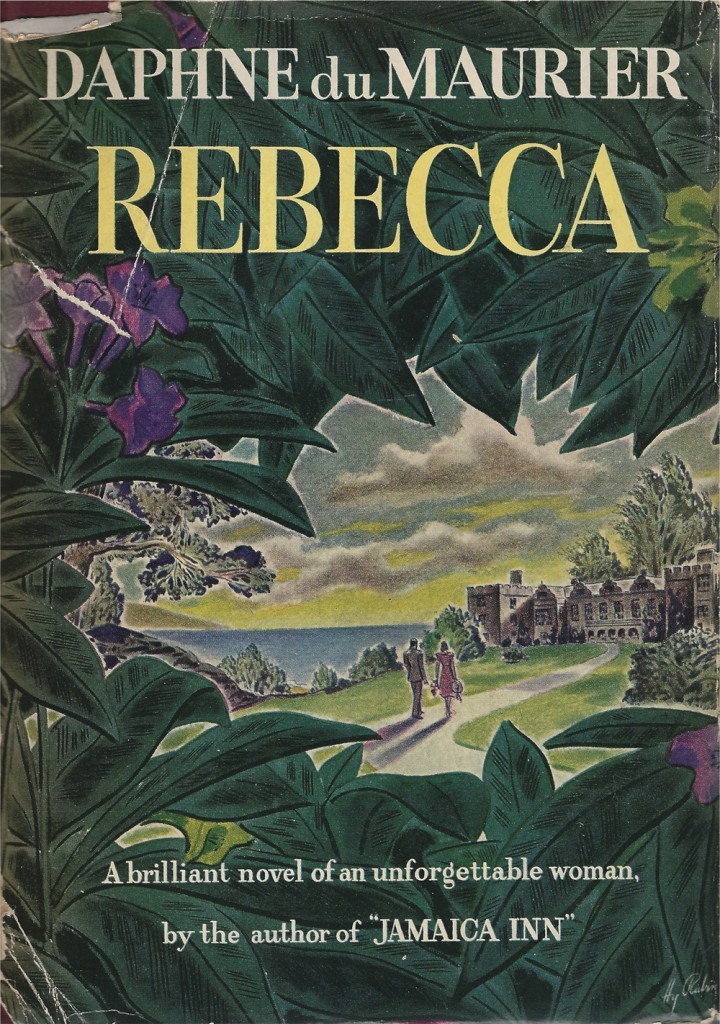 Except that Rooijen is a hired hand calling the shots on a joint venture between Mandalay Pictures, Universal and Platinum Dunes. And for those who care about cinema those last two words should be as alarming as murder of very hungry crows. Platinum Dunes is Michael Bay’s production company, and Bay is listed as a co-producer on the new The Birds. It is therefore fairly safe to assume that the film will be at best functional. Not because Bay is a terrible filmmaker himself, though he is, but because to date Platinum Dunes have made little but mediocre horror remakes – The Texas Chainsaw Massacre, The Amityville Horror, The Hitcher, Friday the 13th, A Nightmare on Elm Street. See a pattern here? Anyone considering putting The Birds in the hands of Platinum Dunes should be afraid, very afraid, because the result is almost certainly going to be, not a modern horror classic, but just horrible. The company specializes in taking classic horror titles and churning out perfunctory remakes which entirely fail to capture a modern equivalent of the spirit which made the originals so successful.

So whether the new film is nominally faithful to du Maurier (I say nominally because the short story is only 37 pages long, and whatever the filmmakers do they are going to have to add material), slavishly follows Hitchcock, forges a path somewhere between, or is even entirely fresh and original, it has a massive stumbling block to overcome. Still, there’s a first time for everything, and there’s always the possibility that this might be the time Bay’s name appears on something worth watching.

Rebecca is a different matter. The novel is over 400 pages long and the story contains such dark elements that certain aspects had to be changed for Hitchcock’s Best Picture-winning film. Due to the Hays Code a story like Rebecca couldn’t be told in Hollywood in 1940. Hitchcock’s film is great cinema, but it is not du Maurier’s Rebecca. A remake would be pointless because no one can top Hitch. A new adaptation of the novel, based entirely on the novel and / or du Maurier’s own stage adaptation, could be a completely different thing.

It is not as if there haven’t been other interpretations of Rebecca already, some looking to Hitch as their model, others returning to the original novel. One way or another the story has been told many times, from a BBC TV production in 1947 to a 1962 American TV version with James Mason, though an unofficial Turkish take in 1966 called Kiskanç kadin to an Italian TV movie (1969)… Most faithful to the novel is a 1979 BBC serial starring Jeremy Brett, Joanna David and Anna Massey, while a two part 1997 ITV mini-series best captures the ravishing beauty of the Cornish setting. This adaptation starred Charles Dance and Emilia Fox and Diana Rigg, Fox playing the same part of the unnamed narrator as her mother, David, did in 1979.

I think there is still room for a large scale, lavish new cinema version. One with the production values to bring the world of the novel fully alive. To render the stunning beauty of Manderley and the Cornish coast, to say nothing of 1920s Monte Carlo and London in richly detailed widescreen cinematography. Hitchcock’s film was shot in America (there was a little thing called WWII going on in England at the time) in black and white in Academy ratio. Wide, 2.35-1 deep focus cinematography with glorious saturated colour and deep pools of shadow and darkness for the more Gothic aspects could truly elevate a new film.

Equally any new Rebecca would require a gorgeous musical score – Christopher Gunning penned fine music for the 1997 TV mini-series which really should have been released on as soundtrack album. Unhappily, emotionally effective, melodic music is completely out of fashion in Hollywood, and without a great, emotionally compelling score the new Rebecca may fall flat.

But the film looks to be in good hands. The new Rebecca is being produced by DreamWorks, a company with a considerably better track record than Platinum Dunes. The director is the Danish writer-director Nikolaj Arcel, who co-wrote and directed the Best Foreign Language Oscar-winner En kongelig affære (aka A Royal Affair – 2012) and wrote the screenplay for the excellent Swedish film version of The Girl With The Dragoon Tattoo. He therefore has outstanding form working with both period drama and dark thrillers. Meanwhile the screenwriter is Steven Knight. Best known in the US for his work on David Cronenberg’s Eastern Promises, Knight is also the creator and writer of the dark 1920s set BBC crime drama series Peaky Blinders. Rebecca, it seems has powerful and appropriate creative talent to hand and could turn out to be a first rate film. It may even become the definitive adaptation Rebecca, though as classic cinema nothing will ever challenge Hitchcock’s Gothic masterpiece.