Home Art Weeaboos of the Renaissance 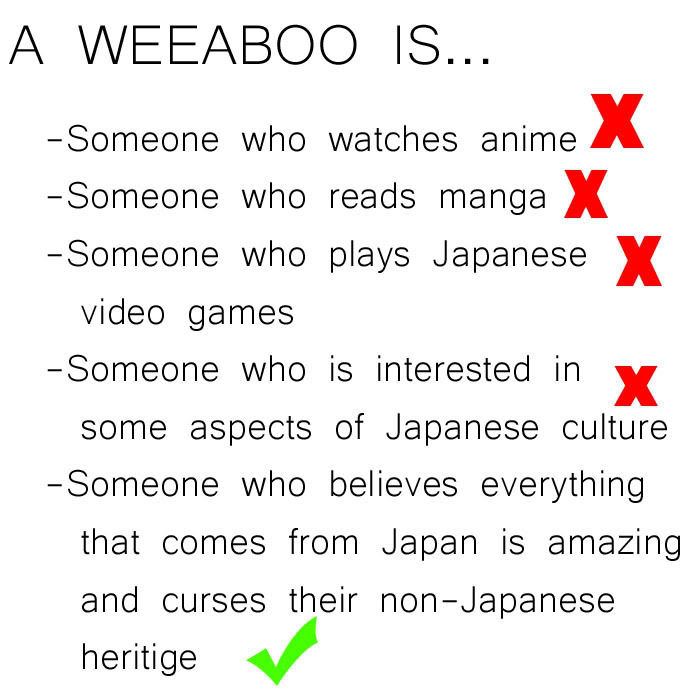 If you don’t know what a weeaboo is, you probably aren’t one. If you’d rather be quite sure, visit this link and play weeaboo bingo with yourself!

The checklist to the right is courtesy of knowyourmeme.com. We’re back in cultural appropriation territory here: as it relates to Japan, cultural appropriation is what happens when weeaboos are creative. But this isn’t going to be another post about fox spirits. I think we’ve all had enough of those for one year.

It isn’t even about Japanese culture.

This is a story of brainwashing, recovery, and hope.

Here I am in Tokyo and it’s not often I get to see great art. So I leaped at the suggestion from my lovely friend I.M. that we should go and see the Raphael exhibition at the National Museum of Western Art in Ueno. Off we trotted, all five of us counting Baby, in a light rain. Queued up and descended into the special exhibition space. It’s Hades redesigned by Ikea. Shuffling crowds of the damned with chunky audio-tour headsets on. I use Baby as an excuse / handheld battering ram to scriggle straight up to The School of Athens (a copy, obviously). And I am beset by a creeping sense of anticlimax.

This is great art? It’s not even that good.

We all learned in school that Raphael is one of the three great masters of the Renaissance, with da Vinci and Michelangelo. But honestly–what a relief it is to be honest about this, at long last!–I can’t see the point of any of them. I still want to hang onto my admiration for Michelangelo’s Pieta and the dome of St. Peter’s basilica, but since I’ve never seen either of these in real life, who knows? The same sense of anticlimax might await.

Raphael’s human figures are heavy, awkward, unnatural in the same way that the CG Na’avi in James Cameron’s Avatar are unnatural. They don’t move right. You can see the lack of groundedness; gravity has no purchase on them; they float on their backgrounds like the figures in a ViewMaster 3D viewer. The discovery of perspective slaughtered the elegant visual lexicon of the Middle Ages, and what did the Renaissance artists produce with their new naturalistic tool kit? A fever dream of exaggerated musculature and fleshy-bellied pulchritude, togas and veils billowing in no visible wind, limbs bundled into improbable contortions to fit the size of the canvas. Raphael’s naturalism falls short of realism and nosedives into the Uncanny Valley. The faces of his Italian contemporaries stare out from the whirlwind of allegorical draperies, betrayed.

I’m not a philistine. I’ve cried at a Georges de la Tour exhibition, hung reproductions of Russian ikons in my apartment, and I have an El Greco crucifixion on the desk where I write (this one). But just because it’s old doesn’t make it good! We’ve been brought up to think that da Vinci & co. are the ne plus ultra of figurative art but what if they were just the beta developers? What if they were the pioneers who had to spend their lives experimenting with a new artistic paradigm (naturalistic, increasingly secular) so that later generations could raise it to the level of true art? Experimenters screw up a lot. A lot. That’s how progress happens. And I feel like I forked over 1,400 yen last month to see a bunch of prototypes.

The problem with Raphael, and to a lesser extent Michelangelo and da Vinci, is that they were weeaboos.

I have to show you this.

See what I mean? See what I mean? Most of what the Renaissance masters did was the 16th-century equivalent of doujinshi. They rediscovered the art and learning of antiquity and it gripped their imaginations to the point of hysteria. They believed the ancients had possessed a higher, better, cooler understanding of, well, everything. The Greeks and Romans could do no wrong! Is this starting to sound familiar?

Here’s Machiavelli (of all people!) on the ancients:

[When I go into my library at night] I enter the antique courts of the great men of antiquity. They receive me with friendship; from them I derive the nourishment which alone is mine and for which I was born. Without false shame I talk with them and ask them the causes of the actions; and their humanity is so great they answer me. For four long and happy hours I lose myself in them. I forget all my troubles; I am not afraid of poverty or death. I transform myself entirely in their likeness.

He’s one in spirit with the American teenager holing up in his room to watch anime. The difference, of course, is that the average American otaku does not go on to write The Prince.

But maybe that’s because we’re so uptight about plagiarism now. Suppose a modern Raphael popped up and started trying to sell copies of medieval artworks, or Japanese ukiyo-e prints  (“now with MOAR! big-buttocked naked ladies!”). She’d be ridiculed if not prosecuted. Even if her version 2.0 artworks were really good.

So our recognition of the Renaissance masters as weeaboos of their time should not necessarily detract from our appreciation of their achievements. In fact, perhaps we oughtn’t be so hard on writers of doujinshi and fan fiction, either. Like the artists of the later Renaissance, some of them grow out of copying and go on to do great things! Always and everywhere we should ask ourselves: “But is it any good?”

Back to that Raphael exhibition. Here I am standing in front of the famous Virgin and Child, adopting in fact an almost identical pose to Mary, except that my baby is wriggling like mad. I want to love this painting. But I have to ask myself: “Is it any good?”

Question everything. Seek excellence everywhere. And don’t be a weeaboo.