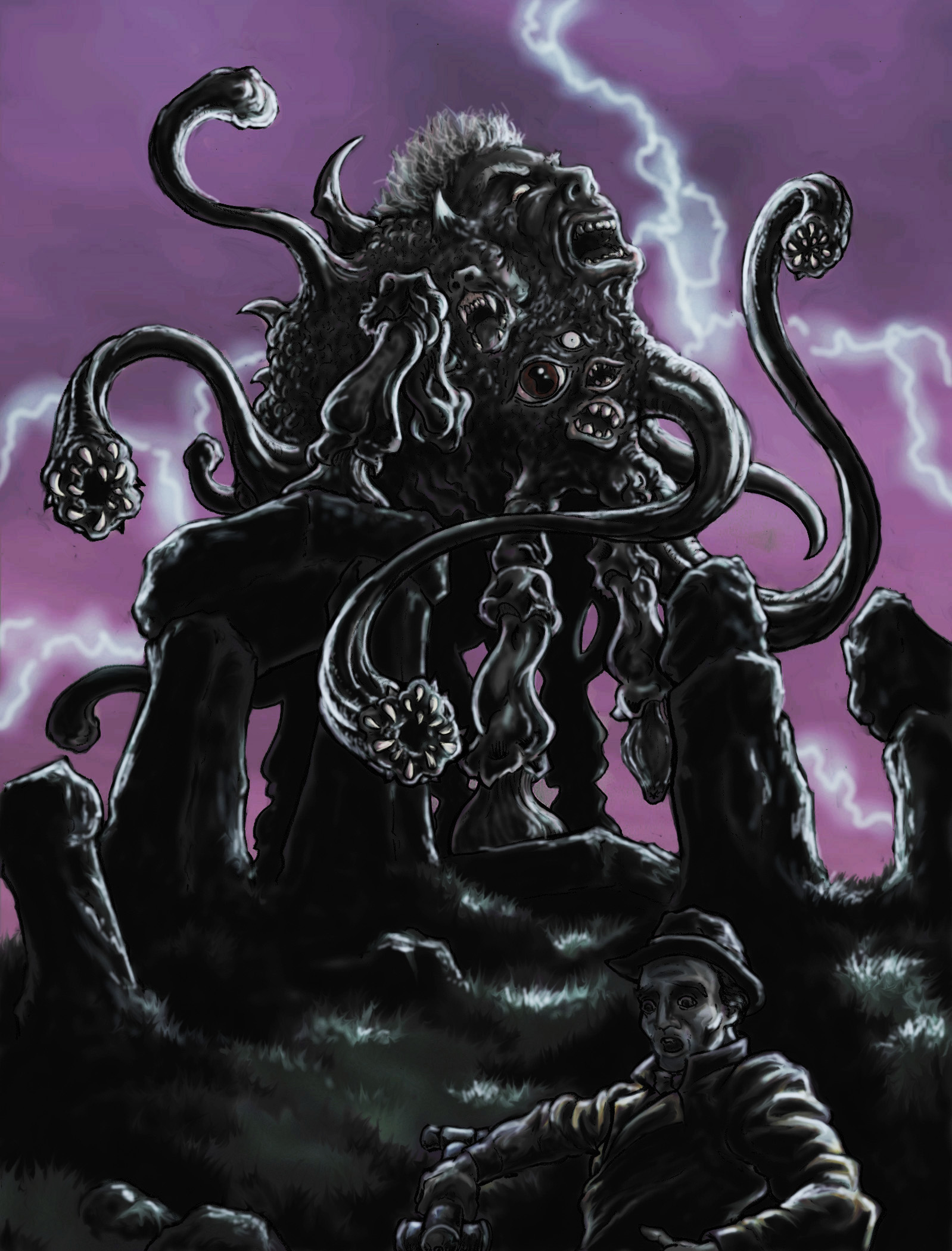 I am still slogging my way through the complete works of HP Lovecraft. My Kindle tells me I am 28% done, of course that doesn’t count all of the stories I already have read, but just haven’t reached yet in the collection. Nevertheless, I decided to take a break from my book pile and review one of Lovecraft’s classic monster tales: “The Dunwich Horror“.

The story is set in backwoods New England in and around the fictional town of Dunwich. Lovecraft’s description of the uneducated and “decadent” inhabitants made me envision your stereotypical “hillbilly” who usually crops up in stories of the deep south and not New England, but it likely reflects exactly what Howard thought about the country folk in his slice of America.

The story focuses on one family of Dunwich in particular, the Whateleys, made up of an elderly man and his albino daughter. They are the worst of the worst in Dunwich, considered mad and suspected practitioners of dark rituals. When they welcome a new child into their home, from an unknown father, who doesn’t look quite human and ages remarkably fast, it sets off a chain of events in Dunwich which culminates in an unseen monster rampaging along the countryside. Only a brave band of learned gentlemen from Arkham University can stop the monster before it can unleash the true horror on the world.

“The Dunwich Horror” is unique among Lovecraftian tales in that it actually has a relatively happy ending. In fact the plot is not that different from the plot of many “sci fi” movies of the 1950s. Monster(s) is unleashed, scaring and killing local yokels, until a brave scientist/doctor/professor saves the day. While this fact may discourage modern readers from this story, I personally see it as precursor to that classic age of SF which still make me giggle when I watch old episodes of Mystery Science Theater 3000. Back then you did not have to be ripped to play a hero. I guy could have a beer gut and still be able to spend half the film with his shift off!

By the way, I’m not going to apologize for any spoilers. This short story is over 80 years old and in the public domain. If you haven’t read it yet before reading a review of it on the Internet, that is your own fault.

Although one of the core stories of the Cthulhu Mythos, I have to say it wasn’t one of my favorite Lovecraft works. Part of it was the cheery ending and awful dialogue (apparently I never noticed everyone talks in long, rambling monologues), but another issue I had was how it reflected the prejudices Lovecraft held, which makes it difficult for fans to defend his work in modern society. Nevertheless, the fact that the monster remains unseen throughout most of the story makes it that much more terrifying, sort of like how we rarely saw the shark in Jaws. I would certainly recommend this story if you are a big fan of Lovecraft, but there are many other tales out there I would start with first if you have yet to sample Lovecraftian weird fiction.