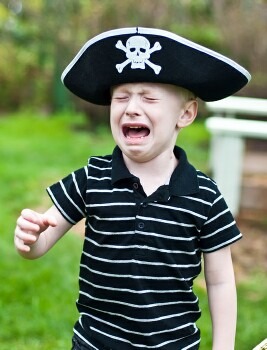 I recently had my most-recent non-fiction book pop up on an illegal file sharing site.  Within a week, it had gotten 500 downloads. Needless to say, I was p*ssed off.

The site (which I won’t mention here) is openly scoff-law because they’re hosted in China. On the site, they’re “if you ask really nicely, maybe we’ll take it down but we don’t have to.”  In other words, they’re typical “information wants to be free” jackasses who are making ad dollars by stealing content.

I was able to force them to take down the link by using a personal contact in China to have a Chinese lawyer send them a cease and desist letter in Chinese. I also got an abject apology from the guys who run the site, which the lawyer thought was appropriate.

However, I can already see that keeping ebooks from being downloaded for free is going to be like playing whack-a-mole.

In any case, it’s clear to me that online piracy of ebooks is destined to grow geometrically as the ebook segment continues to outpace the growth of hard copy publishing.  The increased penetration of PDF-capable readers are only going to make this problem worse, of course.

IMHO, ebook publishing can either follow the path of the music business or the computer gaming business.

As is well-documented, the music business remained in denial, followed by sharp decreases in revenue and profit, the net effect of which was to clobber the mid-range.  The big artists still do well on mp3 sales but the smaller artists limp along, making far less than a decade ago.  And the situation is getting worse with sites like Spotify (which pays artists next to nothing) and the advent of sites that sell “used” licenses for legally-purchased mp3 files.

The computer gaming business, however, has not be impact nearly as much, because they’ve moved to different business models, such as requiring gamers to always access at least some web-based content (Blizzard’s Diablo 3, for instance, will not run even single player with a web connection) and (here’s the important part) through micro-payments for additional content.

Which brings me to the point of this post.

What if ebooks were packaged not as files but as displayable content managed by an app with micropayments for the right to view the content?  The reader NEVER gets an actual (i.e. piratable) file because the content is simply downloaded whenever as the reader attempts to access it.  The content would remain stored on servers belonging to the author (or the publisher.).

The usage scenario would look like this: the reader downloads a free app.  The app has access to the first chapters/sections of many different books.  When a reader “gets into” a book, subsequent chapters are available through micropayments.  The app never downloads a file, but just keeps track of what areas of the server (i.e. chapters) to which the reader has access.

Because the actual amount of data that’s being downloaded at any point is so small, this would work even through a slow cell phone connection.  In addition, the author could (this is a bit weird) actually make changes and improvements on the fly, add background material and alternate endings based on reader suggestions/comments, and update the “ads” at the end for subsequently written books.

A similar model is already being used for travel guides where the content changes frequently, but this is more like the microcontent that’s now a big part of the computer game business.

Anyway, I’m interested what the bloggers and readers on this site think of the idea.  I’ve mentally pounded on the idea for the past few weeks and I think it’s pretty solid.

Let me know what you think.