Your weekly round up of alien romance 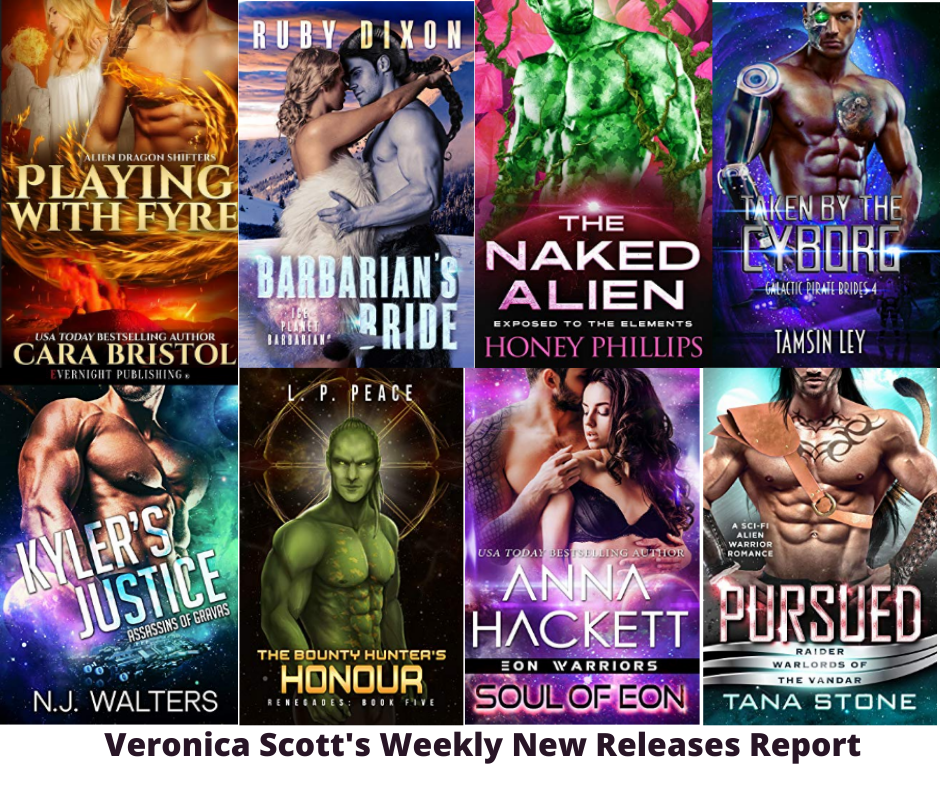 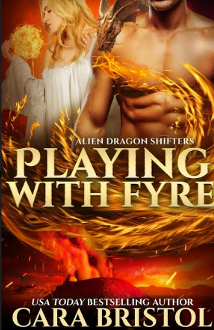 A forbidden love forged by fyre…Former Secret Service agent Henry Winslow comes to planet Draco to help a friend. He intends to return to Earth, but something about the mysterious woman in bridal white grabs him and won’t let him go. It’s a crazy, futile infatuation. She’s an alien dragoness, a priestess, and possibly literally divine. To pursue her would be playing with fyre…After a devastating loss, dragon-shifter O’ne seeks vengeance at the temple of the Eternal Fyre. Unexpectedly, she is exalted to priestess and bonded to the sacred flame, transforming her life to one of duty and devotion. Then Henry arrives, and the mostly human man awakens her secret yearnings. To have anything to do with him would be playing with fyre…Surrendering to temptation and passion, Henry and O’ne are about to discover when they play with fyre they might get burned. 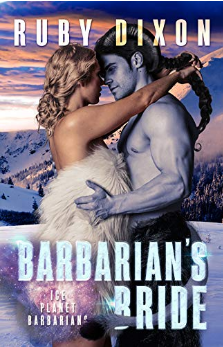 Nora says she’s happy. Dagesh isn’t so sure. He loves his pretty human mate and wants nothing more than to bring a smile to her face…so she’ll go running into his arms. When he asks the tribe what she’s missing, someone suggests a wedding. All right, then. He’ll throw the best barbarian wedding ever. So how does Nora tell her determined, thoughtful mate that what she wanted wasn’t a wedding…but something a little different in bed? 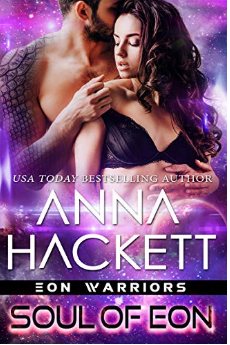 Commander Kaira Chand of the Australian Air Force knows the meaning of loss. She lost both her beloved husband and her father over recent years, and she vows never to let a man close again. As head of security for a secret weapons facility in the Australian desert, she’s fighting to protect the scientists working to defend Earth from invasion. That includes working with their allies, the Eon Warriors. What she never expected in her wildest dreams was to find herself instantly mated to a handsome, silver fox alien warrior. Medical Commander Thane Kann-Eon lives to heal. He’s dedicated to keeping his crew aboard the warship, the Rengard, whole and healthy. Unlike his fellow warriors, he knows he’ll never mate. There hasn’t been a mating in his family for generations. Then a petite Terran commander changes everything. He’s instantly drawn to Kaira, and as soon as their hands touch, he’s stunned by the deluge of emotion that crashes over him. An unheard-of instant mating. In the midst of their shocking connection, Kaira and Thane find themselves abducted by a Kantos strike team. Taken aboard a battlecruiser, they soon realize the insectoid aliens nabbed the wrong couple, and they are marked for execution. Now they face a wild race for survival that will take them to a distant, deadly world. They’ll both struggle with their raw, intense mating bond, against the backdrop of a Kantos proving ground where everything is out to kill them.

A new short novel from Nebula Award nominee John E Stith, with illustrations by Nikolett Timar. All life on Earth will die of thirst unless a couple of loners on the run can use a strange time machine to stop a secret project. Meg is an angry scientist’s daughter. Her father is not a mad scientist, […]