Just when you’re all settled into the routine of one anime season, it’s time for another! Here’s what the sf world will get to see from the anime world in July. 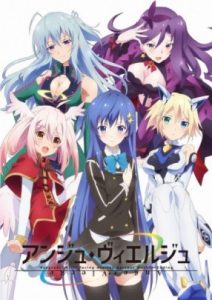 The premise: A bunch of teenage girls who have suddenly developed superpowers are sent to an academy on an isolated Pacific island.

The buzz: Everything about it screams “creatively bankrupt marketing ploy”. The good news is it can only outperform expectations. 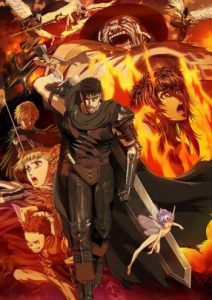 The premise: A swordsman hunts down demons in an extremely dark and gory medieval fantasy world.

The buzz: One of the most popular manga ever, and the last time any of it was adapted was in 1997. The enthusiasm to see more of it animated is matched only by the screams of outrage from fans who despise CGI. Content warning, though: it contains Game of Thrones levels of rape and considerably more gore. 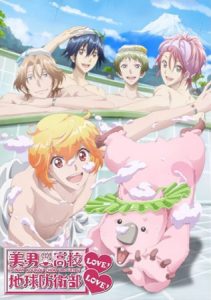 The premise: Magical boys face new challenges when a mysterious pair of twins transfer into their school.

The buzz: The first series was well-loved by fans of all stripes, and few doubt that there is any reason this won’t continue to be a great deal of fun. 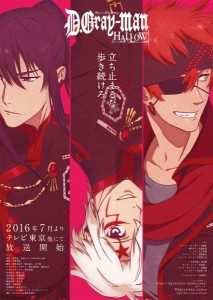 The buzz: This is another popular, long-running manga whose fans have been waiting years for another section to be adapted. Less excitement in this case, though, because it will only run three months, barely enough to scratch the surface of the unadapted material. 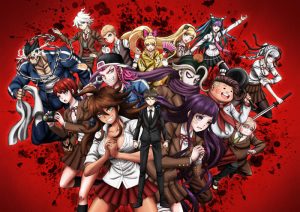 The premise: Prequels to the two Danganronpa murder-mystery games, showing the lives of the characters before those stories happened.

The buzz: The adaptation of the first game was liked by some, but two series at once? Was that really necessary? Especially as the second game was never actually adapted? 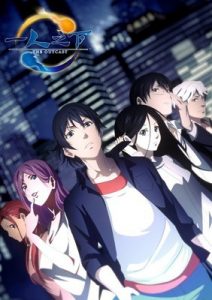 The premise: A college student is attacked by zombies and saved by a mysterious girl with a sword, leading to more supernatural encounters.

The buzz: There’s as much interest in the fact that this is a Japanese-Chinese co-production as in the story itself. 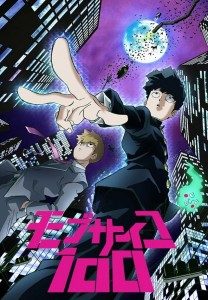 The premise: A boy with psychic powers tries to hide them and live a normal life, but his powers burst out if he becomes highly emotional.

The buzz: Automatic interest because this is from the same manga author as One-Punch Man, but people who have read the manga caution that the tone is more slice-of-life in this one. 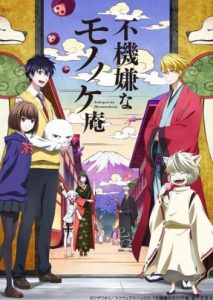 The premise: The owner of a small tea room helps yōkai (folkloric spirits) move on from this world, starting with one that has attached itself to a high-school boy.

The buzz: The source material is very monster-of-the-week, and the production doesn’t look promising, so don’t necessarily expect too much. 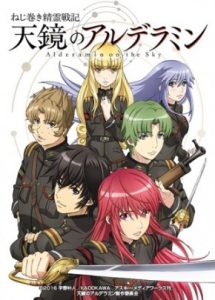 Nejimaki Seirei Senki: Tenkyō no Alderamin (Annals of the Clockwork Soul: The Sky Mirror of Alderamin)

The premise: A lazy, unmotivated teenage boy with an eye for the ladies is forced to take a military exam and somehow turns out to be a brilliant tactical genius and model soldier.

The buzz: Get out your Light Novel Bingo cards, everyone! 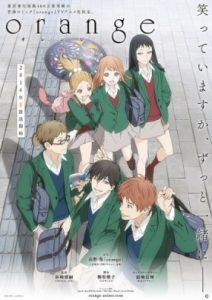 The premise: A teenaged girl receives a letter from her future self describing the events of the day it arrives, and warning her to watch out for the new transfer student.

The buzz: Another high-profile manga adaptation, but a slower-paced teen romance/mystery to balance out the monster-killing shows. This should be one of the hits of the season. 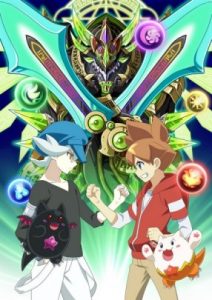 The premise: Some kind of story set in the world of the game where players can help friendly monsters fight evil ones.

The buzz: Not much. The game is basically weaponized Bejeweled, so it has no existing story to get excited about. 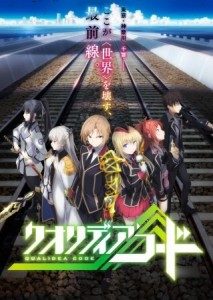 The premise: In a dystopian future, teenagers with psychic powers are the last line of defense against an alien menace.

The buzz: This is giving Nejimaki Seirei Senki a run for its money as the most generic-sounding show of the season. On the other hand, it has a lot of heavy hitters involved in it, so maybe they can make something entertaining out of it. 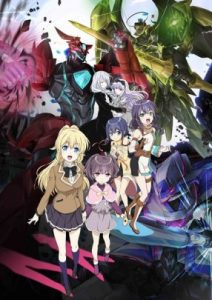 The premise: Two sisters are caught up in a mecha attack, and this all has something to do with a mysterious incident 12 years before.

The buzz: Hard to say since it’s from an unproven studio and director, but an all-female cast for a mecha show could be an interesting spin on things. 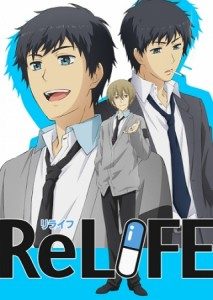 The premise: An unemployed 27-year-old man is given a chance to test a drug that will allow him to live as a 17-year-old for a year.

The buzz: Not the most promising-sounding scenario, but people familiar with the manga report that it produces decent character drama. 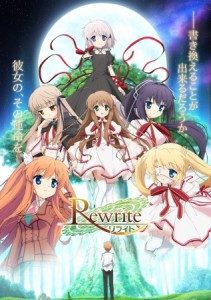 The premise: A boy with superpowers and five girls investigate supernatural mysteries in a city overgrown with trees and flowers.

The buzz: This one does sound interesting, but fans of the source material think it’s unadaptable to a linear format. 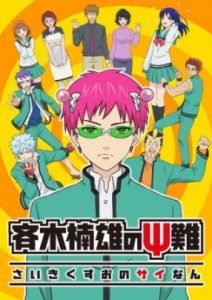 The premise: A comedy about a teenage boy with powerful ESP who just wants to live a normal life, but learns that this is a dangerous attitude to have.

The buzz: Could be decent if you like low-budget absurdist humor. 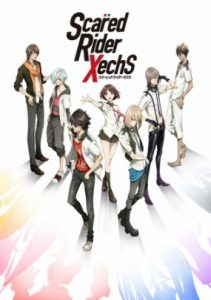 The premise: A 17-year-old researcher is assigned to keep the sixth iteration of an elite combat unit in fighting shape while the alien invasion they were supposed to fight has a mysterious hiatus.

The buzz: Who the hell came up with “Scared Rider”? Otome game adaptations are not generally well-received, but it sounds wacky enough to have a chance at being entertaining. 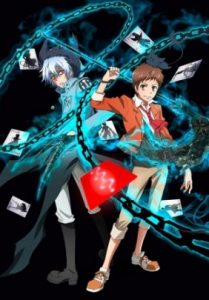 The premise: A chance encounter with a “servant vampire” in the form of a black cat drags a teenage boy into a conflict between humans and a group of vampires themed after the seven deadly sins.

The buzz: Looks like an unimaginative but reasonably solid action story with comedy aspects. 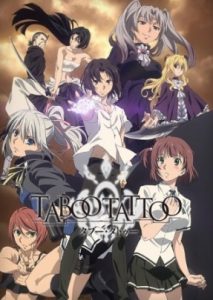 The premise: A middle school student helps out an old man, gets a magic tattoo, and helps an American secret agent fight badguys.

The buzz: Yet another action manga adaptation, except that the source material is reportedly terrible and the production values appear to match. 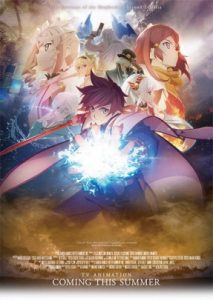 Tales of Zestiria the X

The premise: A boy raised by magical beings picks up a magic sword and goes on a quest.

The buzz: The Tales franchise has produced some fine video games, but it is generally agreed that Tales of Zestiria was not one of them.

And a few returning series of note:

Since we’re safely past Hugo nominating season now, it’s safe for me to say that I thought Cute High Earth Defense Club LOVE! was the best show I watched last year. Yet I’m of two minds about getting another season. On the one hand, I did love the first one, but on the other, it felt like it had said everything it wanted to say by the finale.

Of the brand-new series, I’m most looking forward to Orange, and, despite the unenthusiastic buzz, Saiki Kusuo no Psi Nan, The Morose Mononokean, and Rewrite all seem to me like they have real potential. What are you looking forward to?