Home Art Ken Kelly: An Artist I Can Trust

When I was a geeky teenager there was no internet.

Okay, stop rolling your eyes. Uncle Mikey’s gonna tell you something and he doesn’t need that kind of attitude from you young whipper snappers. Where was I?

Oh, yes. When I was a geeky teenager, we didn’t have the internet. We didn’t have a network of fellow fantasy and science fiction enthusiasts to tell us which books were good reads, which ones to avoid, and which ones you should avoid showing to your parents. We were on our own.

But there were certain clues. Book covers, for instance. We got to know the artists who painted the images on the book covers. 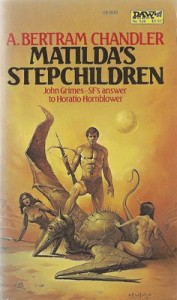 There was Frank Frazetta, of course, and if his work was featured on the cover of a paperback at the local drugstore, you could bet that the book would be good. Not always, because publishers used his artwork to try to move copies of crappy books and Frank was only too willing to go along with that.

But there were others. These were artists whose work we could trust. If we saw a certain artists’ work on a cover, then we would know that the book was good and we could be pretty well assured that the image on the cover would at some point happen in the narrative.

Ken Kelly was one such artist. I knew that if a fantasy novel featured artwork by Ken Kelly, if it featured his muscled barbarians and beautiful heroines, then I was in for a good time with that book. I couldn’t always trust the publishers, but I could always trust Ken Kelly.

Kelly got a bad rep as a Frazetta copyist. I lost count of how many times I had to defend Kelly’s work from some feeble minded know-it-all who insisted that Kelly was a Frazetta wannabe. 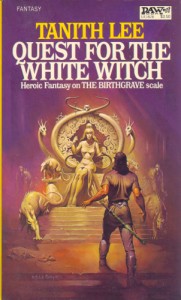 True, Kelly was influenced by Frank Frazetta, but there’s a reason for that.

Kelly was born in 1946 in New London, Connecticut. He was drawing at age two on any paper or walls he could touch his pencil to. He was encouraged by teachers from an early age to develop his talent. After a stint in the marines he came home and settled in New York. This was in 1968. There in New York he visited the studio of Frank Frazetta and showed him some of his drawings. Why? Well, because he kind of knew him.

You see, Ken Kelly is the nephew of Frank Frazetta’s wife “Ellie”. Early in his career he was able to study the paintings of Frank Frazetta in Frank’s studio. Frank gave him advice and helped him get some of his first assignments at Warren Magazines, doing covers for Eerie and Creepy.

But Kelly’s work speaks for itself. He paints the same subject matter as Frazetta, but his style is his own, and his work is what I have learned to trust. If his painting is on it, it’s probably good.

Convenient, then that I am a fan of the work of Robert E. Howard, whose books Kelly has made a multitude of covers for, and also, in my impressionable youth, the rock band KISS. Kelly painted two album covers for the costumed heavy metal musicians.

Question my taste all you want. Like I said, I was a teen. And we didn’t have the internet.

So, at this point I’m just going to leave you with some of the fantastic art of Ken Kelly, let you peruse it while I go off and re-read The People of the Black Circle and maybe put on one of my old KISS albums.

See you next week. 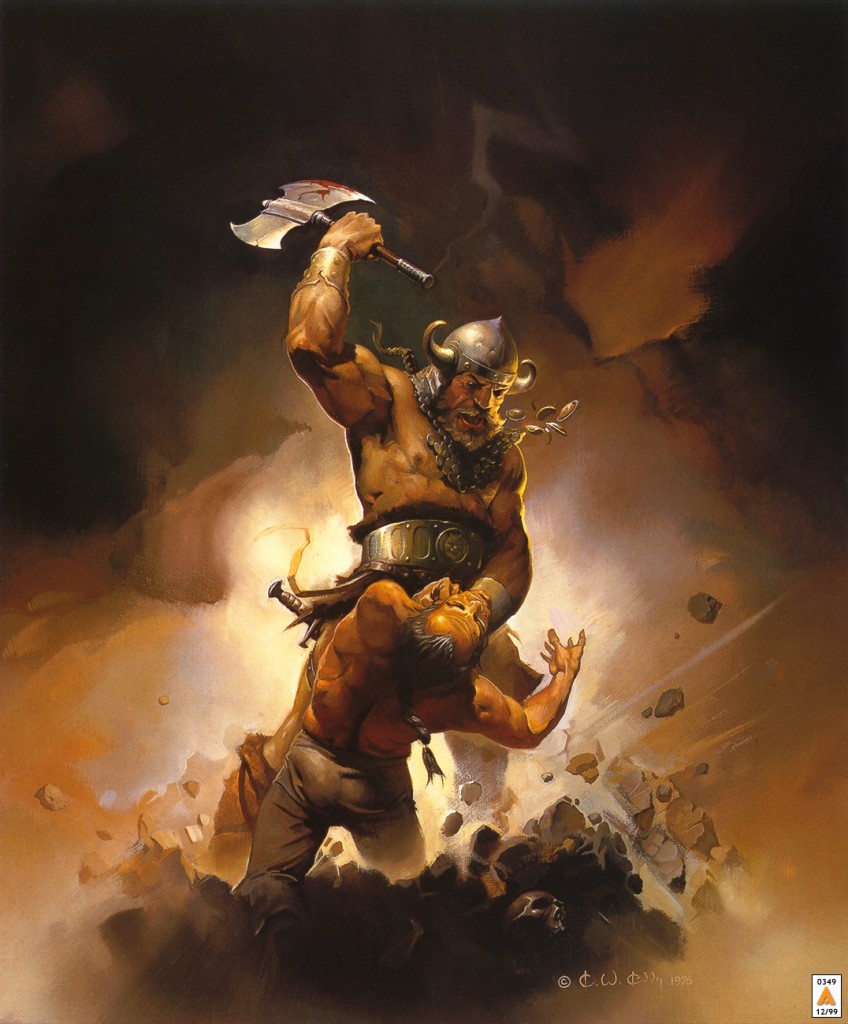 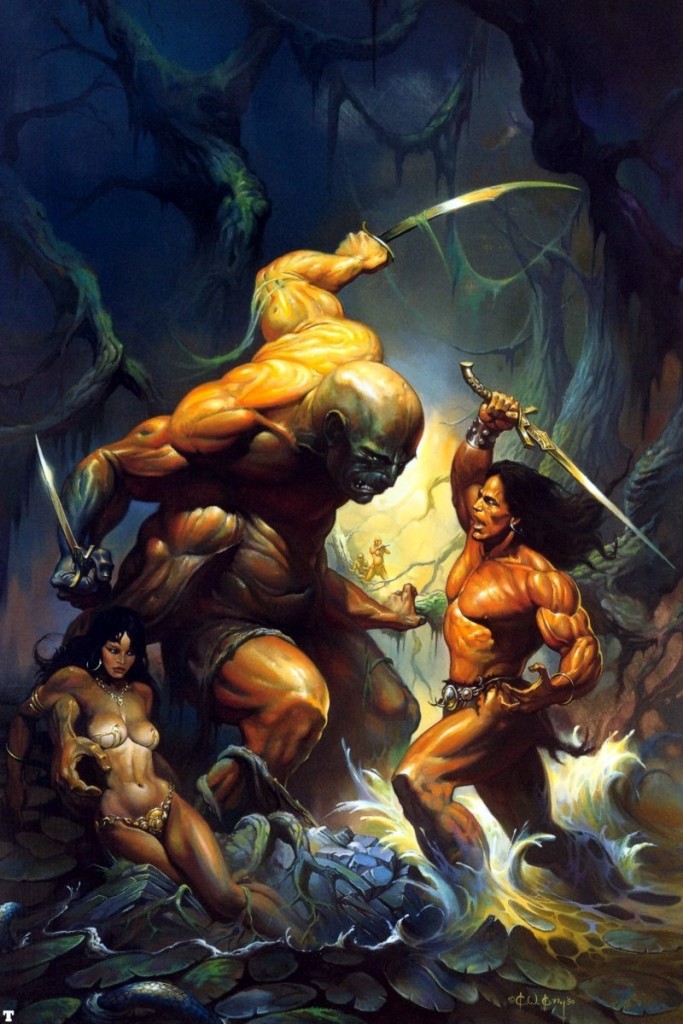 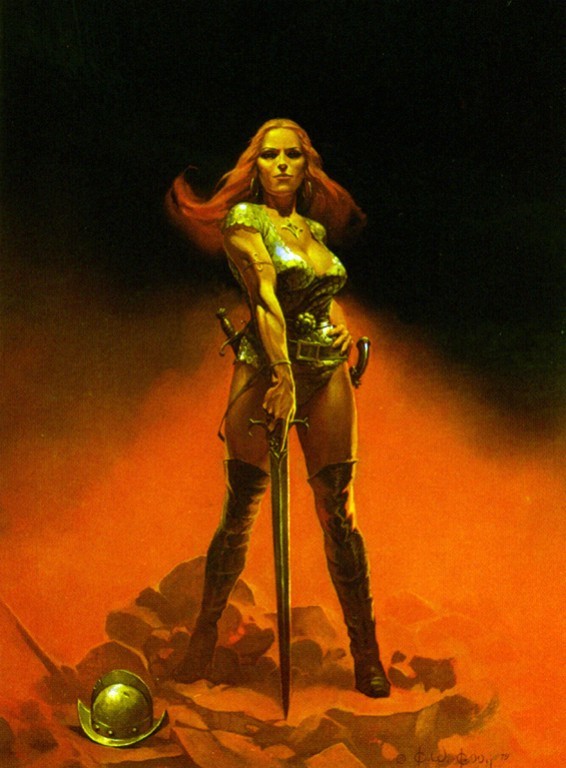 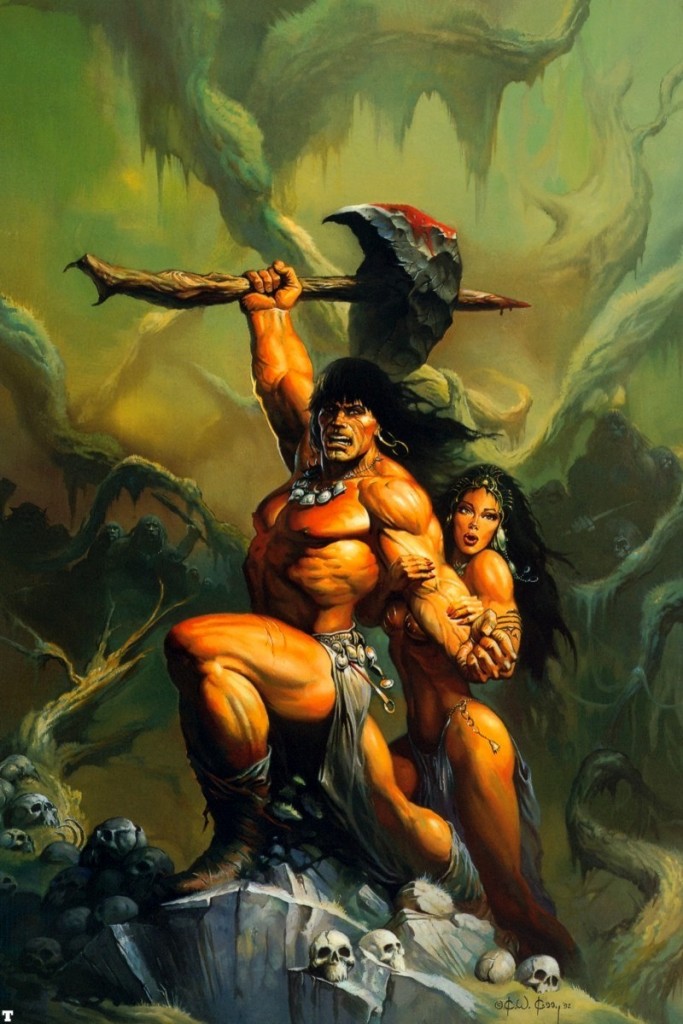 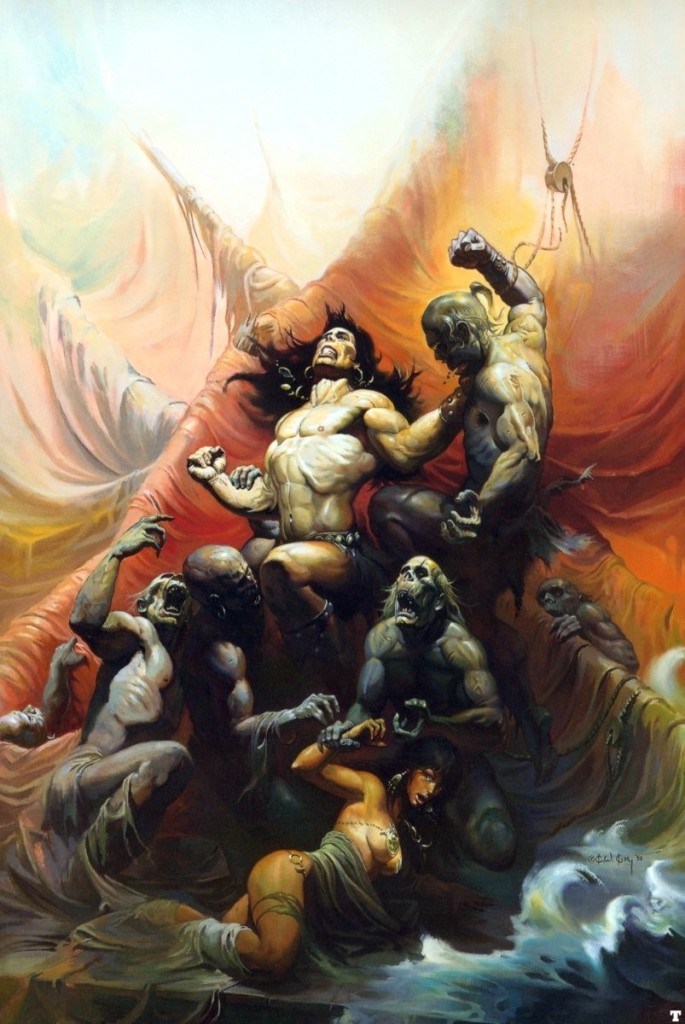 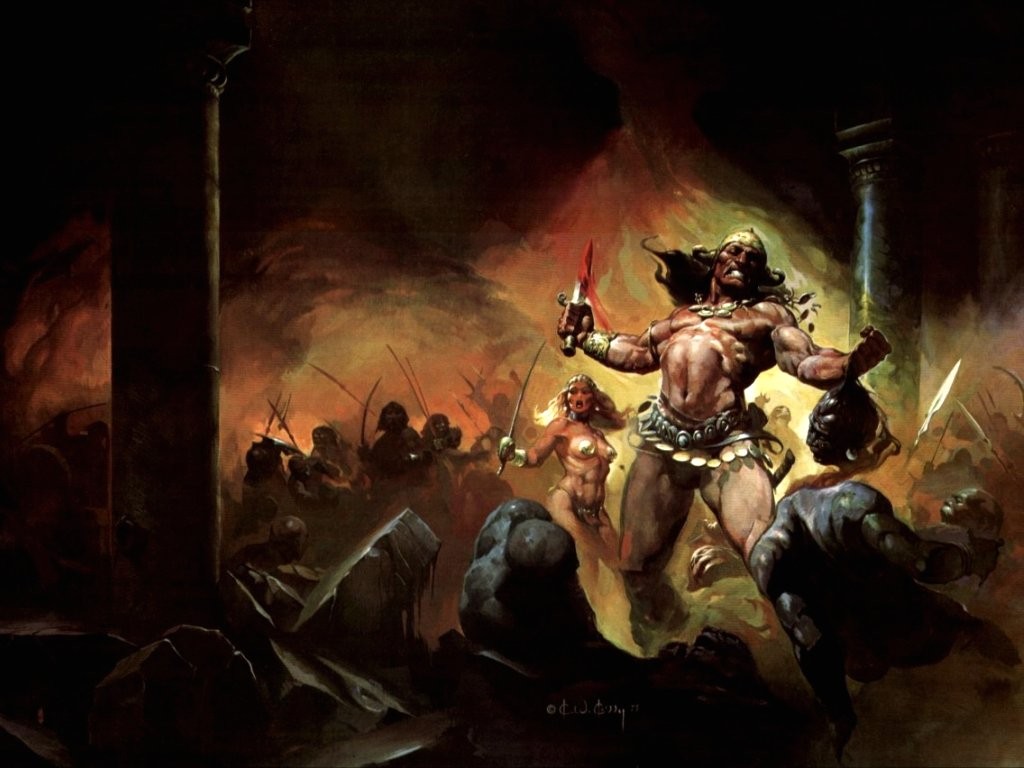 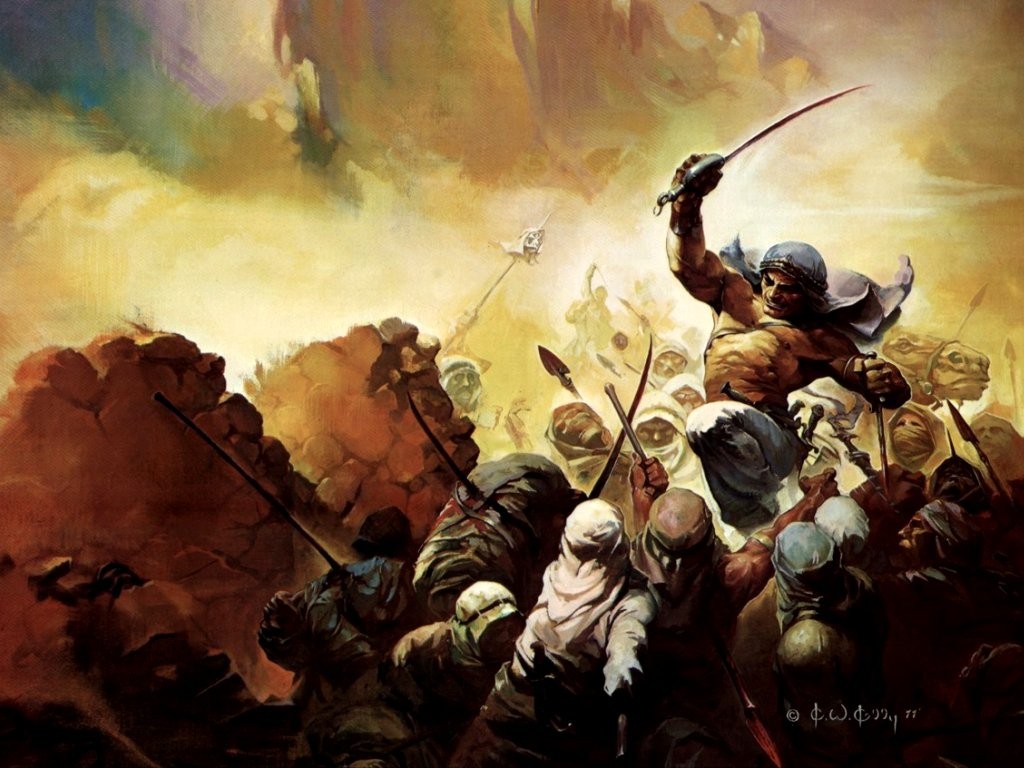 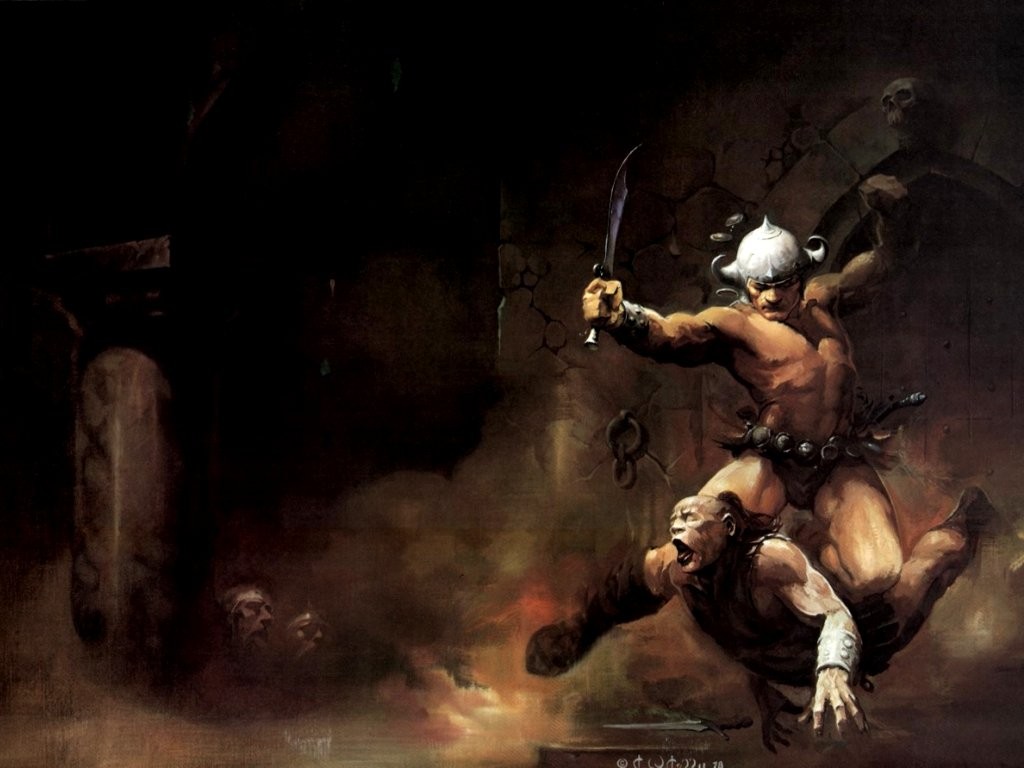 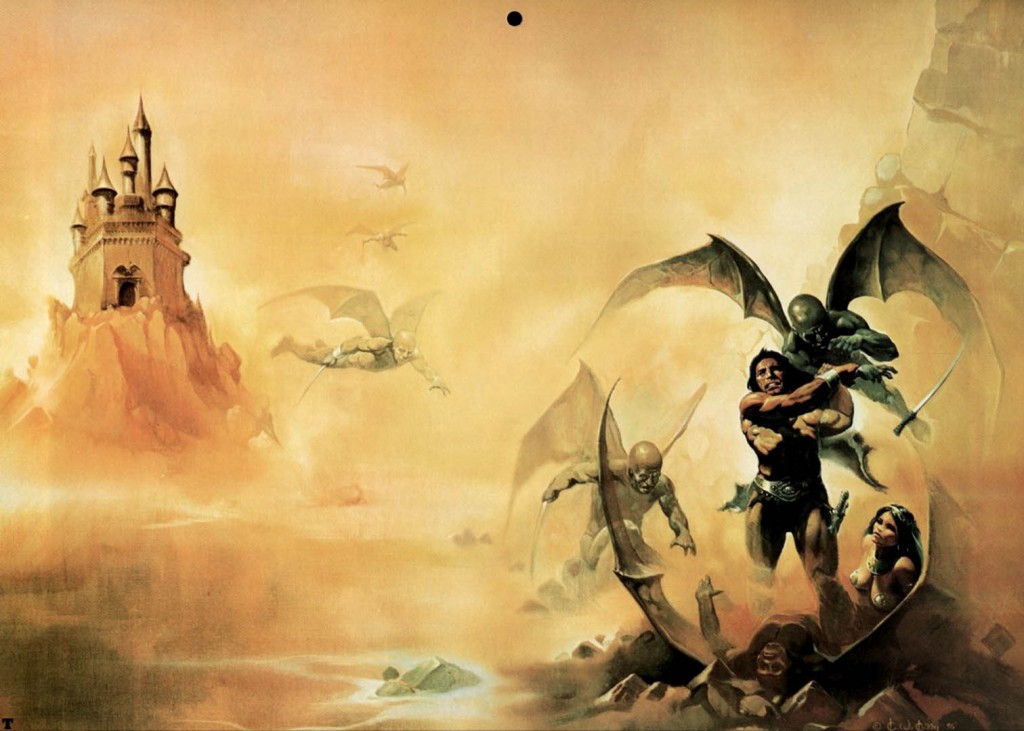 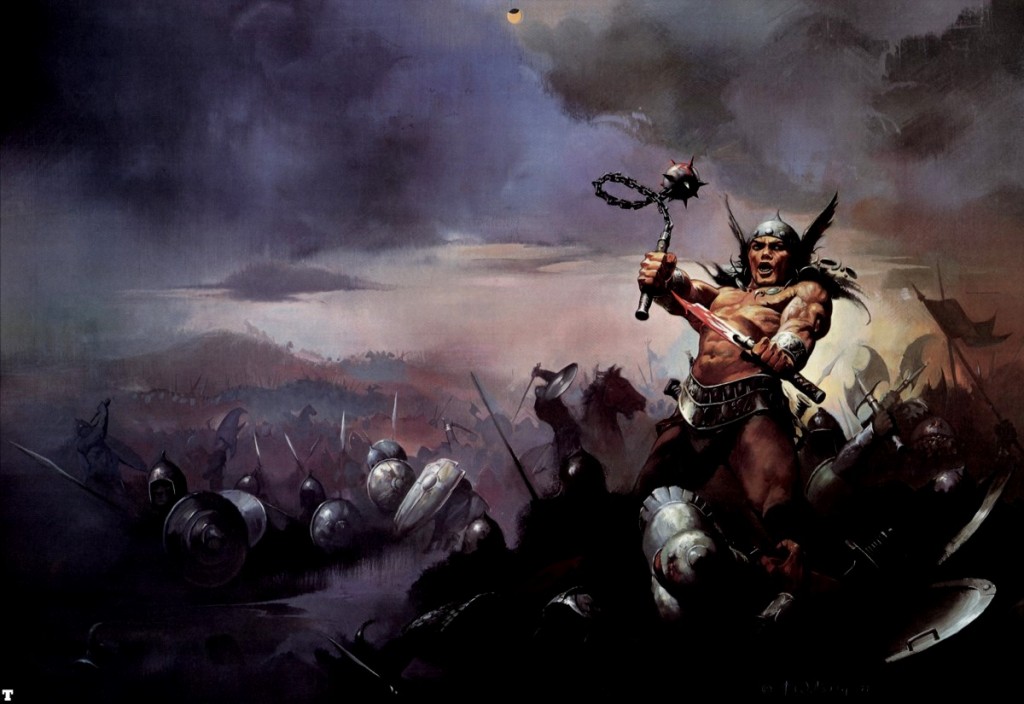 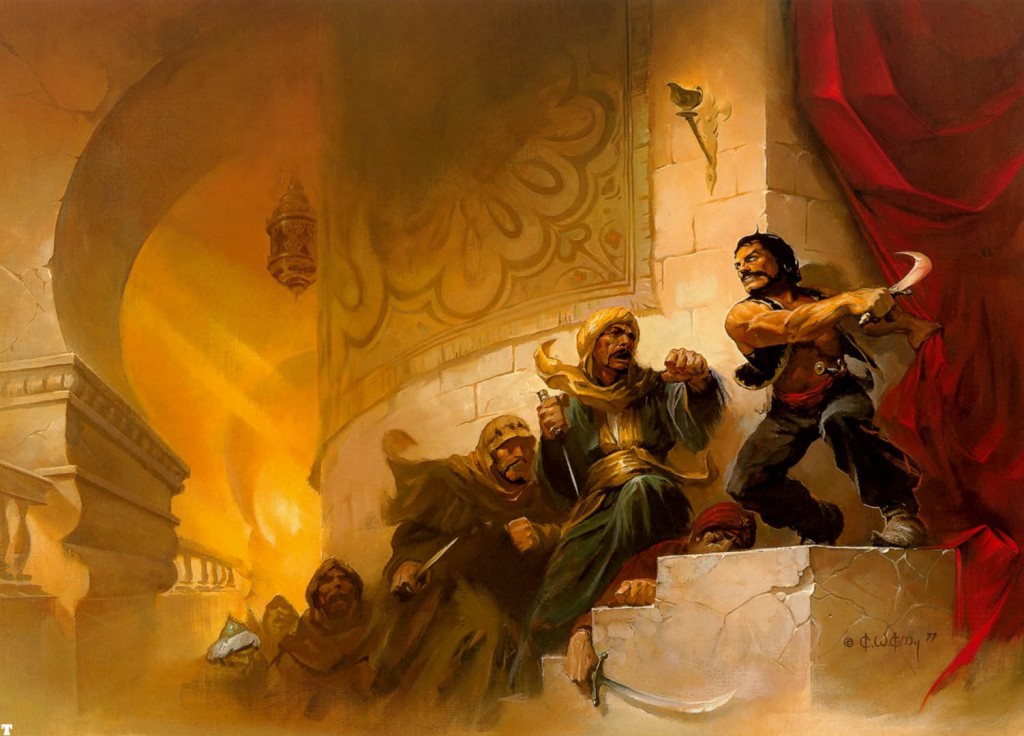 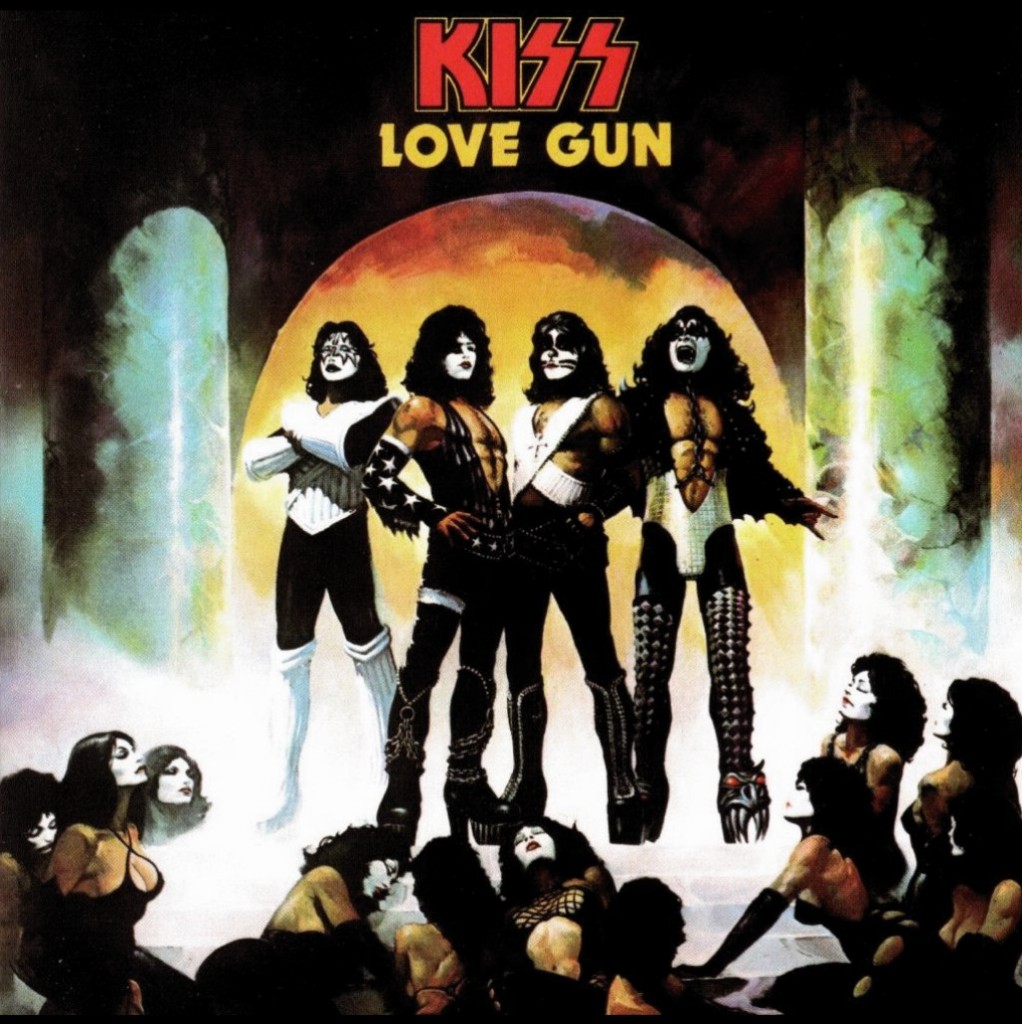 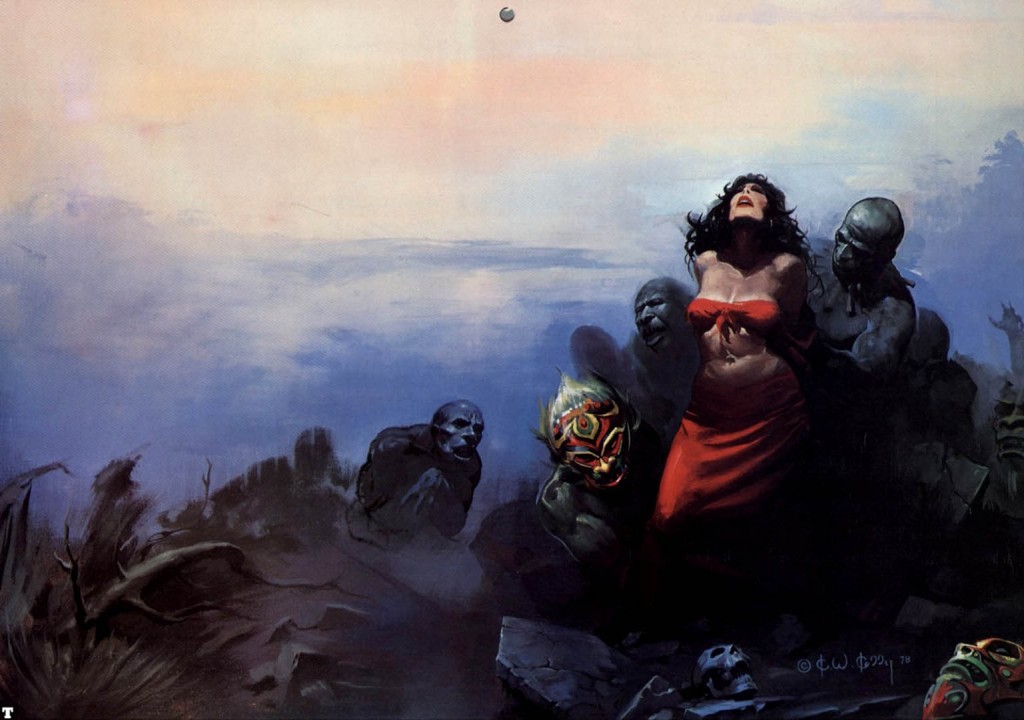 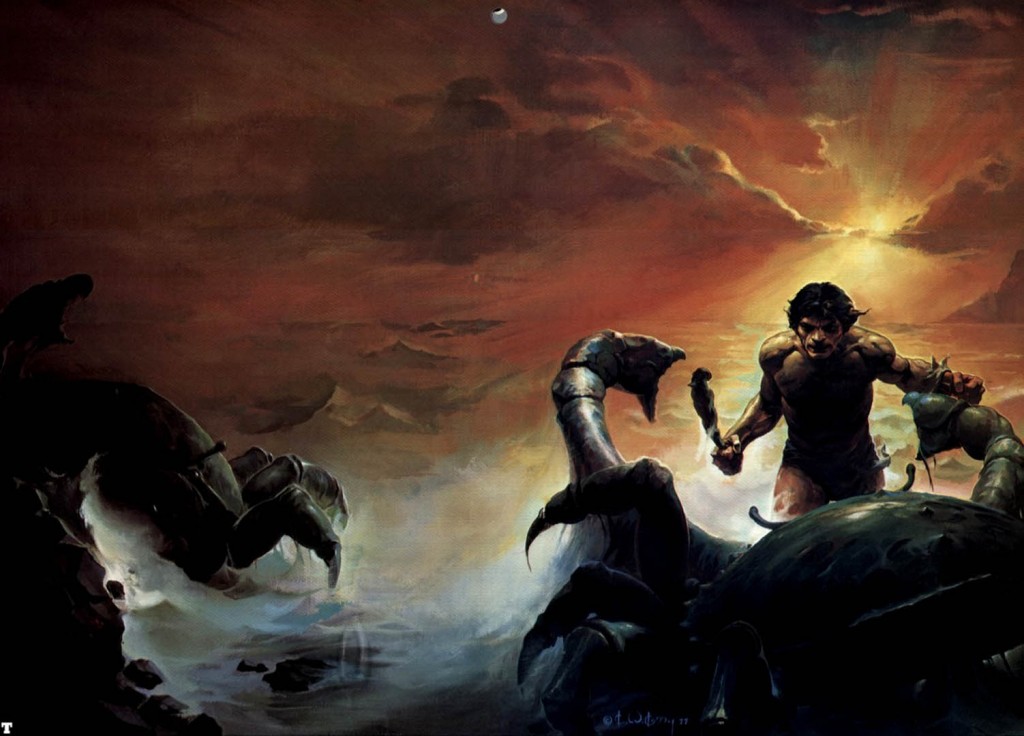 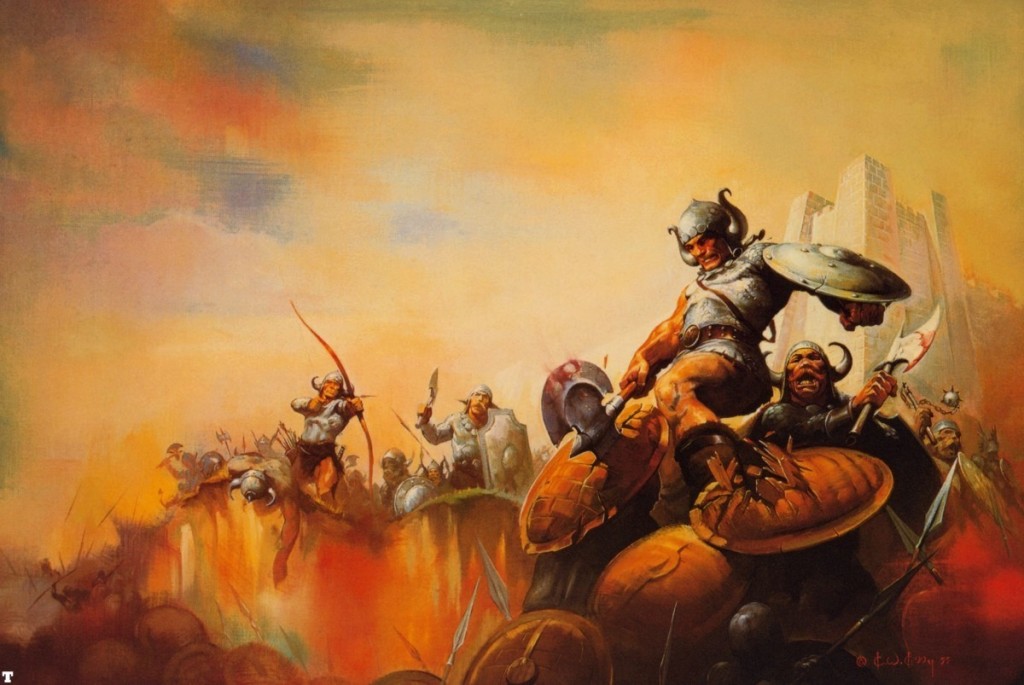