Created by Mort Weisinger (Superman) and initially authored by Edmond Hamilton, the character would feature in an eponymous pulp magazine from 1940 through 1951, would re-appear in a series of paperbacks, become the title of a Japanese animation series and is the subject of a current film project.

Award winning author Allen Steele won a Hugo Award for his treatment in The Death of Captain Future and has since gone on to author updated Captain Future tales – Avengers of the Moon (TOR), Captain Future in Love and the pending The Guns of Pluto, the latter two available as Amazing Selects novelettes, in both print and electronic editions. 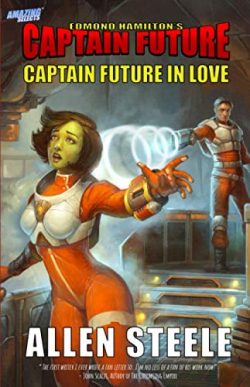