EDITOR’S NOTE: Some images may not be suitable for all audiences.) 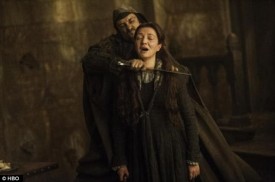 I’m a storyteller. I teach storytelling at university and colleges in Toronto, Canada. Let me tell you one. It’s steeped in deception, betrayal, excruciating intrigue and a remorseless tease. It’s told in two parts:

Part 1 (Deception and Betrayal) starts with my students. After hearing so much from them as well as colleagues about HBO’s The Game of Thrones, based on George R.R. Martin’s so-called fantasy adventure series (A Song of Ice and Fire), I 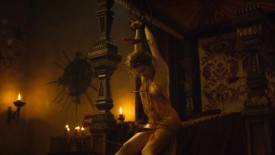 felt compelled to watch the show—if only for a chance to use its popularity in my examples in class. I say ‘so-called fantasy’ because this is how the series was described by its viewers and more importantly by HBO. The show was already well into Season Three, when I obtained the first season and watched from the beginning. I was not deterred by some lurking horror elements as the story unfolded. This was because I became 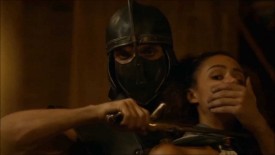 swiftly engrossed in the story’s setting and complex characters (all superbly played by an accomplished cast). The world-building was the best I’d seen in television and surpassed many movies. The attention to the minutiae, providing authenticity to a world, rivaled the meticulous hand of Ridley Scott. I was very impressed.

By Season Two, I began to feel uncomfortable with 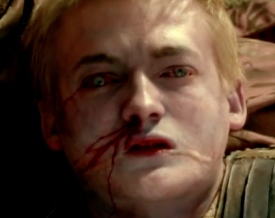 the vividness and frequency of the senseless gore and the lack of agency in the women. By Season Three, following the Red Wedding, I felt betrayed by the storytellers of this so-called fantasy. By Season Four-end, after the graphically offensive head-crushing scene, I gave up on the series. I am not alone in my abandonment of the series.
I recently shared my concerns (and feelings of betrayal) with a European colleague of mine who reads, watches and writes horror. He kindly enlightened me that Game of Thrones is in fact best classified as horror. 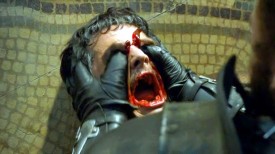 In that instant, the proverbial penny dropped for me and I gasped in final understanding. It would seem that I have been hoodwinked into following what lies squarely in the genre of horror. Not fantasy. Not even dark fantasy. Yes, set in a fantasy world, but dominated by horror. Like the books (which I hadn’t read). So, those, like me, who have been lamenting on the Internet about the increase in the senseless gore, mutilations,

dismemberments, flailing, crucifixions, castrations, beheadings and random axes in heads—not to mention the ceremonious displaying of these various parts—have also been hoodwinked by a false promise.

If I’d known that this series was styled as horror, I would not take exception to the storytellers senselessly throwing all their heroes (aka victims) 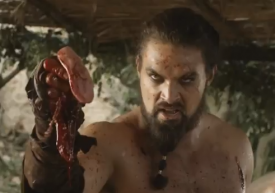 into the “pit of despair”; something expected of this senseless genre. I use the term “senseless” quite deliberately because that is what the horror genre commands of its viewers and readers: that you dumb-down your senses and your sensibilities to either wallow alongside or watch like a sociopathic voyeur, as your various protagonists make it—or don’t make it—out of the pit. It doesn’t matter. That’s the whole point of horror; anyone can be a victim of the most excruciatingly gruesome act. In fact, the nicer, the better. 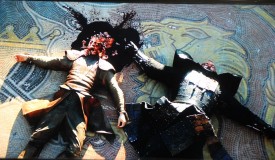 And so on. It’s all about shock value. Get your viewers screaming, clutching their mouths and whispering, who’s next…

You may have surmised that I am not a fan of the horror genre. If I’d known that Game of Thrones styled itself in the horror genre, I wouldn’t have bothered to watch. But I did watch.

I have my own theories as to why HBO hasn’t 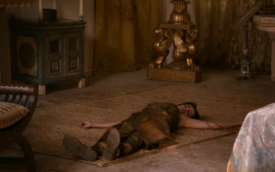 advertised Game of Thrones as horror; many viewers, like me, would not have entered the “pit” in the first place. With Season Five of Game of Thrones poised to simulcast to 170 countries on April 12, news feeds are madly scrambling to report teasers to whet the frothing madness of fans still trapped in the pit in the grips of the Game frenzy. But I escaped; and I intend to be far away from any TV set that day.

Part 2 lies in Story Promise. Good fiction—as opposed to reality—tells a purposeful story. A story with fictional characters, who play a purposeful role. All good stories make a promise in the beginning. They create a covenant with their audience to participate in a fulfilling journey. This doesn’t have to mean a happy ending, but it does include meaning and fulfillment—even if only for 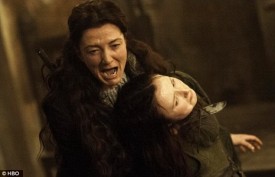 its audience. And that must involve victory of sorts—and hope—whether it is through redemption, acceptance, enlightenment, or some change that gives us “more”—not less; something that allows us to prevail and think and learn, even.

What began with such incredible potential for a great story in Season One, has disappointed at a deep thematic level—horror story or no. And it is horror fan, Tom Gualtieri of Salon, who best describes why: “To say ‘no one is safe’ is trivial: 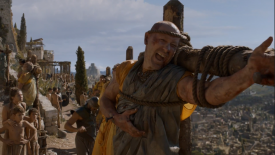 the greater danger is that good might not triumph over evil.” The Red Wedding scene, in which several beloved characters were brutally slaughtered set into play a new set of rules for audience engagement: that of total distrust. Distrust in the storytellers. And ultimately in the story itself.

Westeros, the naïve are punished. It’s not really win or die, as Cersei declared in S1E7, it’s ‘learn or lose.’ Game of Thrones suggests that cunning is more valuable than honor. The fallen Starks are those who haven’t learned fast enough. The Red Wedding, like so much of what happens to the Starks, makes integrity seem like naiveté. The Starks’ belief in honor is a noble trait which 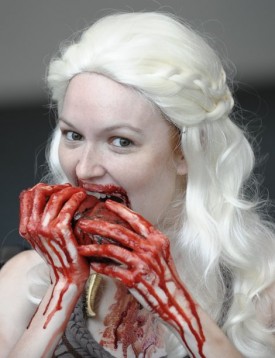 impairs their judgment, blinding them to the treachery of others.” Gualtieri’s cynical assessment rings true to the momentum of the story, which strays far from its initial promise via the main protagonists (particularly the Stark family, who are practically all slaughtered—or “absorbed”—by Season 4).

If I feel that I am simply witnessing a cesspool of meaningless chaos and brutality, dominated by ruthless and insane people, in which heroes are equally powerless victims as they are true agents of change—with no rhyme or reason to tell the difference—then I must ask myself the question: why am I participating in this? What does this story mean to me? I start to feel like a misanthropic voyeur, as perverse as Joffrey or Littlefinger as I watch people get tortured, flayed alive, dismembered, and worse… with no recourse. For such a sensual offence to have value, there must be an element of—or at least a grain of hope of—prevailing and movement.

Which brings me back to story promise.

As much as I’d invested—in fact because I invested—in some wonderfully complex and enjoyable characters (who do belong in the best fantasy), I’m finding the world in which they live rather tiresome—and they are all starting to look tired by it (the ones that have survived so far, that is). It’s one thing to show us the “pit of despair” and have characters transcend it; it’s entirely another to wallow in the pit (with little sign of any transcendence). I want to ask, what’s the point of it all? What’s the point of forcing not just these characters, but us alongside them, to endure so much pain and suffering in such a cesspool of a place? If the point is that there is no point, then fine, I accept that too; I just don’t need to have that point made to me over four seasons (or however many seasons HBO manages to stretch it). One show in the “pit of despair” would have sufficed. The promise that Season One gave of a great story with characters poised to overcome great odds, learn and transcend, heal and redeem themselves, has drowned in a chaotic sea of pointless brutality. It has lost its way, like Dante in the forest.

Emma Gardner of The Economist Group has suggested that Game of Thrones, with its complex character plotlines, intrigue and elegant world-building, exemplifies the rising “mass intelligent”, coined by Andrew Rashbass to describe a rise in the ‘nerdy’, smarter more discerning TV viewer. I don’t know about that…

As commenter Todd Geist wrote, “Game of Thrones is very compelling. But so is a train wreck.”

The producers and George R.R. Martin himself have proudly defended the graphic brutality of Game of Thrones with the assertion that it is not some escapist Disneyesque fairytale version of the world; rather, they meant to capture the gritty reality of the world—particularly Medieval Earth. My question is: what is the point? Good fiction—unlike reality TV—directs its characters through the pit; it does not abandon them in the pit.

In the final analysis, it all comes down to promise: If it’s horror call it horror. Don’t demure behind a less suitable genre like fantasy adventure or dark fantasy just to capture a wider, though less suited audience. Each genre plays by different rules and—more importantly—engenders different expectations. Make your promise plain then keep it. And you will keep your audience.