Home Writing Short Story or Long Story? How to Decide on the Length... 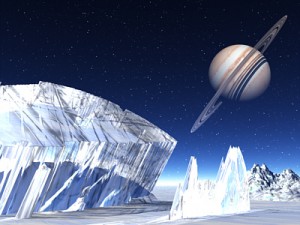 Figuring out what you are writing isn’t always as easy as you think. Many writers, when they begin, may think they are writing a short story when they are actually writing a novel; or vice versa. So, what are you really writing? Or, more to the point, what should you be writing?
A short story only has 7,500 words or less to get your tale across while a novel has over ten times that many words to do the same. It follows then that the short story format is a simpler one. This does not necessarily mean easier.

Short Vs. Long—What’s Your Focus?

Novels provide a sense of change, growth and solutions to problems and conflicts. Short stories must be more succinct, contain fewer characters and subplots, have less complicated story arcs and a single theme. You could say that a short story is a poem to a novel’s prose. “The short story doesn’t have the luxury of depicting change; the closest it can come is awareness,” writes Shelley Lowenkopf in her 2007 article “Telling Tales” in The Portable Writer’s Conference: Your Guide to Getting Published by Quill Driver Books. She goes on to describe the short story as a close-up to a novel’s landscape. The short story is, therefore, often more intense and powerful. A short story, more than a novel, has the power to transport, disturb and enlighten.

Renowned short story authors like Edgar Allen Poe, Nathanial Hawthorne, and Somerset Maugham emphasize the importance of striving for one effect when writing a short story: the single effect you wish to leave with the reader at the end. This is accomplished by selecting events or situations that build quickly into a combustible response.

Jack Bickham, in his book, Elements of Fiction Writing: Scene and Structure by Writer’s Digest Books (1993) writes that, “story length, author intention, traditional expectations of the audience, and all sorts of things may affect the form a story may take.” Choosing the appropriate length to tell your story relies on the complexity of your premise and theme.

Pick Your Length Checklist
The following short checklist will help you determine whether you should be writing a short story or something longer like a novel:

If you answered “yes” to most of the above, then you should be writing a novel.

The Science Fiction & Fantasy Writers of America defined story length forms in the table below. Definitions vary among other sources but remain close to these.

When I was a budding novelist, working on my second unpublished novel, I decided to write short stories. I’d been told time and again that it was easier to publish short stories (the market is far more diverse) and they provided excellent qualifications for when it came time to market my novel. It wasn’t as easy as I thought. I kept getting rejections with comments that my short story ought to be a novel! It took some time to master the art of short story telling. But when I did, I realized that I’d learned a lot about storytelling that I could apply to my novel. And by the time I was ready to publish my novel, I had several short story publications behind me to prove the salability of my work.

Here’s something I did to save time, hone my craft, and receive early recognition: I took “aha” excerpts from my ongoing novel and adapted them into stand alone short stories—altering at least 20% of the content and other elements like setting, names, etc. In each case, I ensured a powerful story by focusing on the single thematic element. I sold at least five short stories to good magazines this way. The short stories went on to receive recognition, awards and a place in some “Best of” anthologies, long before my novels received similar recognition. In each case, the short story became a much more powerful version of its sister work in my novel, much like a poem is to a piece of prose. Try it; you might really like it.