Home Science Fiction My Favourite Apocalypse, or: The N’Yark City of Mighty Samson

“A once-great city lies in ruins, overgrown by a dense jungle. Strange glowing mists hover ominously, remains of a great nuclear war which devastated the planet. The hopes and dreams of mankind are buried beneath tons of rubble, but in this fantastic, man himself lives on…”

Many a kid in the mid-sixties thrilled to the comic book adventures of Mighty Samson, a kind of primitive Slan mutant, possessed of senses and strength ten times that of a normal man. Good thing too, since the ruins of once proud New York city were infested with animal mutants, GIANT animal mutants, usually in the form of a hybrid creature such as a gorilla-tyrannosaur, or a lion-bear. The primitive N’Yark tribe depended on Samson to fend these mutants off, but oddly enough, these radiation-spawned monsters were mere vermin compared to the REAL monsters threatening N’Yark’s inhabitants. 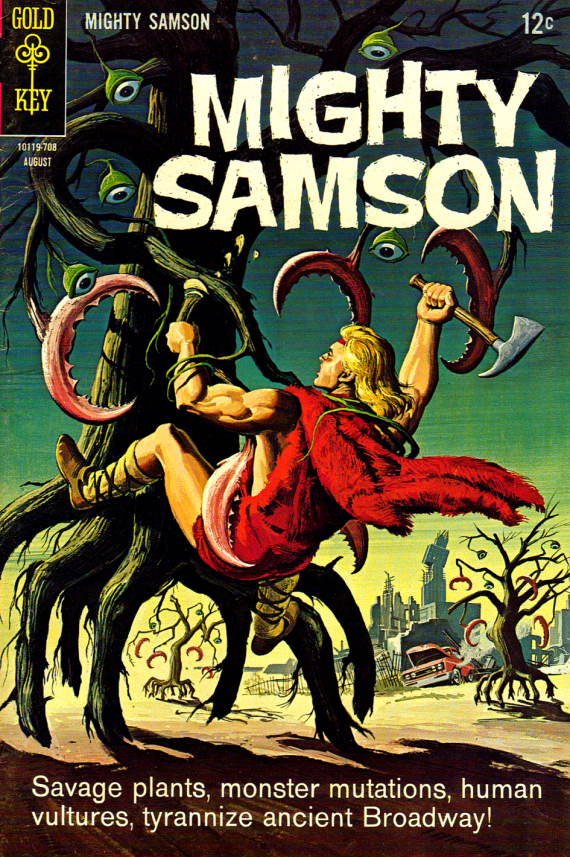 Evil characters like KING KULL, HULKO, OGGAR, THORR, and QUEEN TERRA, themselves usually mutants, stumble across intact examples of lost technology (often found in buried vaults) and are clever enough to exploit the long-forgotten technology to conquer their neighbours. In what is essentially a scavenger society at best capable of picking up a rusted metal object and using it as a club to brain someone senseless, functioning automatic weapons, helicopters, robots and other such high tech comes as a real shock. You’d think there’d be a rather steep learning curve for the bad guys, but they all seem to be evil geniuses with an intuitive understanding of highly advanced technology.

>The subliminal message in the Mighty Samson comic books seems to be that civilization cannot arise again without the technology which destroyed it in the first place, without the technology that was used to enslave mankind. Far better to remain primitive and free. Once fallen, we should remain supine in our happy ignorance. It would be a mistake to get up again. A fatal mistake. 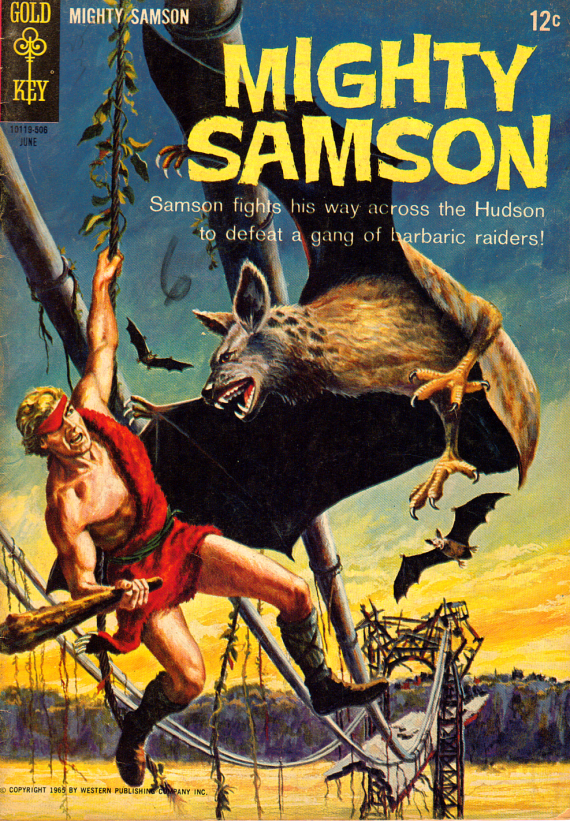 However it is safe to say that most kids ignored the implications raised by the activity of the villains, indeed ignored the villains entirely, viewing them as mere plot devices of no great interest. The delight in reading Mighty Samson arose from the delicious anticipation one felt as one turned the page, never knowing what bizarre creature Samson would stumble upon next. It might be a huge black octopus ambling across a garden plot late in the evening, a giant mole haunting the derelict subway system, or a shapeless mass of fur with an enormous maw lurking just beneath the surface of the Hudson River.

Mighty Samson inspired day dreams too. The series spawned an awareness of the ephemeral nature of the civilization around us. What would the grade school look like after 100 years of abandonment? Would any of the canned goods in the supermarket still be edible? Would the sewers be the best place to hide if enormous flying predators swept down from the radiation-laden sky? I tell you, we kids of the early sixties spent a great deal of time pondering such imponderables. It was very important that we come up with appropriate answers and solutions. Our future depended on it. 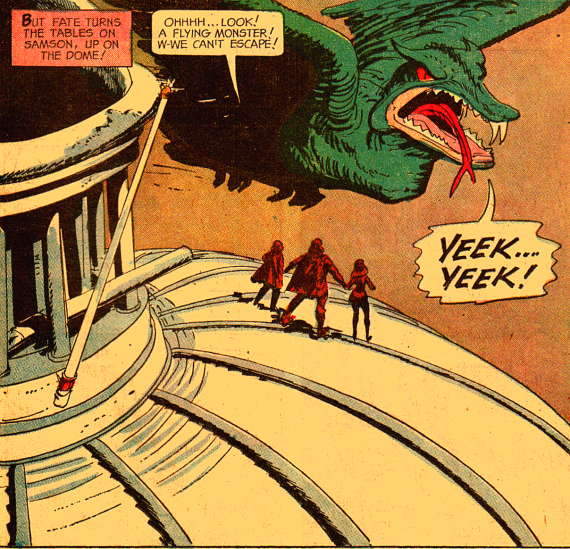 >Alas, many of us suspected we would not be mutated into someone as strong as Samson. We might grow a tentacle or two, but nothing really useful. Probably far better, in terms of likelihood of long-term survival, to be like Samson’s friend the self-educated scientist Mindor, gleeful owner of a bank vault full of functioning relics and, more importantly, books which revealed how to operate those sophisticated technological gizmos. Granted, he wasn’t very successful at harnessing the ancient technology, always muttering things like:

“Power to run machines—power to make the city as bright as night as in the day time! If only I knew how to apply it!”

But he squirreled away every intact atomic battery he found, just in case someday he’d be able to hook them up and actually get something working.

Mighty Samson taught us to be survivors. We learned that all that was necessary to survive in the post-atomic war era was to find a nice bit of rubble for shelter, plant some seeds, and muck about in the ruins for anything potentially useful. Post-apocalypse times will in fact be a tremendous lot of fun… except for the monsters. Best to avoid those. 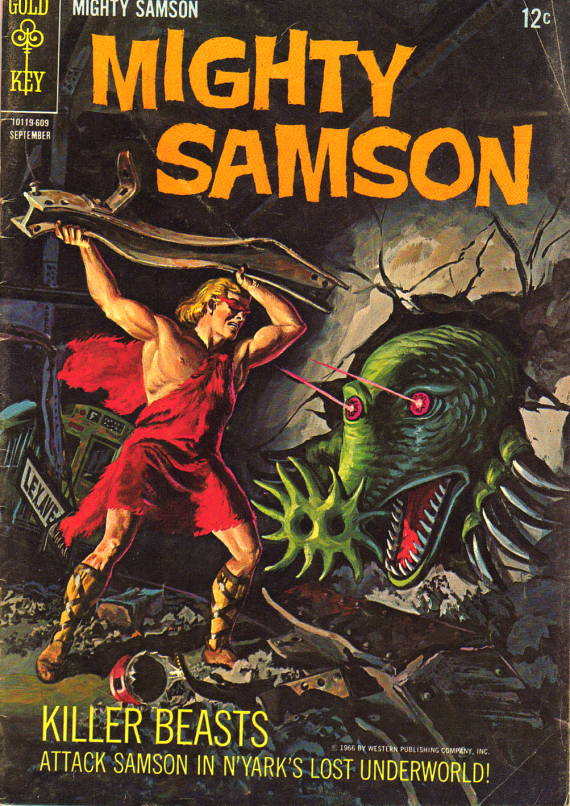