This coming Saturday, some of the UK’s finest purveyors of the dark sonic arts will gather to celebrate wyrd British cinema, with six musical performances and rare screening of two cinematic gems, the folk horror classic Blood On Satan’s Claw, and the hauntological standard, Nigel Kneale’s The Stone Tape. 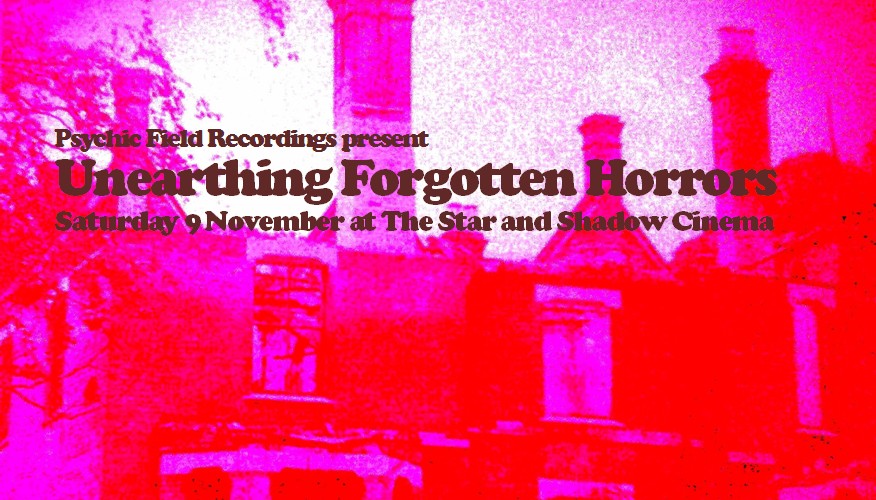 an evening of dark drones, psychedelic noise, and obscure cinema

Do you feel like you’ve seen it all? To quote The Fisher King, are you “sick with experience?”

Fortunately, the past is a vast, dark continent, and we’re turning up fresh archipelagoes daily. One of the greatest advantages we have, in this Information Age, is the ability to trade tastes, to recommend and curate. The past is summoned to the present, like one of M. R. James‘ ghost stories.

Underground music is playing a huge role in digging up the past, and bringing it into the present tense. Film soundtracks are big business, at the moment, with reissue labels like Death Waltz and Waxworks Records giving classic scores from the likes John Carpenter and Goblin lavish vinyl reissues. More and more musicians are turning to the past for inspiration, either through sampling, or creating new, imaginative soundworlds of their own.

This coming Saturday, some of the UK’s finest purveyors of the dark sonic arts will gather to celebrate wyrd British cinema, with six musical performances and rare screening of two cinematic gems, the folk horror classic Blood On Satan’s Claw, and the hauntological standard, Nigel Kneale‘s The Stone Tape.

What is Folk Horror?

Folk horror is a sub-genre of British horror film, drawing upon pre-Christian and Pagan folklore for subject material. Mainly popular in the ’60s and ’70s, the genre is a gold mine of witches, megalithic stone circles, druids, ritual sacrifices and archaic British folksong, all cast in a glorious Technicolor impressionistic blur.

The Wicker Man, with its roots in (dubious) Druidic folklore and its whimsical score from American composer Paul Giovanni, is the best known and loved example of the genre, but that’s just the icing on the honey cake. Britain was a treasure trove of wyrd fictions in the ’70s, on the big screen as well as on the telly. Watch The Wicker Man (the original, not the horrid remake with Nicholas Cage), then delve into the reams of obscurity like Witchfinder General (which is pretty explicit, though, be warned, although it features a great performance from Vincent Price as the Witchfinder), and eerie television like Children Of The Stones, The Owl Service, Penda’s Fen (from Play For Today) and the ultra-rare The Dark Secret Of Harvest Home (featuring Bette Davis).

Folk Horror is the dark reflection of the Flower Power, the return of interest in primitive cultures and ancient traditions. After the two great wars, perhaps people were experiencing a mistrust of science, and economic recessions were casting the future in a pretty bleak light. Folk Horror illustrated the terror and superstition of the Dark Ages, while still gazing in fascination.

Recent years have had a similar resurrection of general witchiness and spookiness, so this genre is due for a major rediscovery.

For more info check out www.folkhorror.com or this rather nice article. 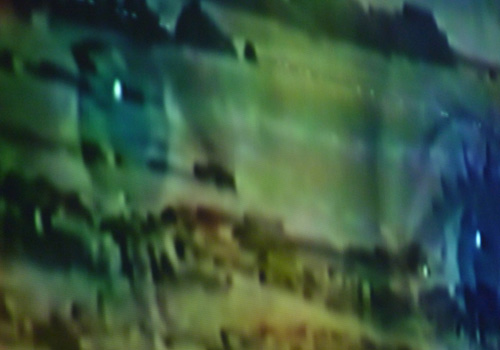 So, What Is Hauntology?

Hauntology begins with a philosophical idea, put forth by the French thinker Jacques Derrida, that at the end of History the past would haunt the present. Society would begin to orient itself towards ideas and aesthetics that are thought of as rustic, bizarre, or “old timey.”

Hauntology can be most easily recognized in electronic music, faux-vintage photography, retro fashions and graphic design. The most iconic example would be the British record label Ghost Box, that creates retrofuturistic electronic miniatures that could have come from a second-wave Dr. Who episode, and packages them in uncannily accurate period costume. The overall impression is one of an elaborate hoax, the Alien Autopsy of toybox techno.

Hauntology (in music) comes in two main forms. The first, and most commonly found, is contemporary music made to sound from a particular era. The sound most people associate with the hauntological musical genre is of the mid-60s to late-70s high British weirdness. The BBC Radiophonic Workshop are the guiding light, and morbid Public Service Announcements are frequently referenced.

The second form, which seems to be gaining some ground, has musicians and sound artists using the past as source material, warping and mutating sonic detritus into a million recombinant mutations. It’s all grist for the mill, to be sliced and diced with the millions of techniques available to the modern audio alchemist. It can range from banging dancefloor techno to weird sound collage and straight up noise. It turns your life into a classic sci-fi adventure, and it brings those old stories to life.

Although it catches a lot of heat, and the style has become a bit cliched, this conversation between the past and the future is a necessary one. The past is here to stay, whether we like it or not, and hauntology drags it into the present like a seance, where we can make of it what we will. What are recordings of any kind, if not ghosts caught on tape or film?

The hauntologists act as valuable curators, digging up forgotten inspirations with the sharpest taste and highest fashion. They make the past alive and vibrant. They make the present weird and interesting. 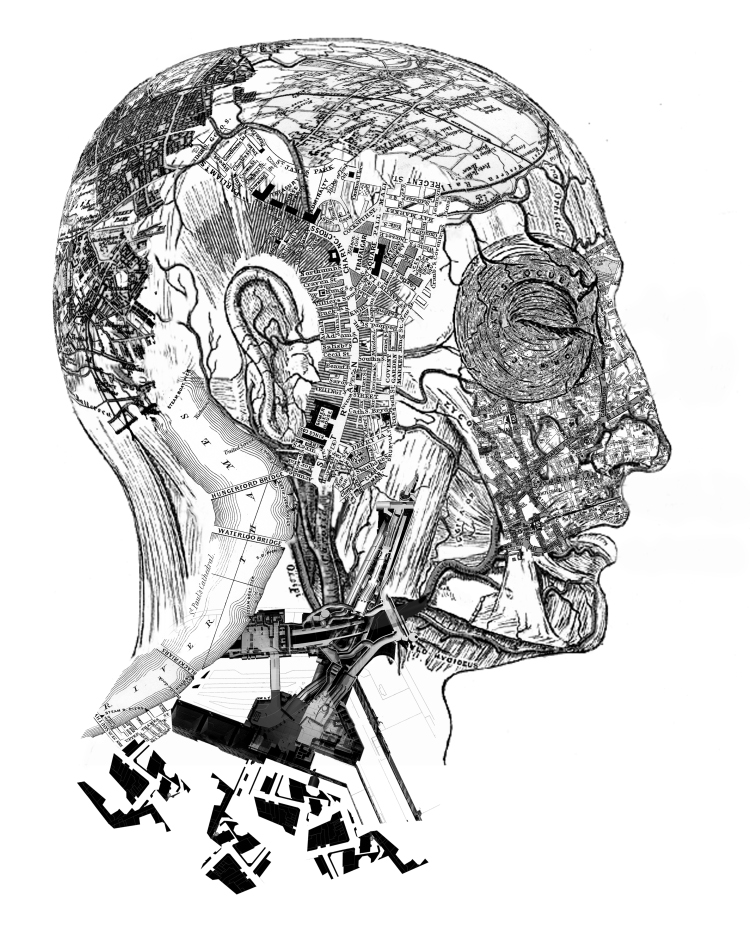 Lastly, What Is Psychogeography?

Psychogeography could be most simply stated as the psychology of a place, or the effect the place has on psychology. Like hauntology, psychogeography is largely a byproduct of French thought, based upon the works of Guy Debord and the Situationists. It was devised as a way to break out of social coditioning, to see cities, our selves and our own lives with fresh, new eyes.

Like I said earlier, a great portion of both hauntology and folk horror are a preoccupation with all things British. Immersing your self in these films and sonic fictions will give you insights into that island’s subconscious, which has it’s own very unique visionary spirit.

A lot of my generation affect a reverence for Central American, Asian and African cultures. Those cultures have their own distinctive genre fiction, that is frequently some of the best around (like Asian horror). Personally, I’m a total Anglo mutt, and I find it endlessly fascinating to get back to my own roots, especially when it comes to inspiration for making original art.

We are living in a constant deluge of inspired (and mediocre) media, which means things like trusted curation and the ability to organize is increasingly essential. Psychogeography organizes by geographical region, getting down to the spirit of a place. In the words of Johnny Trunk‘s Finders Keepers Records: ‘Making Global Sounds Local’. Ultimately, by looking at distant lands, you will come to a new appreciation of your own home place, wondering what strange legends and ghost stories lie hidden beneath the stones?

So take this opportunity to acquaint yourself with these fascinating worlds. These are some of the most vibrant thoughts around, with deep immersive musicks that point the way to a vast world of forgotten horrors and unknown pleasures.

If you’re in (or near) Newcastle-Upon-Tyne this Saturday, go bathe in the oddity. Transform your Saturday into a Lovecraftian rite, and experience some REAL magick in your life.

If you’re an unfortunate (like me), you can check out this mix from the enigmatic Melmoth The Wanderer, to sample all the bands that are playing, and consider having a folk horror marathon of your own.

THE PAST IS PRESENT/HERE’S TO THE OLD WAYS.