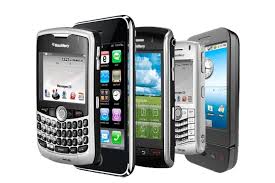 Science Fiction is frequently accused of being a genre that’s too much about gadgets. I tend to think that we focus on the wrong gadgets, and that’s why that generalization is made. Every day new pieces of technology are introduced that change the way people live and interact in profound ways.

When people become enthusiastic about a piece of technology, their attention almost always goes to something splashy and sexy. A big gun, a new tank, some sort of expensive device for preserving health that none of us can afford. Those are not the devices that really change us, however.

I can think of no technology that has more profound of an effect on us than the cellphone. It’s changed us in a million little ways that most people don’t even notice.

For instance, if you watch movies or read books, think about the stories you like from more then forty years ago. By way of example, how many of them would be completely changed because the hero could have whipped out his cellphone and called the police? Some writers choose older time periods just so they can rule out these sort of devices and force the hero to solve his own problems.

But the changes are more profound than that. Louis C. K. doesn’t even think kids should be allowed to have cellphones. He said it in a humorous way, but he essentially meant it. A lot of people genuinely feel that cellphones are not a good thing for kids to have, and I’m one of them.

He expresses his opinion in a very genuine way, but it’s not a new sentiment. Cellphones are one of those of pieces of technology which allow American kids to never spend a single moment of time being bored. I’m sure they don’t see the problem with it, but the time you spend alone is valuable time, even if you don’t enjoy it. It’s part of our emotional development.

Ultimately, the most important pieces of technology are usually not the big flashy ones, they are the devices that everyone can use. The first time you use them, they may seem harmless. It isn’t until you use them millions of times a year that you really see what the consequences of having them around are.

This is the sort of thing that I wish Science Fiction addressed a little more often.