As late as twenty years ago a fanzine panel at a VCON would draw thirty to forty fen, all curious, many enthusiastic, all appreciative of any sprightly and hilarious tales to be told springing from fanac lore, tradition, and experience. But now…
I stopped participating in convention panels promoting fanzine fandom when the four panelists on the panel outnumbered the audience four-to-one…

As late as twenty years ago a fanzine panel at a VCON would draw thirty to forty fen, all curious, many enthusiastic, all appreciative of any sprightly and hilarious tales to be told springing from fanac lore, tradition, and experience. But now…

I stopped participating in convention panels promoting fanzine fandom when any material handed out (lists of fanzines, one-sheet brief histories of zinedom, etc.) were tossed in the garbage before the recipient even left the room.

We have to let the zines promote themselves

And so began my quest to host a web site where anyone can download Canadian SF Fanzines and read them at their leisure. Took me all of fifteen minutes to complete my quest. 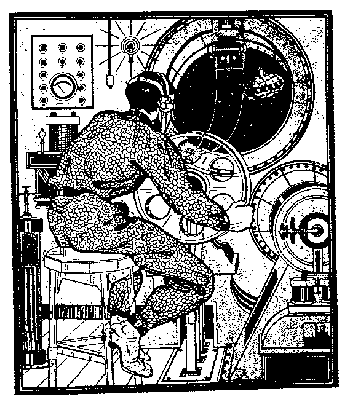 JUNE 17th/2013 – I google ‘Web Site Hosting.’ There is a list of ‘Fifteen Best Hosts.’ IPAGE is top of the list, offering domain title, unlimited storage, unlimited bandwidth, and site building programs all for a surprisingly inexpensive fee. I sign up. It is done.

Now what? The manual provided makes no sense to me. The various tool bars confuse me. Must sleep on this.

JUNE 18th/2013 – After several hours of staring at the screen I finally figure out how to create new pages. Seems you click on the ‘Add New’ button next to where it says ‘Pages’. Who knew?

JUNE 19th/2013 – After several hours of staring at the screen I finally figure out how to create a menu tree. Seems you click on ‘Parent’ and choose a ‘parent’ file that leads to your ‘child’ file. Amazing.

June 20th/2013 – After several hours staring at the screen I accomplish nothing. Can’t figure out how to transfer text from my computer files into a blank page on my web site. There doesn’t seem to be any cut & paste button anywhere. I’m stymied.

Looks like I’ll have to go out and buy any book titled “WordPress for Luddite Sub-Morons.”

I have figured out how to type text into a blank page, but I’ll be buggered if I’m going to retype twenty years of Fantiquarian research! 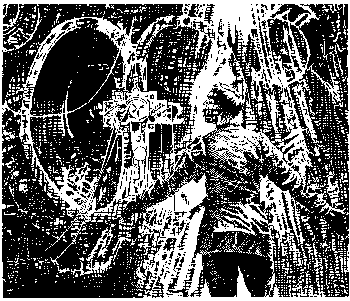 Every teenager on the planet knows how to do this. I am not a teenager.

June 21st/2013 – I spend hours and hours trying to figure out how to cut & paste into my web site. I go to the WordPress support page. I type in “How do I paste text into a blank page?”

I go to their forums, ask the same question in their search function. I figure dozens of people must have asked the identical question over the years. Nope. Not one. Nothing.

Am I the ONLY computer ignoramus in this modern world?

I is increasingly frazzled and frustrated. It shows.

My wife asks: “So what’s the problem this time?”

“So use the Control + Letter = Command keys.”

Let me tell you a story. I was eight years old when I asked my home class Grade School teacher “Do humans have meat in their bodies?”

She didn’t know what to say. I knew meat came from animals. But I assumed human bodies contained no meat whatsoever. Drove me nuts trying to figure out what meat was. Something layered between fat and muscle? Or wrapped around bones underneath muscle?

My question was prompted by a school mate telling me about cannibals. I figured, maybe we do have meat after all.

POINT IS, NO ONE TOLD ME MEAT AND MUSCLE WERE ONE AND THE SAME!

No wonder I was confused. Not stupid, just ignorant.

Now you can see exactly what I mean when I say I think of them as ‘glorified typewriters.’

June 22nd/2013 – A tremendous sense of accomplishment! I replace the default home page photo with a classic 1950’s illustration, or at least, it DATES to the 1950s when I drew the original at the age of nine or thereabouts.

It has everything germane to the sensibilities of the era: fast cruisers of the Earth Patrol, an alien flying saucer, an alien (friendly, one hopes), a satellite, and a truly futuristic building (inspired by the agitator in my mother’s washing machine), all set on the airless landscape of some wandering asteroid. The ‘art’ reflects a truly childish ‘sensa wonda.’ And why not? Now that I am retired, I have gleefully plunged into my second childhood.

I ‘improved’ the original using Microsoft Paint. Adding colour for instance. Now it looks like it was drawn with various colours of fluorescent chalk on a black plasma-field chalkboard. Can’t get more futuristic than that!

Combined with ‘Space Cadet’ clip art, the appearance of my site has a jolly retro feel.

June 23rd/2013 – Fixed a problem that’s been bugging me for years. A problem which needed solving if I am to host zines. How to scan a fanzine without creating a file too gigantic to handle? After much button pushing and swearing (at a ratio of 1/1), I co me up with a system that works.

I scan each page as a document file at 300 DPI. Crop, sharpen, change brightness, contrast and so forth. Then I save the page as a PNG picture file, winding up with a whole bunch of PNGs which I pour into a Microsoft word document in sequence, inserting one PNG per page. Next I turn the whole mess into a PDF file and post it on my web site. Works for me.

Can’t remember the dates – What didn’t work for me was installing the blog. It came preinstalled. Couldn’t figure out how to use it. Deleted it. Also wanted to create a sidebar to post reviews of current zines. Not a clue.

Glancing at them in the book store, I could have sworn they were written in English. Apparently not. Oh, I can read the often repeated line “This example shows how WordPress is intuitive and user-friendly…”

I beg to differ. Evidently the ‘Dummies’ in question are Einsteins compared to me. The rest of the sentences in the books might as well be written in Sanskrit as far as my ability to grasp them goes. I am less than a dummy.

I pour out my frustrations on Facebook. To my rescue comes Jean Hollis Webber (of ‘Webber Woman’s Wrevenge’ fame) of Australia. She volunteers to help if I but grant her Admin status. I do so right away.

Well, not quite right away, since I don’t know HOW to grant her Admin status. But she figures it out for me. And reinstalls the blog. And creates a review side bar. AND adjusts the spam filter so it actually filters spam.

A few weeks later I give her a tour of downtown Vancouver (she likes to travel) and it turns out she’s not the least bit interested in the past, has no interest in the purpose of my site, and (like all true SF fans) is only interested in the future. She decided to help me because she was intrigued by the sheer magnitude of my ignorance. An interesting challenge for her. For this I am grateful.

I use my web site to host downloadable zines and my Canfancyclopedia. I must be answering a need of some kind. Since June 17th I have experienced 181,807 hits and 17,957 visitors, currently averaging 282 visitors a day.

I mentioned to a web savvy friend of mine that, depending on what words you Google, my site shows up on the first Google page, sometimes as the first choice.

“Really? Don’t you know that web companies are raking in thousands of dollars teaching people how to get on Google at all? And you’re on THE FIRST PAGE? What Meta-tags are you using?”

Sometimes being ignorant is a distinct advantage.

Check out my web site at < www.cdnsfzinearchive.org >

And now for something excruciatingly different:

GIVEN THE LATEST HEADLINES I HAVE BECOME TOTALLY DISILLUSIONED WITH THE HUMAN RACE. ARE WE WORTHLESS?

MR. GUESS-IT-ALL: Absolutely not! We are highly prized by all sentient species throughout the universe. Both individually and collectively we shall always be popular, greatly admired, much sought after, and very expensive to purchase. It seems we are considered quite the delicacy.

Voting No Award will not bring about Nuclear Hugo Winter

Crab Nebula Has Hit Earth with Highest-Energy Light Ever Recorded