Very few artists have had as big an influence on horror illustration and on the look of horror films as had Swiss artist H.R. Giger. 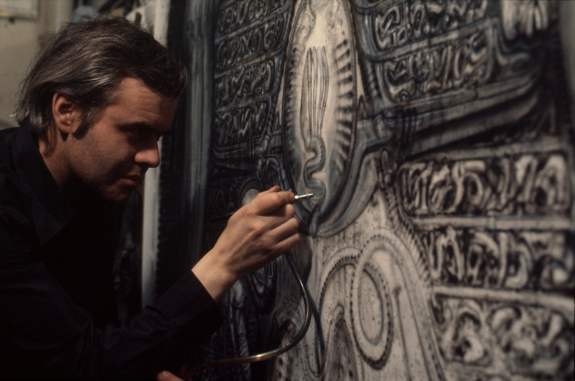 Very few artists have had as big an influence on horror illustration and on the look of horror films as had Swiss artist H.R. Giger. Recognized as one of the world’s foremost artists of fantastic realism, Giger was a phenomenon in the art world before he was tapped to provide production art for the motion picture industry.

His work is striking and disturbing. His imagery is mechanical and yet there is a disquieting element of sexuality to all of his pieces that unsettles the viewer at a very deep level. Indeed, his works are so disturbing to his fellow countrymen that at some early exhibitions of his work, his paintings were reportedly spat upon by gallery patrons. 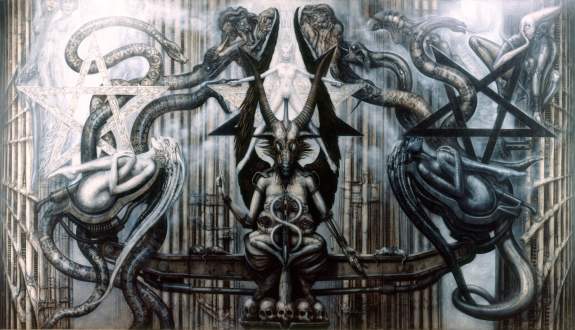 Giger’s work unsettles us by suggesting things that perhaps we’d rather not think about. Other artists have suggested that our human nature is being warped and changed by our technological and industrial surroundings, but no artists does it so viscerally as does Giger. His works are certainly not for the squeamish and I had to be very careful when choosing examples to accompany this post. Nevertheless, it is approaching Halloween and you have to expect to see some disturbing and unsettling imagery as we get closer to the actual day. 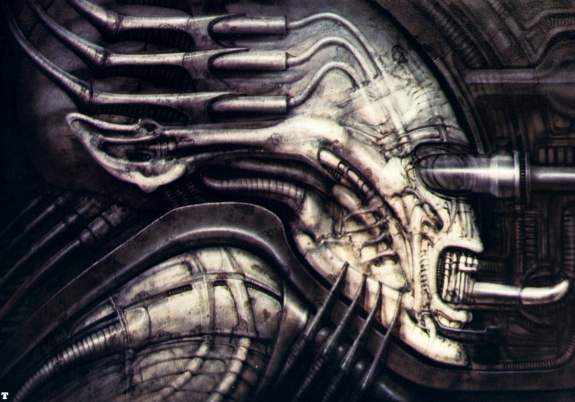 Giger’s work, though, really does take it to a whole new level. 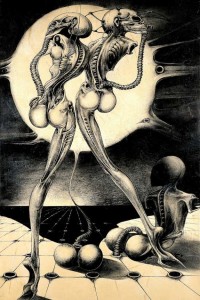 Born in 1940 to a chemist’s family in Chur, Switzerland, Giger moved in 1962 to Zurich, where he studied architecture and industrial design at the School of Applied Arts. By 1964 he was producing his first artworks, mostly ink drawings and oil paintings, resulting in his first solo exhibition in 1966, followed by the publication and world-wide distribution of his first poster edition in 1969. Shortly after, he discovered the airbrush and, along with it, his own unique freehand painting style, leading to the creation of many of his most well known works, the surrealistic Biomechanical dreamscapes, which formed the cornerstone of his fame. To date, more than 20 books have been published about Giger’s art.

Giger’s most famous book, Necronomicon, published in 1977, served as the visual inspiration for director Ridley Scott’s film Alien, Giger’s first high-profile film assignment, which earned him the 1980 Oscar for the Best Achievement in Visual Effects for his designs of the film’s title character, including all the stages of its lifecycle, plus the film’s the extraterrestrial environments. Giger’s other well-known film work includes his designs for Poltergeist II, Alien3 and Species, as well as the legendary unmade film, Alejandro Jodorowsky’s Dune.

From the onset of his career, Giger also worked in sculpture and had an abiding desire to extend the core elements of his artistic vision beyond the confines of paper into the 3D reality of his surroundings. But it wasn’t until 1988 that he was given the opportunity to design his first total environment, a Giger Bar in Tokyo, Japan. However, it was four more years before his concepts were properly realized, under his personal supervision, with the opening of a second Giger Bar in Chur, the city of his birth, in 1992. 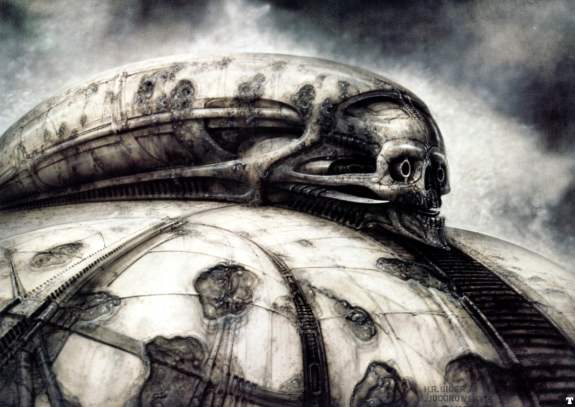 The H.R. Giger Museum, a further extension of this dream, opened its doors in June of 1998 in the Chateau St. Germain, in the historic medieval walled city of Gruyères, Switzerland. As the permanent home to many of the artist’s most prominent works, the museum houses the largest collection of Giger’s paintings, sculptures, furniture and film designs, dating from the early 1960’s to the present day. 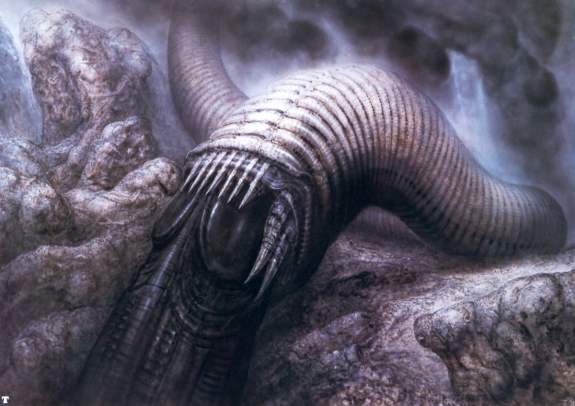 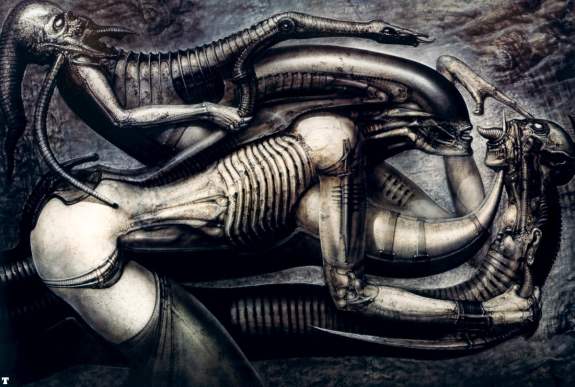 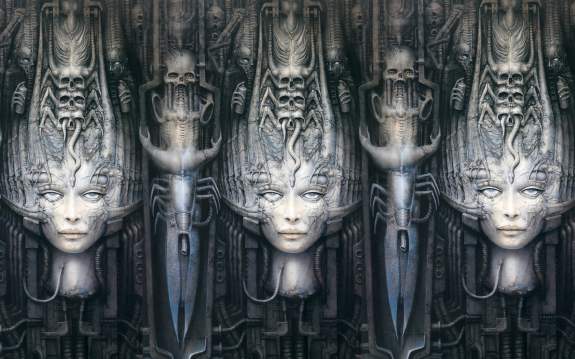 Giger currently lives and works in Zurich with his wife, Carmen Maria Scheifele Giger, the directrice of the H.R. Giger Museum.