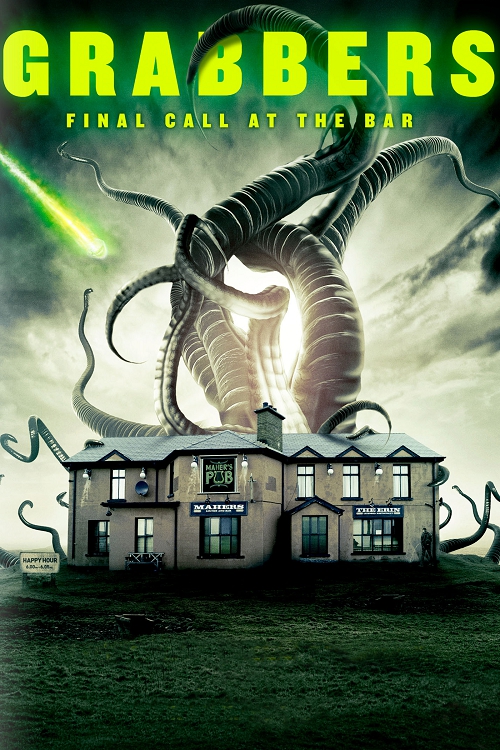 Grabbers is an Irish comedy horror film and a science fiction monster movie. It was released briefly in cinemas in the UK last year and is now available on an excellent Blu-ray. Written by Kevin Lehane and directed by Jon Wright, Grabbers stars Richard Coyle, probably best known for playing one of the funniest characters in the history of television, Jeffrey in Steven (Doctor Who) Moffat’s Coupling (original UK version, not the disastrous US remake) as an often drunken Garda office, Ciarán O’Shea, in a tiny fishing village on an island off the coast of Ireland. He is not best pleased to find he has a temporary new partner, a by-the-book younger officer, Garda Lisa Nolan, played by Ruth Bradley.

The leads are attractive and charismatic and play off each other well. There is strong support from Russell Tovey (George in the UK version of Being Human) and a fine group of Irish character actors, some of whom may be familiar faces from television.

So far so mis-matched copy buddy movie generic. Except that at the same time Bradley arrives something mysterious crashes into the sea and in the prologue the crew of a local fishing boat come to a messy end. From there Grabbers plays like a distant relation to Hot Fuzz (small town cops meet big trouble) vs The Thing, Aliens and Tremors, even if its closest ancestor is John Wyndham’s classic 1953 follow-up to The Day of the Triffids, The Kraken Wakes (published in the US as Out of the Deeps). 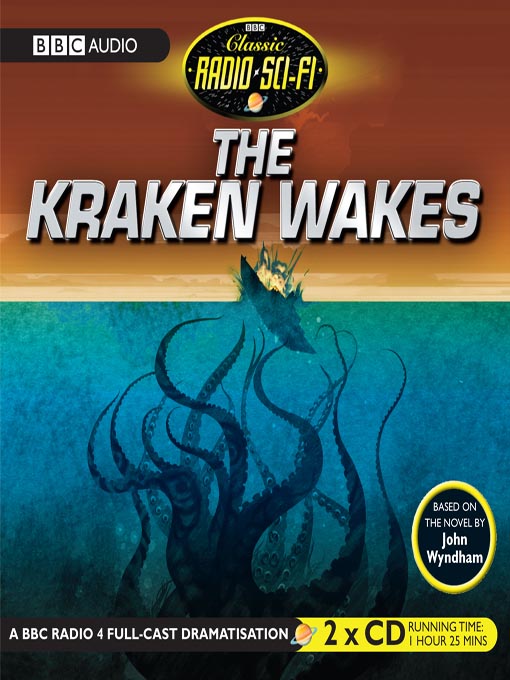 Grabbers has been dismissed in some quarters for not doing anything original. Well most films don’t do anything original, and Grabbers does achieve a couple of things I’ve never seen before. It places a classic monster movie story on a scenically gorgeous Irish island populated by a bunch of local characters who might be descendants of the characters from Whiskey Galore! (aka Tight Little Island) living on the next isle over from Father Ted’s Craggy Island. And then, giving the opportunity to have fun with the stereotype of the drunken Irishman, or woman, burdens the aliens a unique Achilles’ Heel.

In the 1962 film version of The Day of the Triffids the titular creatures were, in a rather unlikely resolution, vulnerable to sea water. Here the aliens are decidedly not partial to alcohol. So how better to survive the alien attack than by heading to the local pub for a lock in? While I can certainly not endorse inebriation as a means of surviving an alien onslaught, it is an original enough device which lends Grabbers a certain freshness and broad comedy.

Grabbers plays best to those who love, appreciate or grew-up with vintage monster flicks, and therefore understand what the filmmakers are aiming for. It is not a spoof – it is played straight, the humour stemming from the characters’ behaviour and their reactions to the situations they find themselves in – and it is not the sort of homage which slavishly pays reference to particular moments from previous films. Unlike the 2005 Irish Alien-with-cows on a farm film, Isolation, which stayed too close to Ridley Scott’s original (despite being set on an Irish cow farm) to make it’s own mark. Rather, it is an addition to the tradition of monster movies, made by people who not only love that tradition, but love the art and craft of traditional Hollywood movie making.

While Grabbers unfolds in pretty much the expected fashion it contains enough laughs, tension and scares to prove solid entertainment. It will neither terrify nor make you howl with laughter. It is not that sort of film. Even the horror has the relaxed feel of the setting. This is fun, feelgood comedy horror with a touch of romance. There is a some strong language and a few gory moments, but on the whole Grabbers steers clear of anything so graphic it would dampen the mood. It will make you smile.

What makes it clear that Grabbers is the work of people who love what they are doing is the sheer craft on display. Grabbers is far better made than anyone has any right to expect for a $4 million monster flick. First, it is beautifully shot by cinematographer Trevor Forrest, often in low evening light – that twilight hour light so beloved of Néstor Almendros which made Days of Heaven so ravishing – and elegantly framed in proper monster movie wide 2.35-1 ‘Scope ratio. There is one revolving shot on a beach which recalls Brian de Palma, specifically the prom dance in Carrie (original, of course), which is way beyond the usual demands of this sort of straight to DVD budget. You can always see exactly what is going on. There is very little ‘shaky-cam’, and what there is proves mild and was probably necessitated by the tight shooting schedule; most of the cinematography has a stability now lost from many big Hollywood genre pictures.

Then there is the effects work. A combination of practical effects and CGI, the monsters look terrific. It is quite astonishing what can be done now for very little money. Indeed, it makes one think the vast budgets spent on summer blockbusters are just facilitating visual effects overkill.

Finally, the score. Decent film scoring is rapidly becoming a lost art in Hollywood, with films boasting distinctive, memorable, orchestral scores rapidly coming to seem old fashioned in an era of tuneless wall-to-wall electro-orchestral droning and percussive pounding. Indicating filmmakers prepared to buck the trend and go with what works best, despite the incredibly stretched budget which would have had most filmmakers turning to electronics, Jon Wright hired composer Christian Henson to write a full orchestra score. The result, despite being recorded in one day (that’s how tight the budget was) and being filled out with a little bit of electronics, makes a huge difference. There is a main theme with an Irish lilt, but which doesn’t go out of its way with Celtic cliches as so many Hollywood composers are apt to do, given half an excuse. The action and suspense music falls into the great tradition of Goldsmith, Herrmann and Williams. No ground is broken, and Henson’s work isn’t in their class, but a solid score makes a serious difference.

Showing commitment to this level of quality, Wright has chosen to include the complete score as a bonus feature in dts-HD MA sound on the Blu-ray. So buy the disc and you get better than the soundtrack CD, which doesn’t exist anyway, included for free. It’s not an isolated score. Rather, the music plays from beginning to end as an hour long album, with track titles and numbers displayed on screen. This feature obviously isn’t on the DVD.

Grabbers looks and sounds first class on Blu-Ray, putting to shame many a film with ten times the budget (yes, The Adjustment Bureau, this time I’m thinking of you). The disc also contains a good selection of bonus features, including a writer/director/composer/director of photography commentary track, a 15 minute interview with Jon Wright, 25 minutes worth of out-takes, a trailer, a photo gallery and a 16 minute making of documentary.

Grabbers had a limited US release from 19 July and is currently available on various watch on demand services. DVD and Blu-ray releases will presumably follow before the year is out. Did you see Grabbers? If so, what did you think?