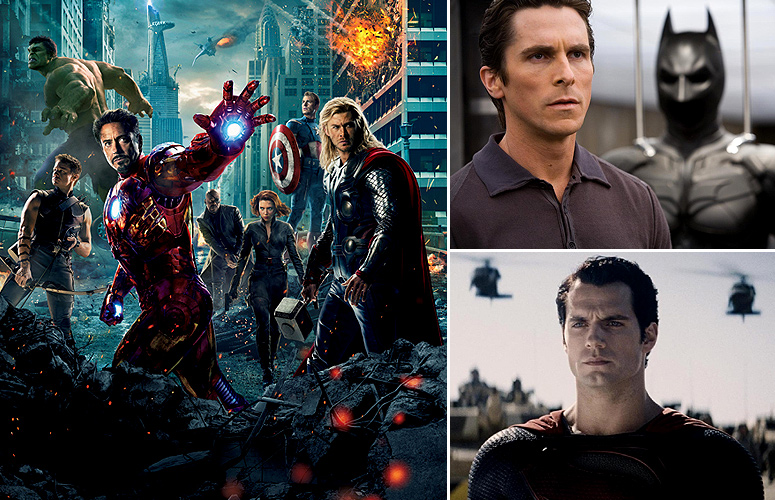 Superman has always been my favourite superhero, which I guess would make me team DC. I also loved the Dark Knight trilogy, but the recent Marvel Avengers franchise has been pulling me over the fence. Loki is by far my favourite villain, but I think I would put that down to Tom Hiddleston’s brilliant portrayal of the character. Also Stan Lee’s regular appearance in films has probably made him the only behind-the-scenes comic book person known by non-comic/sci-fi fans across the globe which in turn keeps Marvel ahead of the DC game for world domination.

I had the pleasure of working for Disney and Marvel in my day job last year and got to learn a lot about the brand. For example, Marvel prides itself on its heroes being relatable, they are often real people that something has happened to them (rather than an alien like Superman) and they are in the real world (rather than Gotham City like Batman). I see their points on these, and I think the new TV series Agents of S.H.I.E.L.D. will do more to reinforce this message, with real, normal humans protecting the world with and without the superheroes they have access to. 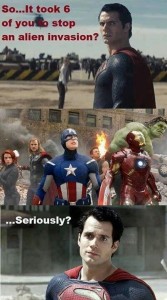 However. For me, Superman was the first superhero I stumbled across with Christopher Reeve’s brilliant portrayal as Clark Kent and Superman. As a child I believed that Superman was a bumbling fool who became an incredibly strong person when he was Superman. As I grew older I understood it was all part of his disguise to protect his identity and those around him. What I love about him is that in every incarnation of the character (although debatable in Lois & Clark) is that he makes me believe a man can fly.

He can do many things that we can’t, saving people that no one else would be able to save. Many people also raise the question how can Lois not know Clark is Superman just from a pair of glasses and a lack of a kiss-curl? My theory on this is simple. She is so close to Clark as a colleague and friend, and so in love with Superman that she can’t see the wood for the trees. She has built Superman up on a pedestal, meaning she cannot even imagine that he could be someone like Clark. I did like how this was portrayed in Superman Returns, where Lois describes everything she knows about Superman and then looks at Clark who clearly fits the bill, only for her to laugh off the thought that it could ever be him.

I am not a big comic-book fan like some of you reading this. I have always had a passion for film, in particular sci-fi related films and my love of Superman and the ever growing comic-book adaptations have made me fall in love with comic-book movies. I have picked up the odd comic, but think I will always be meeting many superheroes for the first time on the screen rather than the page.

Is it possible to be Team Marvel and Superman (stand alone) at the same time? Because that is where I am, and I think will always be (*subject to change when the Justice League arrives on screens).