Perry Rhodan is a weekly German science fiction pulp magazine series that has run uninterrupted since 1961. That translates into over two thousand five hundred issues released so far not counting reprints, books and spinoffs. Lets let that sink in for a moment.

This column is supposed to be about visual arts. That makes sense as I am an artist, but I am also a writer (as Jack Mackenzie) but above all of that I am just a great big geek who loves science fiction.

If you are a fan of science fiction and if, as I do, you have a particular love for space opera, then you probably have come across the name Perry Rhodan. 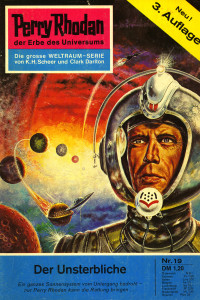 If you’re anything like me then you would have spent many hours scouring paperback aisles or racks looking for science fiction paperbacks. Sometimes in drug stores or supermarkets or maybe in second-hand book stores. Either way you are bound to have come across a paperback edition or two of the Perry Rhodan books. The English editions, anyways.

And if you are like me you would have asked yourself: what is this Perry Rhodan thing? And you probably would have been warned away from it as I was many times.

Perry Rhodan is a weekly German science fiction pulp magazine series that has run uninterrupted since 1961. That translates into over two thousand five hundred issues released so far not counting reprints, books and spinoffs.

Lets let that sink in for a moment. Can you think of a similar North American science fiction hero who has had such a run? The closest I can think of is Doctor Who and his run was certainly not uninterrupted.

Does this not sound like the most successful science fiction series ever? So how come hardly anyone outside of Germany knows about it?

The magazine was originally founded by Karl-Herbert Scheer and Walter Emsting, two German science fiction writers. Initially it was only conceived to run for thirty volumes, which was ambitious enough. Its popularity within Germany allowed it to run well past the original thirty volumes and now it is still being developed and written by an ever-changing team of authors.

So what is Perry Rhodan all about? Well, according to Perry-Rhodan.us:

The series begins with the first manned moon landing (in 1971) led by U.S. Space Force Major Perry Rhodan. However, things do not go as planned and the astronauts discover a stranded alien spaceship from a star system called Arkon and its crew who need medical help. The realization that mankind is not alone in space and access to the aliens’ advanced technology lead to the (not entirely trouble-free) political unification of Earth under the eponymous hero-protagonist Rhodan, first expeditions into the cosmic neighborhood, and the eventual founding of first colonies on other planets, all the while trying to keep the more powerful established factions out there (especially the decadent Empire of Arkon, which had dominated local space for twenty millenia) from finding out just where the newcomers hail from.

Over time (over the course of the entire series so far, more than three thousand years pass in-universe), Earth and its colonies evolve into a major power in their own right while other space-faring races lose some of their traditional influence. 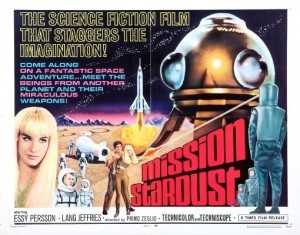 Well that all sounds pretty standard space opera, doesn’t it? There are elements of Doc Smith’s Lensman stories as well as Star Trek. But why has Perry Rhodan lasted for so long, achieved this level of popularity in Germany but not elsewhere in the world? How can a franchise inspire Books, spin-offs, games, music albums (including one by Tangerine Dream’s Christopher Franke) and even a movie back in 1966 (although Perry Rhodan fans will tell you that there never was a movie made… EVER! That’s how bad it was) and not have been able to break out of its regional popularity the way Doctor Who has? Is it a German thing? Does it not translate outside of the German cultural ouvre?

I guess the question I’m really asking is: Is it any good? 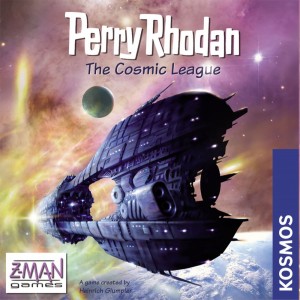 At this point I should come clean and tell you that I have not read any Perry Rhodan. I have several of the English language paperbacks but I have never read them. I have been warned away from the books by fellow science fiction fans, yet, there is an appealing allure about the existence of such a successful franchise that very few people, even the science fiction community, has even heard about.

My question then is the one in the title of this piece: What the %&*# is Perry Rhodan? Who out there knows and can share what it is about this series that has captured your imagination?

Don’t be shy. I won’t judge. I just want to know what its all about.

All good things come to an end is a truth we all know to be unwavering.  Knowing that truth, however, doesn’t lessen the blow when something truly remarkable ends unfulfilled.  The most recent entrant into the graying abyss of unfinished and hopelessly brilliant television are the two series Young Justice and Green Lantern: The Animated Series, both part […]