Home Film/Televison The New Doctor and the Spin Behind It 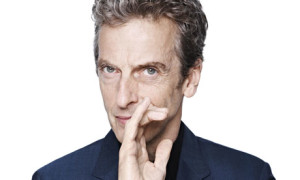 The BBC is a weird organisation. The night after the first episode of the first series of Doctor Who aired, their news site broke the news that Christopher Ecclestone was leaving at the end of the series. Earlier this year they ran a story confirming Matt Smith would be sticking around for season eight in 2014 and then, this Sunday, they held a some-what hastily thrown-together live show where the new Doctor – Peter Capaldi – was introduced to millions around the world.

That was just weird.

I was watching Twitter at the time and, for a few moments, the whole internet seemed to stop. People were watching this live in the UK, in the States and even further afield. There hadn’t been an atmosphere of expectation like this since the recent Papal Enclave but this was for something more, this was for one of the world’s most beloved and longest-running TV shows.

Oh bets were cast and a few minutes in Matt Smith inadvertently confirmed in his video message that yes, the Twelve Doctor was going to be another male (dammit!) and that he was a huge fan of the serious. That was the moment I knew Peter Capaldi was that man and quietly wished I’d laid a bet. He was odd-on favourite, ostensibly because he was a Doctor Who and Torchwood alum and – most hilariously – had been credited as ‘W.H.O. Doctor’ in World War Z. Yes, because there’s a world of difference between a Time Lord and the World Health Organisation.

Personally it’s going to be nicer to see an older Doctor. I’m 33 now and it’s no fun having a Time Lord who is younger than I am, it feels closer to cradle-snatching to a geek crush. Capaldi is also an awesome actor, think of him as a more modern, foul-mouthed incarnation of John Hurt and Derek Jacobi (both also Doctor Who alumni).

While this live announcement was obviously done to prevent leaks, something Auntie has been loosing a battle with of late, it’s interesting to see them trying to utilise modern media, including Twitter and Facebook, to capitalise on their most beloved series. We now have until November 23rd to wait for the 50th Anniversary special, then there’s the annual Christmas episode with Matt Smith’s regeneration into Capaldi. That’s going to be interesting but, for once, I think the series might actually be in good hands and I’m glad of it.