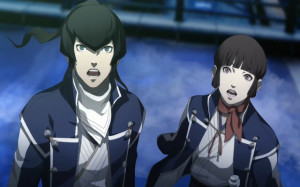 The thing that’s kept me coming back to Shin Megami Tensei over the years has been its most Sci-Fi element: its sense of discovery. IV, the series latest entry for the 3DS, emphasizes this point; this is a game about exploring a brave new world. What that world happens to be, and how difficult it is to actually do, is part of the series’ charm. And I’d be lying if I said anything other than that Shin Megami Tensei IV is the most fun I’ve had with a videogame all year.

The fourth entry, which places you in the role of a sort of technomancer samurai within its first fifteen minutes, hasn’t come too far from its first entry. The original Shin Megami Tensei, a mid-90’s Japan-only release still only available thanks to eager fansubbers, told a story markedly different from the Final Fantasies’ of the period about a hacker in modern Tokyo who is sent a strange program that allows him to summon demons.

The series persisted over the years with spotty English entries until spinoff title Persona 3 came out. That game, for the Playstation 2, pushed the series into the limelight by combining dating sim elements with classic dungeon crawling and an engrossing, apocalyptic story that took place in a high school. Persona 3 and its follow-up brought more fans to the series than any other titles before or since.

Shin Megami Tensei IV isn’t a Persona game, though. It’s a main-line title, a sequel to the early 2000’s Nocturne, a game where you played a half-demon in an incredibly surreal apocalyptic Tokyo that had been turned into the inside of a sphere. It was also one of the hardest role playing games ever made; beating it was a testament to both perseverance and proper tactics. The best thing about it, though, was the sense of exploration: the wide-open deserts, the disfigured Tokyo, and the city that sprawled above and around you. 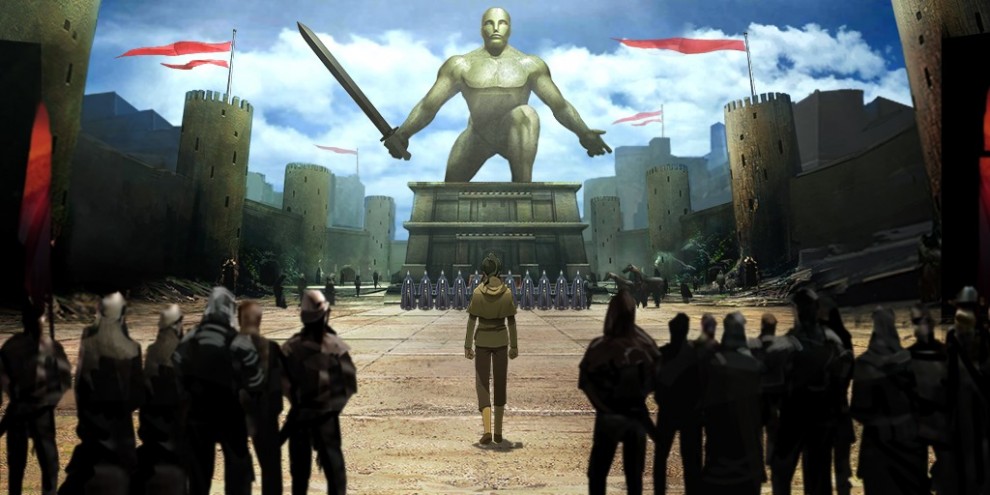 More than anything, it’s this feeling that Shin Megami Tensei IV brings forward from its predecessor. As the game begins, you are samurai exploring a collection of caves called Naraku. But as time passes, it becomes clear this isn’t the only thing going on. The people above you aren’t telling you half of everything. And there are secrets at the bottom of Naraku.

It’s this atmosphere that’s clicked so well with me. The game isn’t perfect: the characters are pretty flat, and the difficulty curve is sometimes monstrous (on the plus side, there’s an easy mode for the non-masochist). But it’s all about the exploration. It’s something videogames can do incredibly well: allow you to discover things about a world at your own pace. They allow you to look at, and ask, the questions you want to.

It’s also—let’s be frank—a game about the demons. Shin Megami Tensei, at heart, is Pokemon with a brutal difficulty curve and the ability to recruit mythological figures. Right now my party consists of a winged Chinese deity, a ghostly blacksmith mountain spirit from Japan, and Jack Frost, the spirit of winter (and the company mascot, and I’d be lying if I said a plush one wasn’t sitting on the bookshelf by my bed). That’s way cooler than even the coolest Pokemon. Further, there’s more complexity. Pokemon has a hidden layer of depth, for sure, but at heart it’s a series of one on one duels with very hard counters. Shin Megami Tensei has you building teams, constantly fusing old demons together into new ones, and creating dynamic, flexible lineups.

That’s fun. But what’s more fun is what lies over the horizon, the next floor down in Naraku, across the river in the wider world. Everywhere you go is startlingly different. The game takes a bit from one of its side stories, Strange Journey, which had incredible variation on its moralizing Antarctic continent. That was a game where every door you opened could lead you somewhere absolutely bonkers, and IV carries that DNA with it. Everywhere you go isn’t just some dank, dreary cave: you’ll find underground waterfalls, excavation sites, city streets, and, of course, more levels that look like the inside of something truly horrid than you can imagine.

It’s that exploration that’s made Shin Megami Tensei IV the best title I’ve played all year. Maybe it’s not a game for everyone, but it’s a game for me. It’s a game for people who want to immerse themselves in strange worlds and build teams of horrible little critters, which are my two loves.

Coming Monday: An excerpt from Who Wacked Roger Rabbit? by Gary K. Wolf

Once Upon a Time Has Gone Wicked