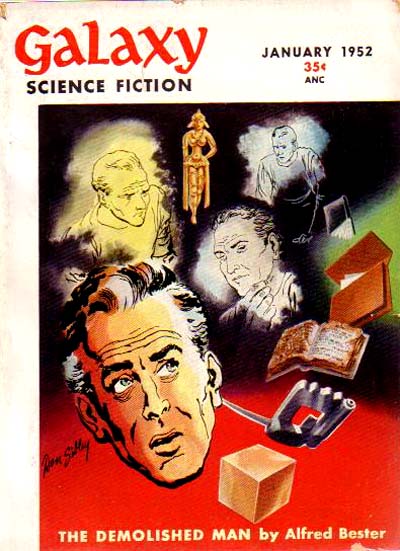 The Demolished Man is a classic of SF. The story of Lincoln Powell’s faceoff with Ben Reich is worthy of the first Hugo, and is still an entertaining read today.

Beyond the well imagined world of Espers, The Demolished Man’s strength lies in its two principal characters. Powell is the stalwart defender of the innocent, a man concerned with justice, the good guy. Ben Reich is the opposite. He’s an opportunist, a renegade who plays by his own rules, and a man who thinks he can get away with murder in a world without it.

Both men are compelling, but Ben Reich steals the show. What is it about him that draws us in? He’s certainly not a good guy, but he is the protagonist. His McGuffin is getting away with murder, and yet we’re drawn into his character so well, we can’t help but root for him a bit.

Ben Reich, on the surface, is a great man. He’s rich, famous, handsome, and he’s only forty. He owns the premier transportation service on Earth, and has his eyes set on Mars. Throughout the book, the public reacts to Reich as if he were an upstanding, friendly individual. People are anxious to shake his hand and to become his friend.

His outward charm is one of the first aspects we learn about. Ben Reich can charm the pants off of anyone. Even Powell, a police officer who’s investigating him for murder, feels off when he first encounters Reich.

A large part of his charm comes from his motto, “Make your enemies by choice, not by accident.”

It’s a surprisingly wise saying. Though the man is despicable on the inside, he’ll apologize if he thinks he’s irked his staff when they don’t deserve it. Not because he respects or likes them, but because he doesn’t want them to harbor any animosity towards him.

Even his enemies find him compelling. A man he screwed over years before, Billy Church, is swindled into helping him once again, through the sheer will of Ben Reich to get what he wants.

It’s his desire for more power, for more control and riches that drives him to murder his business rival, D’Courtney.

We learn the world is populated by Espers early on. These people are psychics, and though they vary by degree, they can read thoughts in the people around them. It’s nearly impossible to get away with premeditated murder because the Espers are able to detect your premeditation.

When D’Courtney pushes Ben Reich’s company into a corner, what does Ben Reich decide to do? Get away with premeditated murder. He may be a good person on the surface, but deep down he’s an outlaw, a man who views himself as unique and special and above reproach.

He breaks laws, throws money around, even recruits Espers to help him in his quest. It seems insane when looked at afterwards, but for Reich, it’s just another thing he can get, because Ben Reich always gets what he wants. 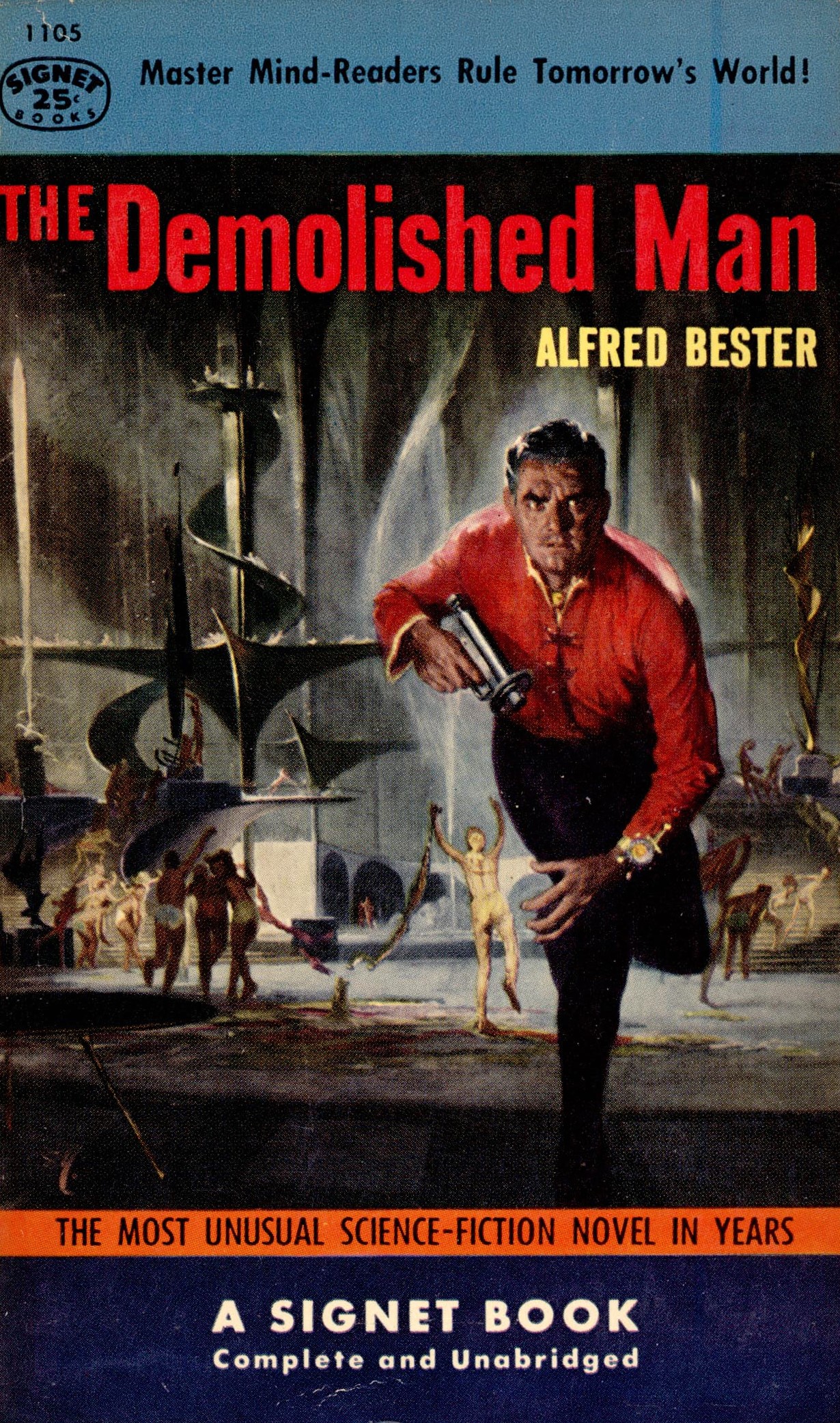 Reich can attest to this himself, far better than I ever could. When confronted by Powell, he goes on a brilliant tirade in which he justifies his actions and ruthlessness.

“We’ve got honor in us, but it’s our own code… not the make-believe rules some frightened little man wrote for the rest of the frightened little men. Every man’s got his own honor and ethics, and so long as he sticks to ‘em, who’s anybody else to point the finger? You may not like his ethics, but you’ve no right to call him unethical.”
Aside from chilling and awe-inspiring, this passage perfectly sums up Ben Reich’s view of himself. He may not be a good man, but he’s too important and special to play by society’s rules.

The Man With No Face

We’re made to believe The Man With No Face is a symbol of D’Courtney, Reich’s rival. This is through Reich’s own insistence, but the truth is far more complex.

Major spoiler here, so stop reading if you haven’t finished The Demolished Man.

The Man With No Face represents both Reich and D’Courtney, not as rivals, but as son and father, respectively. Deep down, somehow Reich knows this, and The Man With No Face is his own psyche screaming at him to cease his designs upon patricide. But his desire for wealth, his desire to win is so strong he can’t bring himself to accept his father’s olive branch, and instead sees it as a declaration of war. It’s why he can’t kill his half-sister, even though he can’t understand why.

This is interesting, because this means there’s a part of Ben Reich that’s good. It recognizes what he’s doing is wrong, and it’s trying to stop him. But the villain in Reich is too powerful, and shuts down his better half.

Perhaps this good half is why we root for Reich, because despite all we’ve read so far, we keep feeling like there’s something decent in him.

Reich is stopped in the end, but not before he’s done his damage. In an interesting twist, it turns out Demolition, which he’d feared throughout the whole novel, isn’t a death sentence, but a kind of psychological cleansing.