One of today’s roundup offerings has this to say about itself: USAF Captain Hedy Quinton joined Project Enterprise so she could travel to a distant galaxy, but never expected the headaches -a lonely AI, a cute deck officer who used to be a robot, a disgruntled allY and a passel of possibly dubious scientists. 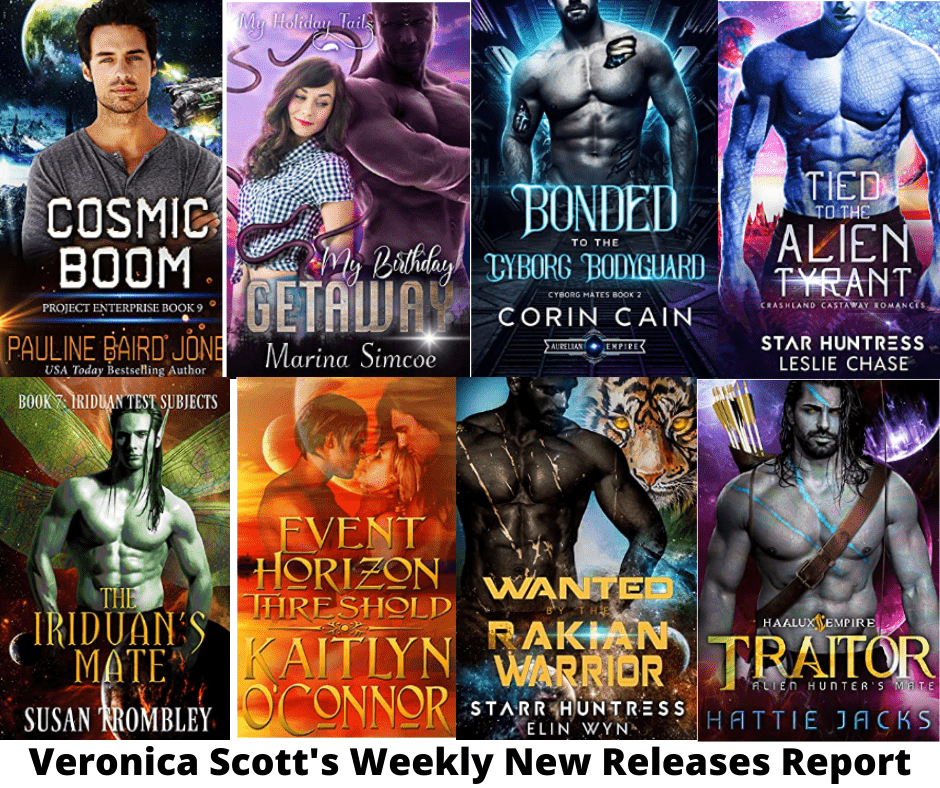 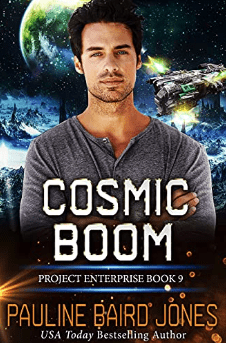 VS Note: I love this series and have been very impatiently waiting!

USAF Captain Hedy Quinton joined Project Enterprise so she could travel to a distant galaxy. Excited about her first command, she never expected the headaches that would go with it. She’s dealing with a lonely AI in her ship’s systems, a really cute deck officer who used to be a robot, a disgruntled ally who wants to be in command, and a passel of possibly dubious scientists. The only thing going for her is that none of them are named Dr. Smith.     BoomerJ—known as Boom—is still getting used to his new human body. His new form feels and needs things that his robot body never did, especially when he is around his new commanding officer, Hedy Quinton. His new emotions also make him realize something else—that his new form is fragile compared to his old one. For Hedy, the pressures of command come into sharp conflict with the longings of her heart when Boom goes down to check out the weird happenings on an unknown planet. Things don’t go well down on the planet or up on the ship, making Hedy wonder if she should rethink her life’s choices. Can their love survive a cosmic event, betrayal, and the secret of Boom’s past, or will they be destined to be lost in space? 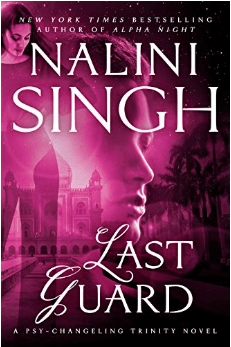 VS Note: Had this pre-ordered forever. She’s my favorite autobuy author and I looove this series.

Termed merciless by some, and a robotic sociopath by others, Payal Rao is the perfect Psy: cardinal telekinetic, CEO of a major conglomerate, beautiful—and emotionless. For Canto Mercant, family and loyalty are everything. A cardinal telepath deemed “imperfect” by his race due to a spinal injury, Canto cares for the opinions of very few—and ruthlessly protects those he claims as his own. Head of intel for the influential Mercant family, he prefers to remain a shadow in the Net, unknown and unseen. But Canto is also an anchor, part of a secretive designation whose task it is to stabilize the PsyNet. Now that critical psychic network is dying, threatening to collapse and kill the entire Psy race with it. To save those he loves, Canto needs the help of a woman bound to him by a dark past neither has been able to forget. A woman who is the most powerful anchor of them all: Payal Rao. Neither is ready for the violent inferno about to ignite in the PsyNet . . . or the passionate madness that threatens to destroy them both.

A HUGE roundup of genre happenings in Hispanoamerica