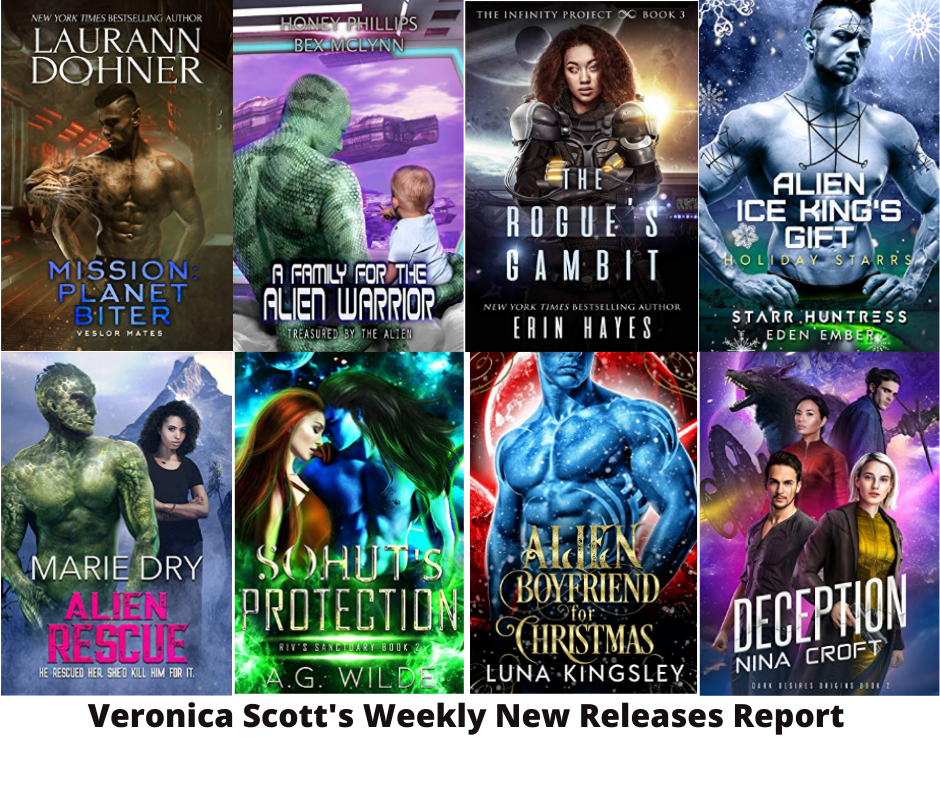 Here’s a teaser for this week’s first two books (jump to the blog to see the approximately 100 titles featured this week): 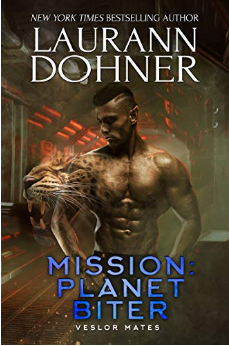 VS Note: She’s one of my favorite authors and I was so happy to have a new one from her this week…

When his Veslor grouping answers a distress call on planet Biter, Roth discovers a sole survivor. The little female isn’t rational and latches onto him like a lifeline. That surprises Roth, since most humans fear him. This one won’t let him go, but he must resist his desire for her. It’s the only honorable thing to do.

Stuck on an alien planet, her facility sabotaged and all her coworkers dead or dying, Vera Wade isn’t sure she’ll make it out alive. They’ve all been exposed to a drug that is making them crazy. She’s slowly losing all hope, until an alien shows up. He feels real, but he’s probably just another hallucination. A sexy one who seems too good to be true. Now she just needs to convince Roth that their attraction is definitely real, once the drugs leave her system…before the unknown person trying to kill her finishes the job. 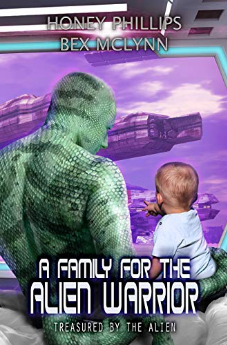 Wanda has never hankered after excitement – or romance. A quiet life as a small town librarian suits her just fine. But while she doesn’t need a man, she does want a child. Just as her hard-earned dreams come true, she is abducted by aliens. Now she’s been abandoned by her captors and assumed responsibility for two orphaned children, a pregnant alien, and a misplaced socialite. When their lifeboat is intercepted by a very large, very green, and disturbingly attractive alien, she isn’t sure if her situation has gotten better or worse. Knowing that his race is doomed, Mganak has built a peaceful, solitary life for himself. When the lifeboat he salvages turns out not to be deserted after all, he is determined to pass on the responsibility for its inhabitants – no matter how much the curvy little female and her brood arouse his protective instincts. But Wanda’s alien captors are hot on their trail, his ship is damaged, and the more time he spends with Wanda, the less he wants to let her leave. Could it be that his quiet life is not so perfect after all?