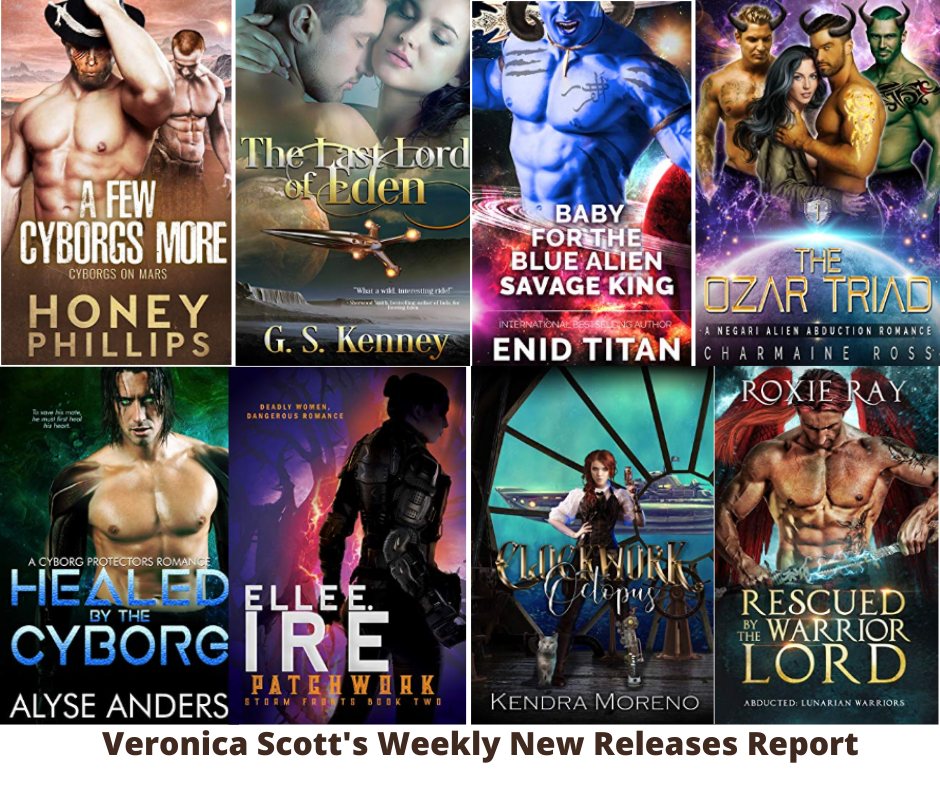 Sending out good wishes to you and your loved ones in this stressful time, hoping you’re all able to stay safe and healthy…

Two cyborg tales start us off this week… 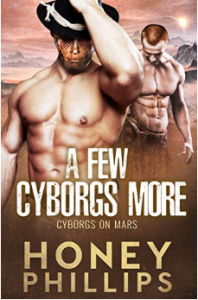 A FEW CYBORGS MORE (CYBORGS ON MARS 3) by Honey Phillips

J-817 would never forgive himself for the terrible mistake he had made – a mistake which resulted not only in his conversion to a cyborg but caused the same fate for his young private. Determined to atone for his failings, he protects B-669 during the long hard years terraforming Mars and even agrees to try his hand at mining the new planet.

Frantic to get away from Earth, Daisy seizes the opportunity to become part of the Martian mail order bride program, even though it means a dangerous new planet and an unknown husband. She doesn’t expect to find herself married by proxy to a stern older cyborg who refuses to let her close to him, but whose intense gaze creates a storm of longing inside her. And his young partner is just as attractive.

B-669 owes everything to J-817, but the other male is too buried in guilt to accept his gratitude. In an attempt to overcome the trauma of the past, B-669 arranges for a bride for J-817. Despite J-817’s original rejection of the delicate little human, B-669 can see the longing in his eyes when he watches Daisy. It’s just a matter of time before he succumbs. The only problem is, B-669 wants her just as much. When danger threatens, can they overcome their past fears and learn to live – and love – together in this harsh new world? 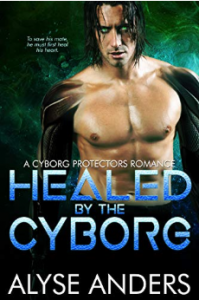 HEALED BY THE CYBORG (CYBORG PROTECTORS BOOK 4) by Alyse Anders

To save his mate, he must first heal his heart. Hallam had wanted a mate and family before the war. But with his death and subsequent rebirth as a cyborg, those things appeared to have slipped from his grasp. When he’s faced with the arrival of a ship of human women, he must fight past his primal urges to claim his human mate and do what needs to be done to save the lives of the women trapped in stasis and prevent the Sholle from discovering their ship.

Ina is a brilliant engineer who is losing her sight. When the process of having her vision repaired backfires, she must put her trust in a man who claims her as his own while attempting to use her skills to save her friends.