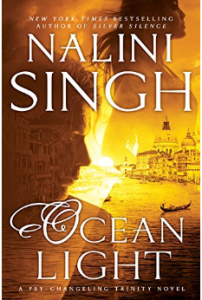 It’s that inevitable time of year when everyone who blogs or writes posts, including me, tries to come up with a meaningful look back at some aspect of 2018. In my case the perspective is science fiction and fantasy, with an emphasis on the romance novels. I’m not a big fan of the classic “Top Ten” lists because when I read a book, my level of appreciation, after getting past the basics of whether the book is well edited and free of errors, is tethered to the tropes and twists that I personally enjoy. I’m opinionated. I read voraciously but not omnivorously. I gravitate to certain kinds of books and don’t read others.

So I’m going to present you with a list of the top fifteen or so books that really stood out to me in 2018, and which have remained in my memory to one degree or another. I read so many that are perfectly pleasant while I’m inside the pages but which I promptly forget. Add to that the fact I’m busily writing my own novels all year too, and a book has to really make an impression on me to come to the forefront when I’m facing the task of assembling a list. When I looked at my kindle and went through the year’s worth of book covers to refresh my mental database, I was astonished how many titles I had little to no specific memory of until prompted.

And that doesn’t even address the ones I’d deleted from the library. (Now that would be a list of an entirely different kind LOL, but I choose to stay on the positive side!).

Ocean Light (Psy-Changeling Trinity Book 2) by New York Times and USA Today Best Selling author Nalini Singh. What I loved most about the book was the chance to see the ocean dwelling changelings, as well as the intense situation where the hero was a land-based human and the heroine was an aquatic changeling firmly committed to her ocean home. 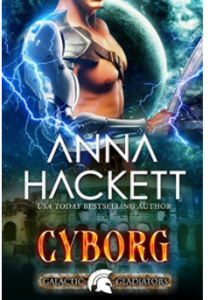 USA Today Best Selling author Anna Hackett juggles multiple series and releases a good number of books each year. Two of her titles in the Galactic Gladiator series really stood out to me in 2018 – Guardian: A Scifi Alien Romance (Galactic Gladiators Book 9) and Cyborg: A Scifi Alien Romance (Galactic Gladiators Book 10). The author has her world building firmly in place and yet still manages to bring a different twist to each new novel, while serving the overall series arc. I particularly loved the cyborg hero in the latter book, who tries to do the right thing in a very unusual situation. 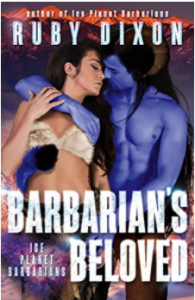 Ruby Dixon is another must read, not just because her Ice Planet novels are steamy, but because she manages to imbue her characters with surprising depth in the midst of all the hot times. Barbarian’s Beloved: A Sci-Fi Alien Romance (Ice Planet Barbarians Book 18) revolves around a human woman whose anxiety disorder was near crippling for her on Earth, let alone after being subjected to an alien abduction, a crash landing on the ice planet and the prospect of life under harsh, barbaric circumstances going forward. All of that is enough to induce anxiety in anyone but for a person who started out with the condition, it’s overwhelming.  The wonderful thing about this book is how her barbarian mate stood by her, worked hard to understand her issues and to support her in finding ways to cope. The anxiety didn’t go away, nor was it magically cured, but by the happy ever after ending, the reader knew the heroine was going to be ok.

I’m not normally a big fan of too much violence and grimness in my SFR reads, but two authors coax me into their respective novels every time without fail – USA Today Best Selling author Cynthia Sax and Emmy Chandler. 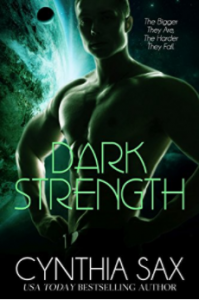 Taking Ms. Sax first, she has two series that are must reads for me – Cyborg Sizzle and Refuge. Both take place in a dark universe where BAD things can and do happen. The author doesn’t pull any punches. But her characters pull me in. Taking Vengeance (Cyborg Sizzle Book 12) had a cyborg hero who firmly believed the only good human was a dead human and that his comrades who’d fallen in love with human females were delusional. Off he goes to find his own fated mate so he can kill her to prove it’s all a farce. Only when he does locate Astrid, she hates all cyborgs and her opening move is to destroy his ship. These two are clearly made for each other but wow, does the author make them work for that happy ending. It was amusing and satisfying to watch.  In Dark Strength (Refuge Book 3), from the other series, the gatekeeper of the legendary, violent, how-does-anyone-survive Refuge is a one of a kind genetically engineered warrior, feared by all. Only we the readers know he has a soft heart deep inside and of course he finds the one woman meant for him during the book, although huge obstacles lie ahead before achieving the HEA. 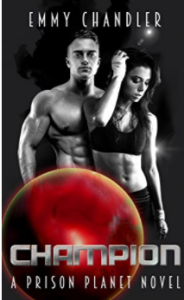 With author Emmy Chandler, her Prison Planet series is unremittingly dark, violent and grim, but fascinating in terms of how the inmates outwit their captors. As the series moved along, we got more and more information about the deadly interstellar reality show going on. Part of what made Champion (Prison Planet Book 3) so memorable to me was the additional insights into the game, but also the fact the heroine chose to battle for her life in the arena, figuring she was well enough prepared to succeed. The truth of the prison far exceeds her worst nightmares, however, and she’s fortunate when help comes from an unexpected direction. I really was on the edge of my seat through the book, wondering how the author could bring off any kind of happy ending…but she did. Of course the couple is still stuck on the planet but it was a Happy For Now situation I could accept with no problem. 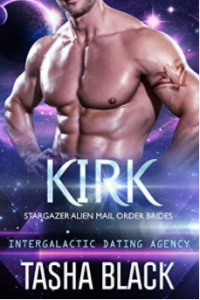 On a more light hearted note, Kirk: Stargazer Alien Mail Order Brides #10 (Intergalactic Dating Agency) from USA Today Best Selling author Tasha Black was really fun. Much of the action took place at a fan conference reminiscent of Comic-Con and the heroine is an actress who once played a role on a Star Trek-like series and has been forever imprinted in the public mind as that character, complete with a catch phrase. The book reminded me a bit of the movie ‘Galaxy Quest’, especially since the hero is an alien whose view of Earth comes from watching 1980’s TV broadcasts. There’s much confusion for everyone and I thoroughly enjoyed the situation and the romance. 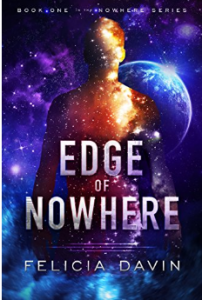 I’ve raved about Edge of Nowhere by Felicia Davin in this space before. Kit, the hero, has a crazy fashion sense and the ability to travel to virtually any destination through what’s known as the Nowhere and transport other people and items with him. One day he gets an offer too good to refuse (which is always a bad sign) and transports Emil Singh, a corporate security officer, but the trip goes awry. These two seemed like such a mismatched couple in the beginning and it was fascinating to learn more about each of them as the book progressed, amid many science fiction twists and turns. The world building was great, I fell in love with several of the colorful supporting characters and there were even cats. 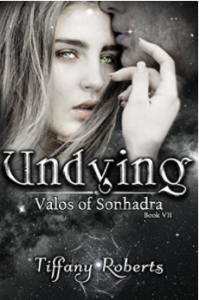 The husband and wife writing duo that forms USA Today Best Selling author pen name Tiffany Roberts had three titles on my 2018 year end list of memorables. Their Kraken series, taking place on a cutoff colony world, with a race of mutated undersea dwellers pitted against descendants of the colonists on the surface, is well developed and full of ingenious details. Their standalone title Claimed by An Alien Warrior was a classic tale of the imprisoned alien soldier escaping the evil government and fleeing across the continent to retrieve his hidden ship, accompanied by a plucky human woman. Undying , written as part of the shared universe Valos of Sonhadra, was an unforgettable novel with unique scifi ideas. The alien hero whose slightest touch kills whether he wants it to or not, has been left alone for centuries in a dead and abandoned city, when a human woman escapee from a crashed prison ship arrives, needing help. I had a hard time imagining the authors would be able to resolve the barriers they’d created and bring about a happy ending…but they did. 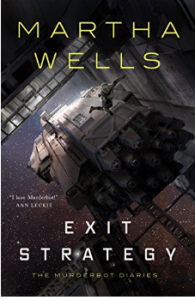 I have to mention New York Times and USA Today Best Selling author Martha Wells’ Murderbot Diaries series, which isn’t romance but terrific hard science fiction about a SecUnit gone rogue, making its own decisions, blazing a trail through the galaxy by doing the totally unexpected, all the while binge watching favorite entertainment series. There are life and death stakes here, not only for the self-styled Murderbot but for various humans along the way. Just a wonderful, engaging series.

A few more that made my SFR “stayed in my memory bank inagoodway” list:

Breakaway (Verdant String Book 1) by Michelle Diener (includes action on a tethered way station going from the planet’s surface to the top of the atmosphere, which was a WOW)

Which books were your most memorable reads in 2018?

Demons of the Night: Early Stories by Seabury Quinn