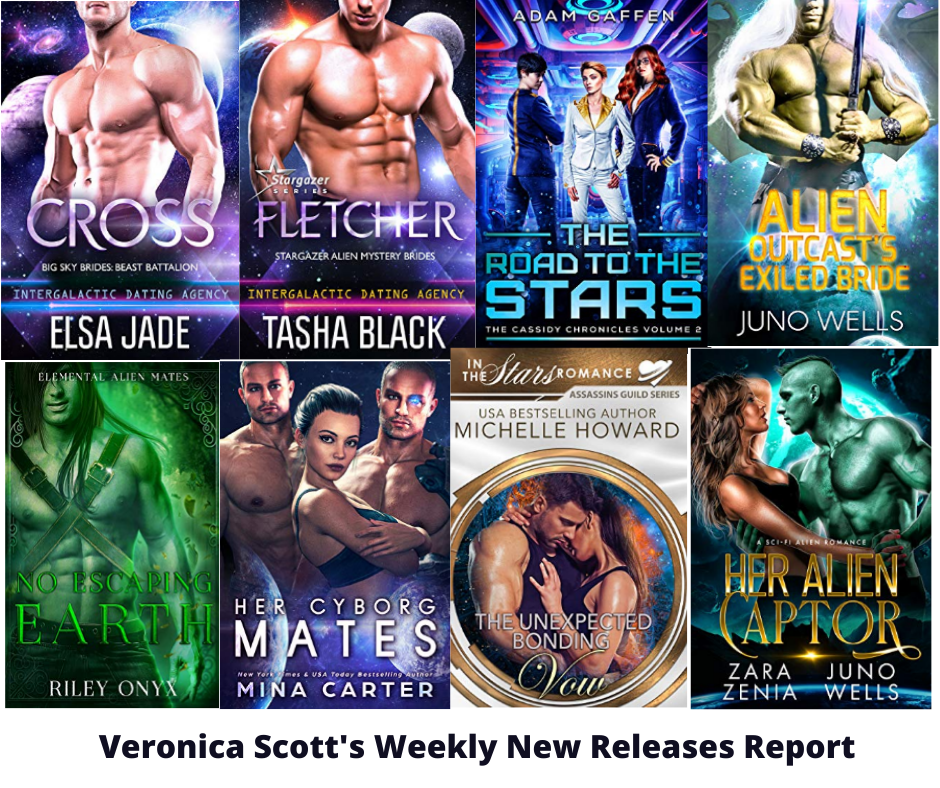 Here’s a teaser for this week’s first three books (jump to the blog to see the approximately 85+ titles featured this week): 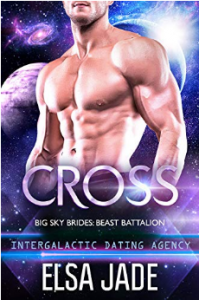 A strange bargain…Tyler Lang took the offer for a data-processing job in Sunset Falls, Montana—“Big Sky Country: Where the stars are close enough to touch!”—as a chance to escape a humiliating breakup. Mr. Evens’ Odds & Ends Shop sounded like a great place to hide and focus solely (meaning ALONE) on her beloved numbers. Except she’s constantly distracted by the looming presence of the shop’s weirdly hot security guard. What kind of thrift store in the middle of nowhere needs protection? Not to mention a guard literally hot enough to make her computer smoke. These numbers just aren’t adding up. A secret task…As captain of his banished beast battalion, Wyvryn Cross will take any job that keeps his fighters free from intergalactic incarceration. He’ll even work for a devious Dirter who claims to be reopening a defunct Intergalactic Dating Agency outpost on Earth. Cross doesn’t believe in a “universal mating algorithm”…until his smoldering gaze alights on the shy female who doesn’t know anything about aliens on Earth and doesn’t even realize she’s writing a love code. Unfortunately, suddenly smoldering eyes are a bad sign in a Wyvryn. A last chance…

They should just do their jobs and go their separate ways, but when a mysterious saboteur tries to shut down the Intergalactic Dating Agency before it opens, Tyler and Cross must work together to perfect her code. Even if that demands some hot kisses under the bright Montana stars. 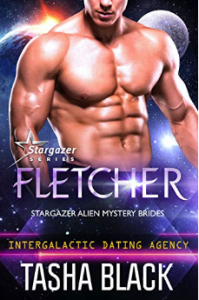 Jana Watson used to be embarrassed of her larger-than-life physique, then a stint in live theatre taught her to love herself just as she is. Now she is on her way to the role of a lifetime. When a drop-dead gorgeous alien professes his love, her lifelong career plan is put to the test.

Fletcher’s big body was designed to attract the women of Earth. But the only one he actually wants seems determined to ignore the undeniable heat between them. He’s trying his best to give the fearless beauty the space she needs. But he’s traveled lightyears to find her and he’s not about to give up now. When the mysteries in town begin to escalate, the two are thrown together on a dangerous mission for the detective agency. Can Jana resist her growing bond with Fletcher and keep her eyes on the prize? Or will he finally convince her that she can have it all? 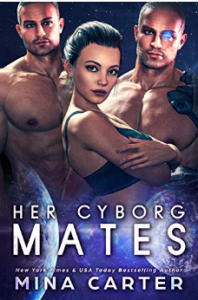 Even the most feared beings in the galaxy need love…A cancer class cyborg, all Cael has ever known is war and pain. The love and support of her unit is all that kept her going even in the darkest days. But only two of them make her burn with need and desire, but she can’t let it show. They’re gemini’s, coded for seduction, and she knows they’d never look twice at a nerdy cancer like her. She’d die for them, but kiss them? Romance? She’s not brave enough to make that first move…She’s all they’ve ever wanted, and everything they think they can’t have…Infiltration units pulled from their tanks at the same time, Eoin and Archon have always done everything together. Every battle, every undercover mission for the fleet, they’ve been by each other’s side. The one thing that could come between them? Cael, their unit’s delicate, beautiful cancer class. They’ve shared before, can they persuade her that her future lies with not one of them, but both? But life as the galaxy’s most feared and hunted race is never easy. When Cael is taken by their enemies, she must make a choice. Her life or the lives of the men she loves.

New England is locked down, a strict curfew the only way to stem the wildfire spread of a rabies-like virus.