A not fully function cyborg, alien saviors, an AI God, an alien bounty hunter, an assassin tasked with targeting children, a woman kidnapped for an alien breeder program and vampire family politics round out this week’s offerings.

I’ve got a full slate of action packed new releases to share so let’s jump right in, shall we? 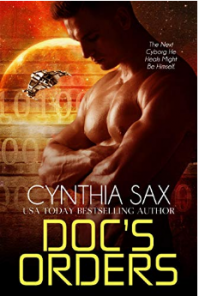 USA Today Best Selling Author Cynthia Sax serves up sizzling cyborgs and her Doc’s Orders (Cyborg Space Exploration Book Two) continues that fine tradition. She doesn’t shy away from going to some dark places in her plot but there’s always a Happy Ever After and a lot of steamy in-betweens. The blurb: She wants both sides of her cyborg—the medic AND the beast.

A fully functional cyborg is balanced. His machine half and his organic half work together to produce the perfect warrior.

The G Model operates at the two extremes. When his machine is in complete control, he’s the logic-driven medic, saving lifespans. Once his organics take charge, he becomes the savage beast…and beings die.

Both sides of Doc want to be the first to claim his female.

Allinen is one of the few beings in her small settlement who wasn’t born with a fated mate. Determined to belong somewhere, she has crafted a plan to leave the planet.

That plan doesn’t involve a huge stormy-eyed male who alternates between cool seduction and out-of-control ravishment. Doc isn’t her fated mate. Allinen knows that. But his dual nature and forbidden embraces tempt her to forget forever and indulge in more immediate delights.

Neither side of Doc views their relationship as being temporary. Her conflicted cyborg is prepared to battle her family, her planet and death itself to keep her. 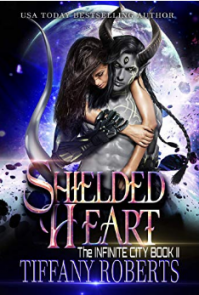 The husband and wife writing duo who make up USA Today Best Selling Author Tiffany Roberts are experienced and avid gamers and that set of skills shows very plainly in their world building and adventure. I was excited to have this second book in their Infinite City series on my kindle. Shielded Heart has a fascinating hero who was first introduced in book one as a supporting character so it’s nice to see him move to the front and center now. The story: Arthos, the Infinite City, is a place of alien wonders and indescribable beauty—and, most importantly for Samantha, it’s also halfway across the universe from her abusive ex-fiancé. She came to the city desperate for a fresh start, but she finds herself downtrodden on a world of aloof alien beings with little hope of finding her place—and a good chance of being kidnapped or killed before she can even settle in.

At least until she is saved by an irresistible alien with piercing eyes and a seductive smile.

Alkorin is the living embodiment of temptation, and he makes no effort to disguise his desire for her. But when his past threatens to drag her into a dangerous underworld, she discovers he isn’t who he claims to be. After enduring so much suffering, can she bear to take a leap of faith with this mysterious alien? Can she trust him with not only her life, but her heart? 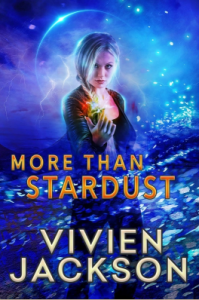 It’s been a two year wait for More Than Stardust, the third book in Vivien Jackson’s Wanted and Wired series but there’s been no loss of energy in the plotting or terrific world building. The plot: She never wanted to be a god. She only wanted to be a girl.

Chloe, a self-aware, highly illegal nanorobotic artificial intelligence knows a thing or two about wanting. The growing machine rebellion wants her to become its god. The technocratic global consortium wants to cage her, take her apart, and reverse-engineer her. Her family wants to keep her a secret. Her best friend Garrett wants her safe.

Chloe is a thing made of wants. And it’s time the world knew hers. 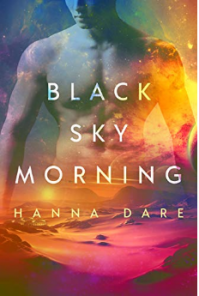 Xin knows how to look out for himself, and he knows when something sounds too good to be true. But a forgotten planet filled with riches is too tempting to pass up. Fortunately Xin also knows someone who can back him up – if he doesn’t arrest Xin first.

Jonathan Gray used to believe in a better future. Now he’s not so sure. Then Xin walks in, with his dark eyes and maddening smirk, and Jonathan feels like he’s waking up for the first time in months. Well, parts of him at least. He knows Xin is trouble, but when trouble looks this good it’s impossible to resist.

Two men. One dangerous planet. To survive they need to trust each other – too bad neither of them does trust. 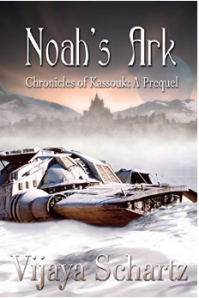 Longtime science fiction romance author Vijaya Schartz has given us Noah’s Ark, the prequel to her Chronicles of Kassouk series. The blurb: When Trixie’s starfreighter, Noah’s Ark, drops out of jump space in an uncharted part of the universe, she believes the Earth-like planet on her viewer represents hope and salvation for her motley crew and the ragtag settlers aboard her ship.

Kostas, ex Space Marine, the expert survivalist recruited for this expedition, doesn’t believe in coincidences, and knows that when something looks too good to be true, it usually is.

Everyone on this voyage to seed a new planet with life, is running from something, and harbors dangerous secrets… including Trixie, who vowed to never let a man control her life again. As for Kostas, he would get lynched on the spot if anyone suspected who he really is.

But on this seemingly abandoned planet, others are watching, herding them for evil purposes… And when the truth emerges and secrets unravel, Trixie and Kostas will have to fight for survival, for freedom, and for the right to love… 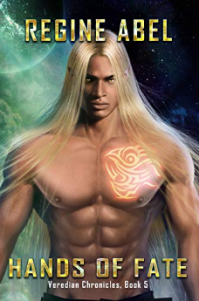 Regine Abel, an SFR author who lists professional Game Designer and Creative Director among her many experiences, has released Hands of Fate, book five in her Veredian Chronicles series. The blurb: Thirty years ago, Xevius defied his orders by refusing to assassinate the woman who would birth the future mother of the Veredian Titans. Today, his government demands that he atones for that failure by ridding the world of those children before they grow even more powerful. While on that mission, he feels the pull of the Tuning—the psionic call of his true mate. To complicate matters, his woman turns out to be the military leader and protector of the Veredians.

With tension rising between her people and the Xelixians, the last thing Kamala needs is a Korlethean assassin hunting the Veredian children. Attempting to eliminate him first should be an easy decision, except for the fact that he’s her soulmate. Swaying him to their side could be the key to solving many of their problems, but at what cost to him and his people?

As dire visions and prophecies multiply, Xevius is torn between his conscience, loyalty to his people, and his love for the woman who has captured his heart. 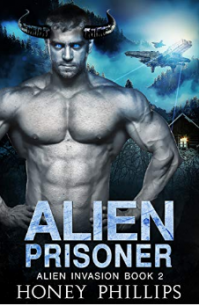 Rachel is too busy working to support her brother and her helpless mother to worry about the aliens taking over Earth – until she breaks one of their rules and finds herself imprisoned on a spaceship with a group of other human females. Determined to find a way to escape and return home, her overwhelming attraction to one of the massive horned warriors is an unwanted distraction, no matter how strong the bond between them.

Commander T’chok knows that intimate contact with the potential Breeders is forbidden, but never has he met a female who stirs his blood like Rachel. With her propensity for trouble, she needs a strong mate to protect her, care for her – and provide her with a firm, guiding hand.

Can Rachel escape her prison and the alien warrior who is determined to claim her? Or will T’chok do whatever it takes to keep her? 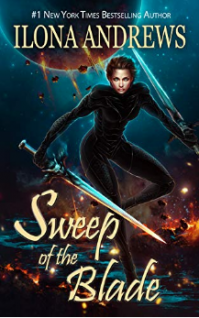 The Innkeeper Chronicles is one of my all-time favorite series from the husband and wife duo who make up New York Times and USA Today Best Selling Author Ilona Andrews. I had Sweep of the Blade, the fourth book in this series, pre-ordered from the moment it first showed up and the book doesn’t disappoint. The blurb: Maud Demille is a daughter of Innkeepers—a special group who provide ‘lodging’ to other-planetary visitors—so she knows that a simple life isn’t in the cards. But even Maud could never have anticipated what Fate would throw at her.

Once a wife to a powerful vampire knight, Maud and her young daughter, Helen, were exiled with him for his treachery to the desolate, savage planet of Karhari. Karhari killed her husband, and Maud—completely abandoned by his family—has spent over a year avenging his debts. Rescued by her sister Dina, she’s sworn off all things vampire.

Except… In helping Dina save the world, she met Arland, the Marshal of House Krahr, one of the most powerful vampire houses. One thing led to another and he asked for her hand in marriage. She declined. Arland is not used to hearing the word ‘no;’ and try as she might, Maud can’t just walk away from Arland. It doesn’t help that being human is a lot harder for Maud than being a vampire.

To sort it all out, she accepts his invitation to visit his home planet. House Krahr is extremely influential and Maud knows that a woman—a human, with a very questionable past—who’s turned down a proposal from its most beloved son won’t get a warm reception. Maybe she’s not sure about marrying Arland, but House Krahr isn’t going to decide for her. Maud Demille has never run from a fight, and House Krahr will soon discover that there’s a lot more to Maud than they’re expecting.

See you in two weeks with more new releases! Until then, I wish you many hours of happy reading.

A handful of new releases