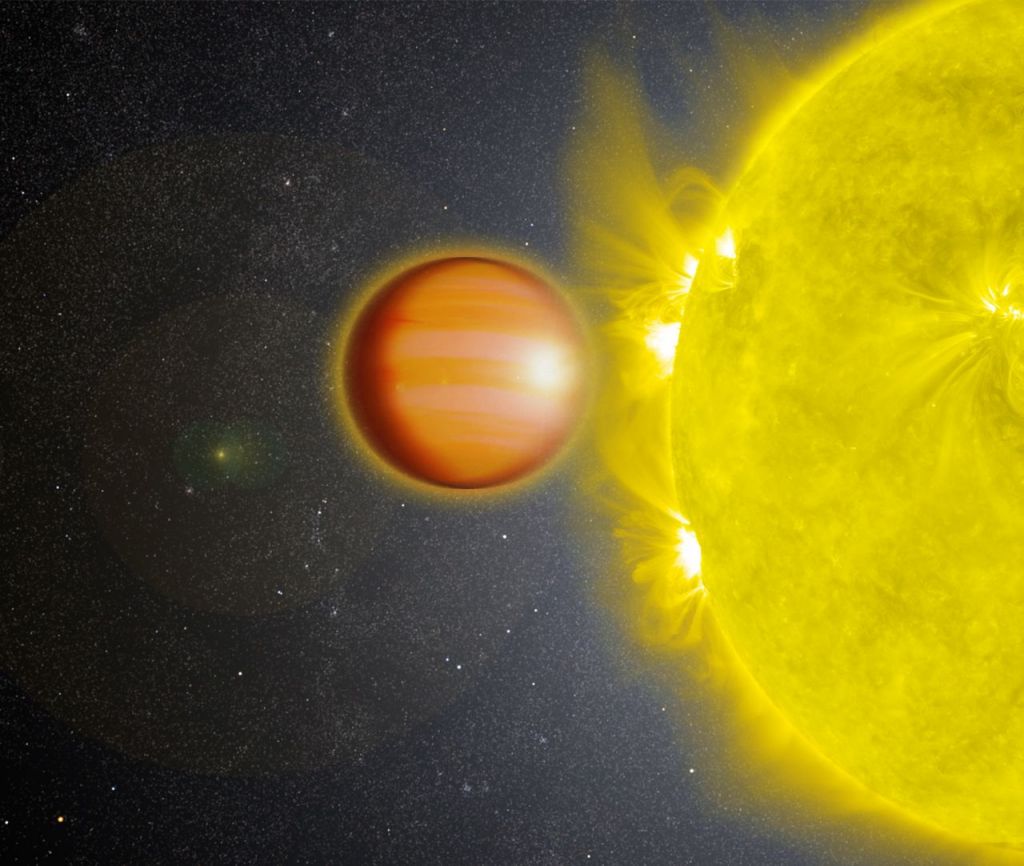 A NASA-led team has found evidence that the oversized planet WASP-18b is wrapped in a smothering stratosphere loaded with carbon monoxide and devoid of water. The findings come from a new analysis of observations made by the Hubble and Spitzer space telescopes.

The formation of a stratosphere layer in a planet’s atmosphere is attributed to “sunscreen”-like molecules, which absorb UV and visible radiation coming from the star and then release that energy as heat. The new study suggests that the “hot Jupiter” WASP-18b, a massive planet that orbits very close to its host star, has an unusual composition, and the formation of this world might have been quite different from that of Jupiter as well as gas giants in other planetary systems.

At first we thought Andromeda was going to do us first, but now it looks like the LMC is going to beat it to the punch